The antique shop owner’s journey says a little bit about the antiques they sell in their shops.

Showcases filled with items placed close together, each containing history and a price tag to go along with it. Each piece sitting waiting to be placed in a home only to be recycled when the owner decides to get rid of it or dies.

The item travels until it makes it to a new owner. Most likely it will end up in an antique shop sitting and competing with other aged items waiting to be bought once again. The item—an antique—goes on living. Its life was preserved with the help of an antique dealer.

Each antique shop has a story and an owner to go along with it.

Having a Little Bit of Everything
Hope M. Chudy is one of many antique shop owners in Massachusetts.

“There is something in here for everybody,” said Chudy when speaking about the antiques in her store.

She is the sole proprietor, as listed on her business card, of Downstairs at Felton Antiques in Waltham, Massachusetts. Chudy has owned her shop for about 17 years. She had her 17th store anniversary on May 3, 2022, of this year.

There are 40 antique dealers at Downstairs at Felton Antiques who rent space from Chudy. In addition to antiques from dealers, Chudy has her own antiques displayed for sale throughout her approximately 6,000-square-foot store. That’s three rooms filled with antiques.

Before becoming an antique shop owner, Chudy was an office manager. However, she always had an interest in antiques. During that time, she rented space to sell antiques from the previous owner. The last owner wanted to sell the business, so Chudy took it over for her. She first bought the shop downstairs from a woman and then bought the upstairs shop from a couple. The previous upstairs antique store was called Mass Antiques Coop. The downstairs antique shop had a similar name to the current name.

Her shop is what is called a group shop, which is a store that rents out showcases and wall space to dealers, according to Donnie, an employee at Downstairs at Felton Antiques who takes care of the jewelry in the store. The shop is also a consignment shop.

When asked why she loves antiques, Chudy said she likes that they have been through history.

Chudy also loves antiques, “because it is the ultimate in recycling.” she added.

“Things were made better than they are today,” she said firmly.

Chudy specializes in American art pottery, which can be found in her store, and “a little bit of everything.” She only allows true antiques in her store. She accepts nothing new. The antiques have to be from no later than 1975. Each antique in her store adds to the already neatly packed showcases, aisles, and walls filled with great condition price tagged antiques waiting to be bought.

Not all antique shop owners have similar shops.

Mixing the Old with the New
Laura Cousineau’s shop Upstairs Downstairs Home is an example of a very different type of antique shop. Her shop is in the Beacon Hill neighborhood.

Before owning an antique shop, Cousineau had an interior design and textile design business. When her kids began school, she decided to buy her very first antique shop. Since 2011, she has owned an antique shop for 12 years.

“I pick every piece that goes into the store,” said Cousineau.

She stressed that she does not accept consignment. Cousineau has built a network of people who sell her antiques. She buys antiques and other items mostly from people in the neighborhood trying to get rid of their possessions. She looks at the pieces first, and if she likes the antiques, she buys them.

Prior to the current store location, Cousineau owned an antique shop down the block. She has been at her new location for about a year and a half.

On Charles Street, her shop is one of the few that has survived.

“This used to be a very nice place for antiques,” said Cousineau.

There used to be about 32 shops on Charles Street. now there are about seven antique shops, according to Cousineau.

Cousineau specializes in Federal style, Sheridan style, whitewash, and some country looks. Styles that are very popular in the neighborhood.

Specializing in Unusual Metals
Some antique owners have shops that are tailored to their specialization.

Drivers and pedestrians can find Mel Rosenburg sitting outside his shop. With a full beard, yellowish shoulder-length locks, a cap, glasses, hands decorated in metal rings, and nails covered in some residue of oil is Mel.

Rosenburg is the owner of Brass Buff Antiques located in Newton, Massachusetts. He specializes in, “unusual brass and copper items,” according to his business card. Added at the very bottom of his business card in bold capital letters reads, “WE POLISH BRASS & COPPER.”

One look inside his store, potential buyers will see a semi-narrow path of concrete for them to walk on. Along the concrete path are piles of brass, copper, wood, and other metals, which are unusual antiques as listed on his business card.

He has antiques from all over the world even though he mainly sources his antiques in the U.S.

Rosenburg has been an antique shop owner for about 45 years. Before owning his shop, he had a range of jobs such as paint factory worker, construction worker, realtor, and he ran a flea market. Of all his past jobs, he enjoys owning an antique shop the most.

He remembers going up and down the streets of Chelsea, Massachusetts buying from scrap metal junkies. At junk yards, he would buy by the pound and sell by the piece.

When asked why metals?

“My grandfather used to be a junk man,” responded Rosenburg.

“I guess I inherited it from him in some way,” he added while laughing.

In his store, he held an Egyptian plate and pointed to the three metals decorating it: brass, copper, and silver plate.

“People like what I do,” said Rosenburg when asked why he is still in business.

With the help of antique shop owners who fight to keep their shops open, antiques stay in business. Each antique shop owner has a story to tell, a specialization, a personality, and an urge to help the industry live.

“I’m successful because I do not change,” said Rosenburg while laughing. 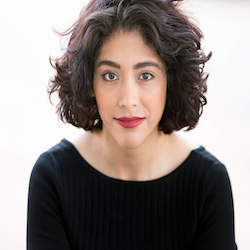