Noah Britton is a comedian who does not like improvisation and believes that interaction with the audience  is unnecessary.

“A lot of audiences are really into the idea that it’s a give-and-take process. But it’s not. It is just like reading a book or watching TV,” he said.

Britton once was a counselor at an improvisation camp for kids where he taught them comedy. While there, he met with Jack Hanke, Michael Ingemi and Ethan Finlan. He called them “the funniest ones.” Then they started a comedy troupe about three years ago.

Soon they realized this is a lot bigger than any of them have expected because their second show was sold out based on one newspaper article. The troupe has performed in Salem restaurants, the Somerville Theater, at several local schools and the Out of Bounds Comedy Festival in Austin, Texas as well.

“I knew it would be a good fit for an eclectic and curious audience base here in Austin. It’s awesome to watch them being unashamed to do whatever they want in their performances,” said Jeremy Sweetlamb, the executive producer of the Out of Bounds Comedy Festival. He booked the troupe to the festival last year after watching some of its shows. “They’re held back by nothing and don’t appear to be out to please anyone. It’s refreshing for people to see that and necessary to preserve true self expression, which, of course I hold up as an important value,” he said. 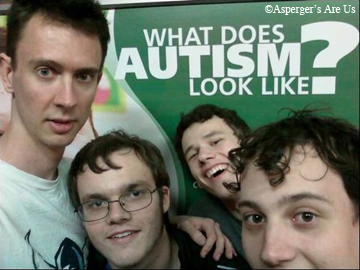 Their comedy group, Asperger’s Are Us, is being called the very first comedy troupe consisting of openly autistic people. However Britton doesn’t like this honor.

“I guess in press you have to be able to tell a specific story with a grabbing idea and saying this is the first comedy troupe with people with Asperger’s. Whereof you keep saying this is a bunch of people who are funny, that’s not very interesting,” said Britton.

The troupe does know that the only reason they have got so much media attention and as many fans as they have is because they are interested in the fact that the four of them have Asperger’s. Britton considers this unfortunate in that a lot of people are interested in seeing how they overcome adversity.

“And that’s not what everybody would appreciate for. You want to be appreciated for being an funny comedian,” he said.

So Britton wears the troupe’s official T-shirt that sums up their attitude. It reads “I don’t want your pity.”  Britton said they don’t want audiences’ pity, they want them to laugh. 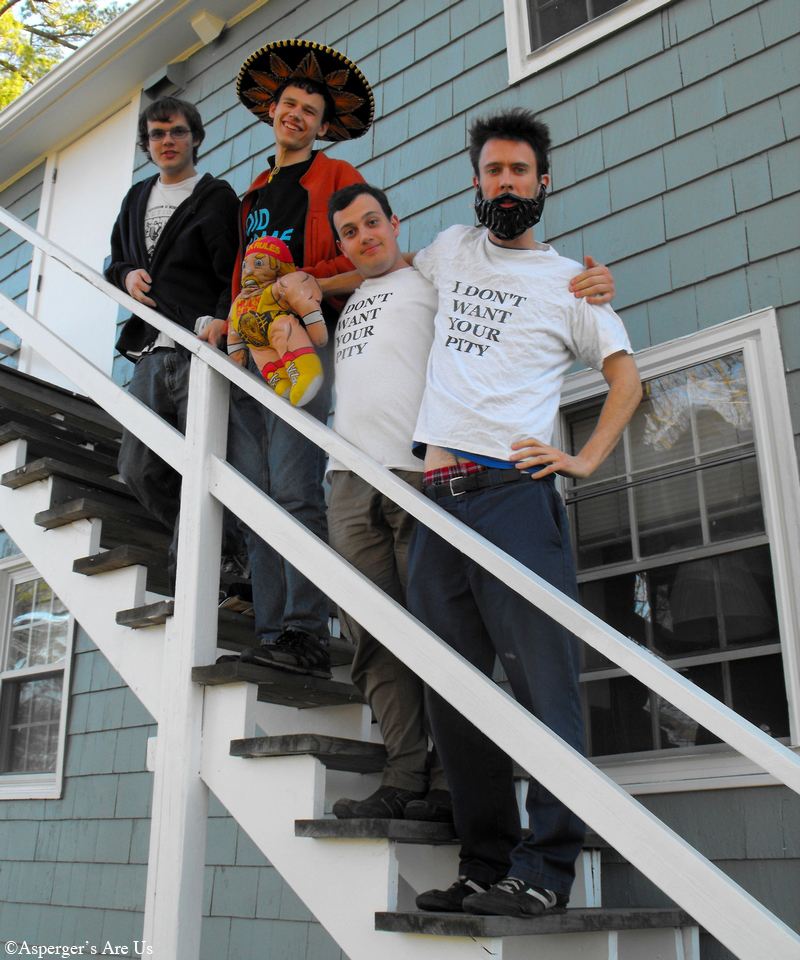 Though they didn’t form this comedy group to teach people about autism, in the process that is something they are doing and they are happy to do that. Britton said he wishes more people could understand that autism is not necessarily a problem nor a death sentence.

“I would want them to say that that’s really funny and it was really unusual and then to realize the reason it was so funny at a specific way is because these people being autistic and they can appreciate the uniqueness of autistic people they know and also see them as humans.” Britton said, “The worst thing about the way autism was perceived is people start thinking us as different species.”

Britton said he was diagnosed when he was a freshman at Boston University. He was doing a paper assignment about giftedness and he looked up “gifted children” on the website.

“I found this article about Asperger’s and I’ve never heard about it. This was in 2002,” he recalled thinking, “I read the first sentence of this article and it just said Asperger’s is a form of autism, a person could have average or above average IQ, and it struck me like lightening just from that one sentence.”

Britton said that he had always felt a kinship with nonverbal autistic people and understood what they were thinking when they could not speak in certain ways. And he would be surprised that others could not.

“Intuitively I knew this is the reason everything has been confusing for the last 20 years,” said Britton.

After being diagnosed, Britton started feeling free and understanding himself for the first time. After he read some websites that said autistic people should retain their flexibility  he started to follow that rule for a while. But he said that was foolish. “It took me a lot of years to realize that any difference has its good and bad sides. If you can maximize the good and minimize the bad then you are doing well,” he said.

“If you grew up in a place where people say shaking hands is important, if you don’t shake hands with someone (then) that is an offense. We don’t have that kind of internal understanding because that is not a part of our culture.” He added, “and it takes awhile for an autistic person to understand, and some of them never do.”

He also explains that autistic folks can be ok with having the same conversation every day. One joke they repeat is about Ethan once forgot to bring the phonograph to the show. “This is just one joke we have during the show for two seconds, but we reference it all the time,” Britton said, “It does not lose its power to be funny because we change so slowly so the same joke is hilarious every time. And again that’s also a cultural difference which is annoying to people who do change quicker.”

The comedy troupe would perform three or four shows per year. Since they don’t do improvisation, it’s like a brand new play every time. They have to write sketches and rehearse them about 12 hours a week for 3 months before every show. Britton said most of those sketches are not about autism but they do reference it in every show once or twice. Some of their sketches are satires about people’s views of autism.

“Everytime we do a performance before hand we get together backstage and just talk about what we want,” Britton said, “And we always remind ourselves that we want to remember our lines, we want to not miss our cues, we want to be funny. But more importantly we really want to feel everyone was loved at the end of the show and make everyone feel really good about everything in a way that they have it and also give them a totally new perspective.”

For show information of Asperger’s Are Us, they can be followed on Facebook. 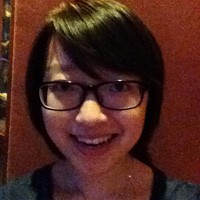