The cityofboston.gov website reports that with blue bins distributed across the city, 2011 saw a 45 percent higher recycling rate than 2009, but industry experts seem to be split on their perception of success.

“The value of material is worth more with dual stream,” said Tom Flanagan, sales vice president of JRM Recyclers in Peabody. The company is one of the recyclers processing trash from Boston.  “Single stream affects the quality of paper that comes out of sorting.”

“Single stream is increasing because of the convenience to resident recyclers,” said Jeff Coyne,  executive director of Earthworm Recyclers, a Somerville hauling company with more than 750 clients in Greater Boston.  Municipalities lean towards single stream because collecting multiple materials (dual stream) is more expensive, he said.

The convenience of throwing all recyclables in one container has its consequences. From wet paper to crushed glass, the mix of trash leaves about a quarter of recyclable material unusable, according to a study by the Container Recycling Institute. This unusable waste often finds its way to either incinerators or one of the many landfills, the study says.

Massachusetts’  Solid Waste Master Plan reports the capacity of the state’s landfills was two million tons in 2010 and would be 600,000 tons by 2020. The fast-filling landfills and high cost of garbage disposal have environmentalists demanding an updated Bottle Bill that would extend deposits on water and sports drink containers. The 2013 Solid Waste Master Plan focuses on reducing solid waste disposal by 30 percent by 2020.

With recyclables commingling in a blue cart, shattering glass becomes another problem. “Paper tends to grab glass,” said Flanagan. The embedded glass is almost impossible to remove from paper deeming it useless, he explained.

“I find the city to be antiquated in its trash and recycling education and systems,” said Tina St. Gelais Kelly, an East Boston resident who favors the city’s single-stream program. “How can we teach our kids to take care of our earth with out giving them the tools to do so? We can do better in Boston.”

With an increasing population, the city is also dealing with higher garbage disposal, said Bess Beller-Levesque, coordinator of the Boston Recycling Coalition. “We are seeing an upper trend towards recycling, but we are also seeing a favorability towards incineration,” she said. “ As the landfills fill out more, a lot of governments tend to focus more on incineration.”

In May 2013, Gov. Deval Patrick eased a 23-year-old moratorium on allowing new incinerators to be built in Massachusetts. Citing that without a combustion plan, the state would eventually ship out 700,000 tons of garbage each year, the state’s Solid Waste Master Plan called for these changes.

The Solid Waste Master Plan aims to reduce Massachusetts’ solid waste by 30 percent by 2020 and 80 percent by 2050.  Keeping plastic and paper out of landfills is a crucial part of achieving the goal. Paper takes up to 50 percent of the space in landfills, according to the Environmental Protection Agency.

Despite higher hauling costs, many Massachusetts’ cities and towns  have been switching to single-stream recycling over the years.  The city of Cambridge, which moved to single-stream recycling in November 2010, saw a 12 percent increase in waste getting recycled.  “We were paying $75 per ton for disposing trash,” said Randi Mail, director of recycling in Cambridge. “We now pay $20 per ton for recycling, which is almost equal to what we make.”

The increasing garbage disposal cost and fast-filling landfills have led many non-profit groups to suggest policy change and introduce a pay-as-you-throw (PAYT) system. The system usually requires households to buy pre-paid stickers for trash bags, which cover the disposal fee. Currently, Boston spends about $82 per ton to dispose trash in landfills.

According to a study commissioned by the city in 2011, PAYT would bring down waste production by 20 to 30 percent and boost recycling by 10 to 20 percent. A large population of low-income-households has kept Boston from adopting the system. However, the report argued that households pay for disposing waste anyway in property taxes, so PAYT would only slice money out of what residents are already paying.

“If they separate out the tax fee, households can have control on choosing box sizes or pickup frequency,” said Lor Holmes, co-founder of Cooperative Energy, Recycling and Organics (CERO), a recycling start-up  company working with local businesses in Dorchester and Roxbury. “We should have stuck with dual stream and put more money in education.” 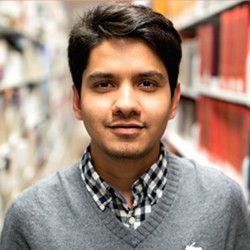