Regina Gibbons, an acupuncturist licensed by the Massachusetts Board of Registration in Medicine Committee on Acupuncture, is a seasoned clinician and has run a private acupuncture practice in Marblehead, Mass. since 2000. She describes the ins and outs of acupuncture and how it can appease the growing epidemic of prescription drug overdoses.

The growing epidemic of prescription drug abuse is a complex issue that does not have a simple solution, according to local addiction specialists.

The country is living in a culture where getting a prescription for pain, depression, anxiety or other mental health issues, will solve the problem, but people are unaware that it can lead to abuse and death.

Prescription drug use has rapidly increased in the last 20 years, turning this trusted remedy into a dark killer.

Dr. Timothy Wilens, director of Substance Abuse Services in Pediatric Psychopharmacology and the director of the Center for Addiction Medicine at Massachusetts General Hospital, said that the first steps in addressing the issue are education and eventually informing patients that there are existing pain management alternatives.

“There needs to be a multi-faceted approach to monitoring prescriptions, educating parents about misuse and reminding people, mostly young adults, that you can die,” Wilens said.  “People don’t really realize that this is going on and that overdoses from opioids have surpassed motor vehicle deaths in young adults.”

Instead of popping a pill for relief, the medical field offers alternatives to managing pain that most people don’t think of trying, including acupuncture and relaxation/meditation medicine.

Acupuncture is a form of traditional Chinese medicine that involves stimulating vital points on the body by penetrating the skin with tiny needles.  It has been proven to help treat anxiety, depression and pain, but is not as widely used as prescription drugs because insurance doesn’t cover it, said Regina Gibbons, a license acupuncturist.

Swampscott, Mass. resident Virginia Franklin, 33, has been an acupuncture patient since 2011 and after experiencing physically debilitating migraines, she said that it’s “not an option to go back” to life without it.

Franklin has suffered from migraines on and off for her whole life.  In 1999 she had her first migraine “episode.”  Her migraine came on fast and was so bad, she said, she experienced aphasia, or the loss of ability to speak and comprehend speech, for almost 10 hours.  She was transported to Salem Hospital and underwent extensive tests, including CAT scans, MRIs and an EKG, but all came up inconclusive.

Time went by and she functioned somewhat normally, until she had another episode in 2011.  That was the last straw for Franklin, and she tried something else besides taking pain relievers up to four times per week, and a low dose of Inderal, a drug used to treat high blood pressure, tremors and migraines.

After her first session, Franklin could immediately feel the difference.

“I just knew,” Franklin said.  “From learning what the baseline is and relax and let go on tension and focus in on my body…I know when I’m tensing up and I’m much more aware of the feeling of the headache beginning.  They [the migraines] definitely have been less. I get them much less frequently.”

Acupuncture is not covered by insurance and one session typically costs $75.  Although that price is expensive, Franklin said, it’s “totally worth it.”

Franklin originally started of with one session per week, but now goes as necessary, typically once per month.

Another alternative to prescription drugs is dubbed as the “Relaxation Response” by the Benson-Henry Institute for Mind Body Medicine at Massachusetts General Hospital.

This relaxation/meditation medicine has also proved to treat pain and various other ailments and helps to relax muscles and heart beat, slow breathing, decrease blood pressure and increase levels of nitric oxide.

“There are a number of things that we need to start to think more about and come up with non-opioid pain remedies, especially with chronic pain,” Wilens said.  “We have to get better at other management strategies.” 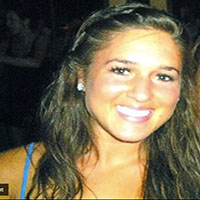