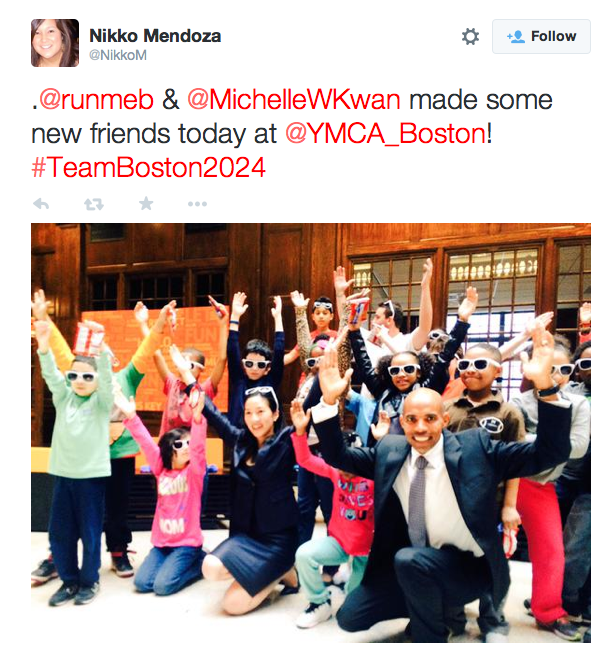 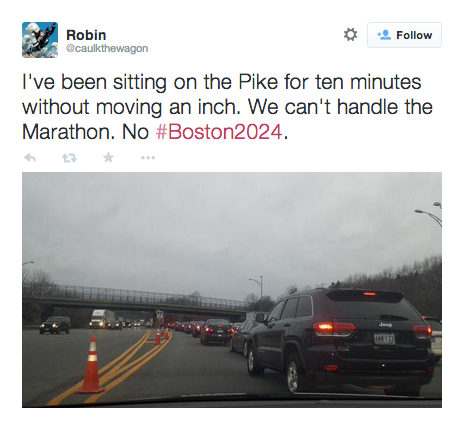 “Boston 2024 wants to host an event that doesn’t hold any economic benefits… there’s no research to prove that cities are any better off once they’re done hosting,” Chris Dempsey said at the start of a Boston Globe-sponsored Olympics public forum in February 2015. Dempsey is co-chair of No Boston Olympics, the group fighting to halt the bid and arguing that there is simply no economic incentive to host these games. 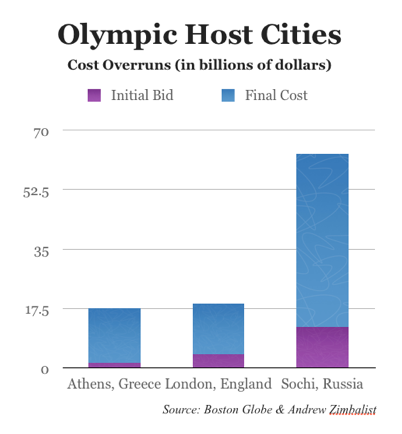 In terms of deterrents towards bid support, the exorbitant costs rank high. It takes billions of dollars to host an event that is over in just a few short weeks.

As a result of the growing unrest over proposed costs, a Boston2024 City Council Committee formed to address residents’ concerns. According to Boston City Councilor-at-Large Michelle Wu, most concerns were, “related to the costs and how the 2024 organizing committee was planning on addressing potential cost overruns. Learning more about the cost in general was big.”

In April 2015, Mayor Marty Walsh also created the ‘Office of Olympic Planning’ to further examine the bid.  The office will be led by Sara Myerson, a former Goldman Sachs analyst. “Her top priority will be to ensure that Boston will benefit in the long term from holding the games and that any planning efforts are in line with the City’s overall goals,” Walsh said in a statement.

Andrew Zimbalist, an economics professor at Smith College in Northampton, Mass., said when London was at the current stage of its bid (for the 2012 Summer Olympics) that Boston is currently at, the expected operating budget was $4.5 billion. When the City was approved by the IOC in 2005, that number had gone up from $4.5 billion to $6.5 billion. Boston currently stands at a $4.7 billion expected operating budget.

The costs for hosting the Olympics ultimately run between $15 billion and $20 billion, Zimbalist said. “When they were all said and done [in London], just on venue construction and operating cost, the total cost was over $18 billion.”

Boston2024 touts its ‘bare-bone’ approach to the bid, which turned out to be a big draw for the United States Olympic Committee in selecting Boston for the U.S. bid. This is because in 2014 the International Olympic Committee (IOC) had altered its rules to make the games more appealing to Western countries. Many countries had been skeptical to place a bid due to rising costs and low rates of return. However, with the new rules, titled Olympic Agenda 2020, the IOC allowed for, among other recommendations, more use of existing infrastructure and changes to the cost of bidding for the games.

“If we want our values of Olympism – the values of excellence, respect, friendship, dialogue, diversity, non-discrimination, tolerance, fair-play, solidarity, development and peace – if we want these values to remain relevant in society, the time for change is now,” the IOC boldly proclaimed in the agenda.

New recommendations included: reduce the cost of bidding, include sustainability in the Olympics and its daily operations, and evaluate bid cities by assessing opportunities and risks, meaning ensure that the long term goals of the City are in line with the plans of the bid.

Many professionals, however, say the costs will still be there. “The real issue is the cost of specialized sports infrastructure. There is a terrible rate of return and generally the City is completely unable to pick up benefits,” said Victor Matheson, economics professor at College of the Holy Cross.

But, in terms of preparedness under the new IOC guidelines, Matheson added that Boston would be well-equipped. “Boston is pretty well positioned to put on a games that would make economic sense,” Matheson said. “We’ve got lots of existing infrastructure here already.”

The total expected budget for Boston of $9.1 billion includes a $1 billion cost for security. According to Boston2024, the security for the Olympics would be paid for by the federal government when it delegates the games as a National Special Security Event (NSSE.) Events may be delegated as NSSEs based on anticipated attendance, size of the event, and significance of the event, according to the Congressional Research Service. In there events, the Secret Service and Homeland Security are in charge of planning security protocol and operations.

In five of the 28 designated National Special Security Events in the U.S., Congress had appropriated all of the funding for the security of the event. There are also a variety of government grants that can help to manage the security costs. However, Zimbalist said the common sentiment in Congress is that members would not vote to approve federal funding should Boston get the Olympics.

Designated events in the past include the 2008 Democratic National Convention in Boston and, most recently, the February 2013 State of the Union address by President Barack Obama.

Another economic factor to consider is the impact that the Olympics may have on tourism for the city. The mayor of London, Boris Johnson, said in a recent interview with WBUR that, “our city is prospering since the 2012 Olympic Games. There has been a massive boost in tourism and investment in our city.”

According to Euromonitor International, in 2014 London passed Paris, France as the most visited city in Europe for the first time. London mayor Johnson cited the Olympics as a big factor in that accomplishment.

Matheson, however, said that this tourism may be skewed. “You shut down the rest of Boston for tourism and just get a three-week injection of sports tourists.” Matheson argued that these tourists will likely not go back home afterwards and rave about Boston’s cultural, historical, architectural, etc. landmarks, but will rather discuss watching swimming or sprinting.

“Boston’s full of tourists anyway,” Matheson said, “and it would just be hard for tourists in the lead-up.”

Regardless of Boston2024’s declarations, many, including Matheson, remain skeptical. “You’d be throwing a bunch of money into the bidding process with a pretty low chance of success,” Matheson said. “Plus success, in this case, is defined as having to spend $4.5 billion to throw an event for someone else.” 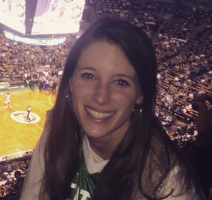