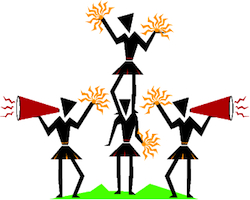 What started almost 30 years ago with the Dallas Cowboy cheerleaders and their midriff-baring and revealing push-up tops  is now expanding to college cheerleading.

But for some teams, coaches, and health experts, this trend haunts the sidelines and mats with extreme weight loss and eating disorders.

“There has been a movement in college cheerleading. A lot of the teams have gone away from the midriff uniforms,” said Northeastern University Cheerleading Coach Shayne Simahk. “There’s a part of the big southern schools that are still the ones doing the midriffs.”

“I prefer midriffs because it’s more of a collegiate-looking uniform to me,” said UAPB’s  Blunt. “I just feel like it really shows your figure.”

With over at least 1.5 million participants  involved in cheerleading activity or sport on the college level, the pressure of being smaller has taken its toll on these athletes.

College cheerleaders who wear tummy-baring uniforms have a greater risk of developing eating “disorders” than their peers who don’t, University of South Carolina Professor Toni Torres McGhee discovered in her recent study.

Simahk agreed with the report and said that she’s witnessed her fair share of the disorder.

“I’ve seen a lot of girls suffer from eating disorders. It’s almost part of the sport,” said Simahk. “I haven’t had a lot, but I’ve had a couple.”

A Yahoo Sports report stated that eating disorders are often hard to hide, but athletes such as cheerleaders have a much easier time concealing the disorder.

It is easier for cheerleaders to explain their weight loss and their need for an intense healthy diet, the Yahoo story added.

“It definitely takes a huge burden off of our backs,” she said. “So, I think that being able to cover-up minimal flaws that don’t really make a difference is nice. It gives you one less thing to worry about on the mat.”

At least 70 percent of cheerleaders reported that they felt pressured by their coaches to lose weight, an eatingdisordersreview.com study discovered.

Some health experts are turning to the coaches to combat this notion that smaller figures are better.

“We really try to reach out to coaches because a lot of times without meaning to, a coach or another authority figure could have an impact in a negative way,” said Multi-Service Eating Disorder Association Community and Education Coordinator Katie Heiner.

“In a lot of sports, there is a mis-perception that weighing less can improve your performance and will help you be more agie and effective at your sport,” she stated.

“I’ve noticed that size is always a comparative thing,” said University of Arkansas Pine Bluff Assistant Cheerleading Coach Leroy Brown. “You see them often times comparing themselves to the next person or this person.”

However, for some cheerleaders, the conscious decision of wearing midriffs can be a self-esteem booster.

“I’m a very confident person,” said Tia Jackson, a University of Arkansas Pine Bluff cheerleader. “I have the mentality that with the uniform you have to look a certain way. I knew it was a midriff. So I took it upon myself to workout and stay at a consistent weight level.”

To learn more about eating disorders and places to go you can visit the following links.
http://www.medainc.org
http://www.nationaleatingdisorders.org 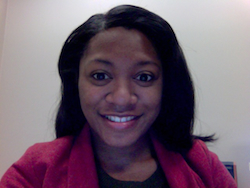