The human connection has managed to keep independent bookstores open, even with the rise in popularity of e-readers and e-books.

At one point in time, there were so many bookstores in the Boston, Cambridge, Brookline area that it was difficult to keep tabs on them all. Today, there are a little more than 20.

Among the most popular independent stores in the area is Porter Square Books and the Brookline Booksmith.

Porter Square Books has been a part of the community since 2004. In 2013 ownership changed hands to husband and wife, David Sandberg and Dina Mardell. The couple, who are both in their 50s, had no previous experience in the bookselling industry. With their decision to purchase the store, they also kept on the staff, having only hired one new person.

“The former owners, who we call the founders were getting ready to retire and they just wanted to put this in place before they retired.” Mardell said.

Of the four original owners, three are still currently on staff, she said.

The husband and wife were at a crossroads in their current careers and looking for something new when they happened across the store.

“It was sort of serendipitous,” Mardell said. “It never occurred to us before but when we saw it was for sale we did some discovery and felt this would be a great new path.”

Owning a bookstore isn’t something one should do if they want to have extra time on their hands, Mardell said. She’s been working harder now, than she ever has before.

Porter Square Books not only functions as a bookstore, but has a cafe area, Cafe Zing, where  patrons who purchase a beverage or food, also receives a free hour of Wi-Fi.

“We definitely have a solid core of customers,” Mardell said. “But we also are in a transient place with universities so we’re having ever changing faces coming in here because of just the nature of what Cambridge is.”

With a decline in bookstores in the Cambridge area, there are hopes by Mardell and her husband, for the store to continue with it’s success in the oncoming years.

The independent bookstore community do not feel much competition within itself, said Mardell. But rather, they feel pressure from companies like Amazon.com that can afford to sell books for less.

Mardell said, “what we say is ‘we offer you so much more than what Amazon can do for you in terms of being able to help you find that perfect book, select that perfect book, find books that are going to be a match for what you really want to be reading and offer a community space.”

John Rodzvilla, E-publisher-in-Residence at Emerson College, said that no one cares about most e-readers these days except for the major three: Kindle, Nook, and iPad, or four if you count the Kobo.

The Kobo though not very popular among consumers, has become the go to e-reader for independently owned bookstores. Those stores who are members of the American Booksellers Association, have the opportunity to sell both e-readers and e-books thanks to the partnership of the ABA and Kobo.

Porter Square Books is one of those stores partaking in the selling of Kobo readers and e-books, both in store and on their website.

“If you look at the statistics, it’s really my generation that are using e-readers,” Mardell said. “What we’ve been told is that your generation spends most of their time on screen time. You’re communicating and socializing on screen,doing all your school work on screen. So when you want to read you want to get off that screen. That’s why your generation is going back to [physical] books.”

When discussing the future possibility of branching out to another store, Mardell said they were not thinking of opening “another brick and mortar store.”

“We feel that we’re a place that people can come to learn, and to hear about authors,” she said. “We  really want this to continue to be a community place for people and i feel that people really think it is for them.”

In the winter of 2013, it was announced that writer James Patterson was awarding independently owned bookstores grants.

“I wrote an initial proposal of interest. The first thing you had to do was let him know you were interested in applying for a grant, so I did that.” Mardell said. “I heard back from him and he said please send us your grant proposal.”

Mardell sent in the proposal, and in January 2014 they found out they were receiving a grant.

“Bookstores could ask for anything,” she said. “You could ask for new carpeting, a new computer, somebody got a van to transport their books to events. Our proposal was about underwriting books for kids that couldn’t afford them when we went out to schools to do author events, so that’s what we got our money for.”

“Just to see these kiddos and how they reacted when they got the book and got to go home with it they were very excited,” Mardell said.

Marie Cloutier, a local of the North Shore, has lived in Cambridge for the last 10 years and has been working at Porter Square Books for the last two.

It is the responsibility of publishers to keep books important, and by doing that it is important to encourage children to read, said Cloutier.

“The children’s part of our business is so important because that’s the next generation of readers and bringing them up to appreciate bookstores and books is really important.” she said. “The book industry is definitely changing. Where it’s going to go, I don’t know but I think books and reading are here to stay.”

Children are very important at Porter Square Books. They’re so important to the store, that they’ve even started a program for children between the ages of 7 and 17.

Those who fall between the age range, and who can’t wait to get their hands on a new book, can participate in Fresh Ink. The program allows children to sign up to read books before they are even published.

The idea for Fresh Ink originally came from one of Porter Square Books part-time weekend booksellers.

The store receives so many galleys, books that come out for review before the printed copy, said Mardell.

“We get maybe 50 a month of these galleys that we couldn’t possibly ever read or even be interested in reading,” she said. “So we decided that kids would be a great resource for us and it would also be great for them to be able to be reading these books before they were out in print.”

There are over 100 children signed up for the program, said Mardell. Though they are not all actively involved.

Brookline Booksmith has survived in Brookline’s Coolidge Corner neighborhood for over 50 years, outlasting  the big chain store Barnes and Noble. It opened in 1961 as the Paperback Booksmith by Marshall Smith and his former wife Judy.

Smith’s former wife thought bookstores at that time were too stuffy and not very appealing to the reader, said Dana Brigham, co-owner and manager of the Booksmith.

“[Smith and his wife] wanted to have a store that was arranged in a very user-friendly way so that people would think of the bookstore as a gathering place,” Brigham said,“to meet people who liked all kinds of books, to carry all kinds of books and that was their original concept.”

There was a moment in the Booksmiths’ history where growth and sales slowed down. Barnes and Noble had moved into the neighborhood in 1993.

“In addition of Barnes and Noble opening a block away, our rent quadrupled,” Brigham said. “We were very nervous, but we just focused on doing what we’ve always done keeping innovative, remaining viable, and remaining relevant.”

For the first 10 years of Barnes and Nobles 15 year stint in Coolidge Corner, the store didn’t have any growth, resulting in cut-backs while still finding ways to add more to what they offered, said Brigham.

“In some ways we have almost six stores under one roof,” she said.

At one point the store included an art gallery, cafe, and a music store which lasted for many years. During Brigham’s tenure with the store, there was the addition of the card and gift room, the used book cellar, and they’ve made remainders, sale priced books, a feature of the store.

“We started a very vibrant event series, and we’ve grown the children’s book section into a major force in the store and community.”

In the last 5 to 7 years, the Booksmith has increased their offerings in the children’s section, while also giving the area more space.

“We’ve been hiring children’s booksellers who are students at Simmons [College] in the children’s writing and publishing program,” she said. “There’s hardly a moment in any hour that we’re open that there’s not someone who really knows kids books who can help customers. So many of the people buying kids books are the parents or grandparents, so you really need to know your stuff and be able to advise.”

Though Barnes and Noble is now out of the neighborhood, there is still outside competitors to worry about, like Amazon who is the store’s biggest competitor, Brigham said.

Even with their biggest competitor just a click away, the store still remains busy.

“It’s been a real rollercoaster ride. People are astonished at how much work goes into running a busy bookstore.” Brigham said. “It’s not rocket science but there are just a million moving pieces, so it’s challenging, exciting, rewarding, frustrating, and exhausting, but overall it’s just been a great experience.”

E-books haven’t really hurt the sales of the Booksmith, because even though e-book readers may read fiction or science fiction on an e-reader, it’s better to read high quality non-fiction or literary fiction with a real book, said Brigham.

The store does make e-readers readily available to those customers who want them. In store or online,  Kobo e-readers and make e-books available for purchase on their website.

“What it’s boiled down to now [is] the remaining independents are very supportive colleagues,” she said. “There’s a great deal of camaraderie and support. The chain [bookstores], good luck to them.” 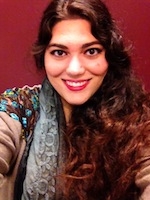