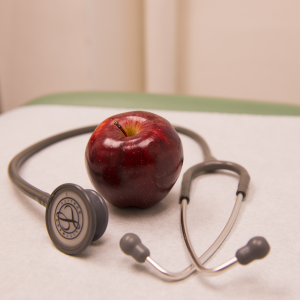 It’s hard to imagine, but the concept of nutrition as “what you put in your body matters” is not a novel one. It preoccupies every living creature, not just humans. After all, we may not need math and physics every day, but we eat on average three times a day, every day of our entire lives. We know that too much sugar is bad and vegetables are good.

But how many of us stop to question why?

“I think from the beginning of time people pretty quickly realized you could become ill by drinking still water,” said food historian Laura Ziman. “Perhaps that was the first indication that anybody was connecting what we were putting into our bodies and health. People throughout time drank beer because they didn’t get sick from it, like in ancient Egypt and Mesopotamia.”

Trial and error was a major part of nutrition in those days. For example, Ziman said she’s always been curious how people could tell which mushrooms were poisonous and which were safe to put in stew.

“When people really got busy thinking about bacteria and nutrition was in the 17th century,” she said. “By 1590 the microscope was starting to be in use, and that’s when it really blew up.”

The advent of science changed the way people saw food and their relationship to it.

In hindsight, not all revelations were necessarily accurate. In the late 1880s, for example, one Dr. James Salisbury concluded heart disease, tumors, mental illness and tuberculosis were the result of vegetables and starchy foods producing poisonous substances in the digestive system. His solution: fried seasoned beef and onions three times a day or what is now known as  Salisbury Steak.

But the 19th century was also when nutrition science really took off in the U.S. The first major public school lunch program started right here in Boston in 1894. The agricultural appropriations bill that same year included $10,000 for food investigations, and the Association of Official Agricultural Chemists (now AOAC International) established the Committee on Food Standards.

Nutrition science has grown by leaps and bounds since those early days. But with a veritable sea of information to drown in, a lot of people just give up, said vegan nutrition expert Robin Adams.

Robin Adams on the importance of nutrition literacy.

“We have too much information,” she said. “Not education, information.”

Coming from a family with a history of obesity, diabetes and heart disease, Adams said she is healthier and lighter now, at 57, than she was at 9. And she owes it to the time and effort she took to understand why she was eating what she was eating.

“I was eating the way my family ate, the way I was taught to in elementary school,” she said. “When I went through with my little tray and was asked: ‘Where’s your protein? You better have milk. You better have a grilled cheese sandwich.”

I follow “Food Rules,” a wonderful book by Michael Pollan. There are three food rules: eat food, mostly plants, not too much. When he says eat food, he means what is that thing wrapped in plastic that’s orange? What food does that look like? Go back to being 4 years old. If you don’t know what it is, don’t put it in your mouth.

She originally transitioned to vegetarianism, cutting meat from her diet. But 13 years into the lifestyle, she weighed 185 pounds and her cholesterol was at 375. She knew she was harming herself, but didn’t know how. It wasn’t until she attended a North American Vegetarian Society conference that she realized she had to understand her food choices, she said.

Nuggets of information like the amount of pus the government allows in milk convinced her to give up dairy once and for all.

But that was an educated, conscious decision that worked for her, Adams said. The important thing is that people know why they are making the food choices they are making. Not every vegan is healthy, after all, just like not every meat-eater is. Adams called anyone following a diet heavy on processed foods a “crapetarian” starving the body of essential nutrients.

“And we have a lot of crapetarians eating quinoa and chicken. It’s an uneducated person that has no concept of what they’re putting into their body nutritionally. We’re not all going to go to Cornell [University], we’re not all going to get certificates in nutrition. But educate yourself as well as you can at a level that’s comfortable to you,” Adams advised. “You’re going to hear something new every day. Acai is good for you; acai is bad for you. It will make you crazy.”

One of the mantras of nutritionists is:  ‘if you have a plate of food, have as many different colors as possible’ and you’re probably hitting lots of vitamins and minerals.

Nutrition is vital in the broader medical context, said registered nurse Jamie Kubik. But it is also important to think about where people are coming from, their socio-economic and cultural standards. It’s easy to tell someone they should watch the processed foods they eat, but she said she wonders what happens when that someone suffers from a chronic pain condition, can’t work, has a limited budget and doesn’t have the resources to buy healthier food?

People need more whole nutrients from vegetables, to decrease carbs and, if you’re going to eat grains, eat whole grains so you get nutritional benefits from them. A lot of it are common sense things. Watch your sugar, watch your portion size and how you cook, don’t deep-fry everything.

“I put a lot of my income into my food because it’s that important to me,” Adams said. “I also don’t have health care. And I haven’t had health care in over 20 years.”

She takes no supplements or medication, has no health issues, does not exercise (although she recently took up yoga) and her cholesterol is at 130, she said. She understands the economic stress weighing heavy on some, but she urges people to think about how much they pay for the right shampoo and makeup, versus “the stuff that’s going to be absorbed into your blood-system and utilized by your heart.”

“Once you’re educated to it, you start to see what food choices are going to make sense to you budget-wise as well as health-wise and satisfaction-wise,” Adams said. 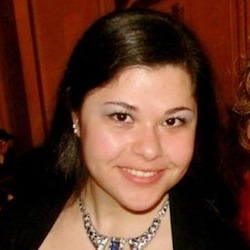