Professor Brian Helmuth works in the Department of Marine and Environmental Sciences and the School of Public Policy and Urban Affairs at Northeastern University. He is part of a team of scientists working on the Urban Coastal Sustainability Initiative, which looks into negative human impact on the environment and solutions to it.  Jennifer Mocarski is also from Northeastern and also works as a project manager with on the Urban Coastal Sustainability initiative.

Korey O’Brien: To start off, what is sustainability?

Brian Helmuth: People argue back and forth and that’s because it means so many different things to so many different people. I think that the best definition I’ve heard is meeting the needs of today’s people without compromising the ability of future generations to meet their needs. And if you ask somebody from businesses, it’s economics ability. If you talk to somebody who’s in national defense, it’s stability of society and from ecology people it’s sustainability of natural resources.

Jennifer Mocarski: Wel,l I took a course at the business school over the summer in which was leadership in sustainability and from that class we had the definition of leaving the world as good or better than what we enjoyed to future generations. That was the first time I’d heard that definition and I really liked it.

BH: I work in climate change and my view of this is sustainability is tied very tightly to preparation to climate change. And we still focus a lot on mitigation – cutting down on greenhouse gases – but a lot of what we’re trying to do is prepare for the next Hurricane Sandy. We’re trying to figure out how we make our cities more resilient, how do we meet resource needs without depleting the natural environment and, at least to me, a lot of this has been prompted by crises or problems like Sandy which make us realize how weak our systems are. In my opinion it’s more pragmatic and more holistic, so it’s not protesting the way the world is going so much as it is figuring out how we fix it.

JM: I think it’s just a response to industrialization and this is just the next step in the evolution of humankind. It feels new but it makes sense why we are now.

KO: Building off that, should we be scared right now of the way we’re living our lives?

BH: Let me put it this way. When we moved here the first thing we looked at was the height above sea level of the house and we are putting in a generator right now. I know that I’m sounding like a “prepper” or something like that. But, the more I look into the hard science behind our vulnerabilities,frankly, I’m surprised we haven’t had more incidents like [Hurricane] Sandy or disease outbreaks. I don’t think this is the end of the world, but I think that things are changing rapidly enough that it’s a very serious problem that we’re not dealing with adequately right now.

JM: Whenever I read the science side of things that’s the feeling I come away with. I almost have to take it in doses. It can be scary. I prefer to think optimistically. I don’t know that we would be that special that we get to see the end of the world. I think that sort of might be something that a lot of people thought would happen in their lifetime.

BH: We’re not heading for the end of the world. We’re heading for a very, very different world. I have two young kids and that’s what really gets me out of the bed in the morning is trying to think about what their world’s going to be like 20, 30 years from now. And it’s going to be a very, very different place and it all depends on how the changes we implement now can have a huge, a huge influence on 20, 30 years from now.

BH: Yeah, exactly. Unfortunately a lot of the damage has been done. We know with climate change, for example, there’s a lot of inertia in the system. Even if we shut off all carbon emissions right now, we’re still going to have climate change. There [are] no signs that we’re going to start curbing emissions so I think that we’re in for some pretty wild weather rides. I think that as population grows we’re going to be facing more and more of these challenges with food.

KO: What don’t we know right now that we should know and what do we already know?

BH: We know a lot. The problem is how we act on that information. There is a lot of noise on the uncertainty of predictions. It’s true. We’ll never predict exactly what’s going to happen 20 years from now. But that hasn’t stopped people from acting before. I think a lot of the science is pretty good at seeing the changes coming but what we don’t know yet is how do we find solutions that are ecologically, economically, and socio-economically friendly.

KO: I know there is a lot of talk where people suggest “go green!” Is there a difference between the word “sustainability” and “go green?”

BH: I guess it depends on how the phrase is used.

JM: I think the green thing feels very commercialized to me. And it’s stamped on everything now, so I’m skeptical. A lot of people are skeptical when they see that. Is it really green? I think sustainability is more philosophical than the green [movement]. But sustainability is also turning into that word you’re kind of cringing when people say it. There are people that don’t quite know what that means.

BH: When I think of going green, I think of individual actions: using recycled paper [coffee cups] or better yet your own mugs. Cutting down on the amount you drive. Usually the way it is used, I don’t see that as applied to systemic change. I think there’s certainly something to be said about being the change you want to see. But really this has to be a society-wide change that we’re implementing. To me, the real meaning of sustainability is a systemic change that makes all of society green rather than one little piece at a time. You see a lot of products that are “green” but if you look at the underlying consequences…  so maybe one hand we’re saving paper but we’re using lots and lots of water. There’s a big question about electric plug-in cars right now. Electric cars are great, but where does the electricity come from to charge that car? If it’s coming from a coal-fired plant, driving an electric car is not a good thing to do. It looks like it’s green and at the individual level it’s green, but it’s contributing to a bigger-scale problem that we have to fix. We have to start with the coal plant, not the individual car.

KO: What can an individual start doing now living in a city? What is the first step and what are the next few steps?

JM: Get a bike. Right away get a bike. Pushing that in Boston – it’s going that way and drivers are having more patience, I think. Flooding the streets with bikes is my thing right now that I’m really fired up about.

KO: Is sustainability a big lifestyle change for people?

BH: A lot of it is how much you can afford. A lot of what we’re talking about is kind of a long-term return on investment. A lot of this is tailored to what people can afford. So starting small is great and if you can eventually get to big scale…

KO: Low-income families might have a bit of a struggle in this.

BH: Especially eating organic, it should not be more expensive than eating inorganic. Again that’s a matter of systemic change. If you’ve got these big mega-corporations that are pumping out cheap food, that tends to be – along with eating at McDonald’s and Burger King, where a lot of low-income families do. I think there are ways you can get fairly affordable foodstuffs even if it’s not organic.

JM: Low-income people, I would think, are already living pretty sustainably just because the impact always seems to come whenever I’m calculating my carbon footprint. As soon as you add a flight or a car…

KO: Do you think living in the city has more sustainable potential?

BH: I think it does. I live in the suburbs more. Every smart plan that I’ve seen centers around walking communities that have central shopping and mass transit to other areas. I think it doesn’t have to be cities, but urban centers that don’t require you to get in the car for an hour to do what you need to do. And you can make much more energy-efficient buildings if you have apartment buildings than if you have a single-family dwelling. I think it should make it a lot easier.

JM: Yeah, the square footage of your home is much smaller. You can’t own as much or buy as much. Heating your home is less money because you can share heat from your neighbor. Someone pointed that out to me a few years ago. Just living in a city is an act of sustainability. 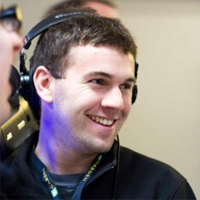