“Have you ever heard of supersaturated solution of water and sugar?” Gena Bean, founder of Mindful Boston asked me during our first in-person meeting. We’re in a cafe in Cambridge, near her local base of operations. I blinked back at her, wondering what this has to do with meditation or mindfulness or the organization she started to bring like-minded (or maybe like-mindful?) individuals together.

“So you heat water and add a little bit of sugar in increments over time,” she explained. “Eventually, you can just put a stick in it and it comes out as rock candy!” She smiled, wide-eyed. “All of the time and energy I’ve put into mindfulness over the past few decades has been a little bit like that. Everything has finally formed into something kind of wonderful.”

Bean loves metaphors, and she uses them confidently, eloquently, and with ease. She has one of those personalities so common with exceedingly mindful people where she’s glowing with a strong kind of personal energy. Rather than reflect on the past or contemplate the future, the aim of mindfulness is to constantly bring oneself back into the present moment. Bean finds great value in that, in more ways than one.

“Mindfulness is a growth industry these days,” she said. Individuals and businesses have been approaching Mindful Boston frequently in recent months, looking for ways to live and work more mindfully. “I’m trying to do my part to make mindfulness accessible.”

All it takes is a little initiative, a lot of breathing, and perhaps a Sherpa to guide you on your way. Gena Bean wants to be that Sherpa for Bostonians.

Having run a Medford Yoga Studio for seven years, from about 1998 to 2005, Gena Bean has been actively mindful for nearly 20 years now. She grew up in a working-class Boston family and started out full-time as a solo yoga entrepreneur in the Hindu yoga tradition at a time when yoga was only just beginning to come into the forefront of our zeitgeist.

Jon Kabat-Zinn is an important name in the larger world of mindfulness, and even more so for mindful Bostonians. In the 1970s, he was teaching at the UMass Medical Center with a Ph.D. in microbiology while studying mindfulness with Buddhist monks at MIT. He decided to bring mindfulness practice into the medical arena, adapting meditative principles into an eight-week secularized program that he called “Mindfulness-Based Stress Reduction,” more commonly referred to as MBSR.

Though based on Buddhist principles and designed by a man who self-identifies as a Buddhist, the course is aimed at those suffering from chronic pain or anxiety, but has, since its inception, been widely accepted as the premiere mindfulness program for just about anybody. Kabat-Zinn himself once defined MBSR as “moment-to-moment awareness … cultivated by purposefully paying attention to things we ordinarily never give a moment’s thought to.”

Bean explained that particularly for people who might especially have some sort of religious-based trauma, or otherwise some kind of aversion to overtly spiritual practices, MBSR has proven to be an effective way of introducing stress-relief and mindfulness in people within a safe context. “Safety” is heavily emphasized within MBSR.

Valorie Hammond, a student in one of Bean’s classes, said, “I like that there isn’t really a spiritual component. It’s based on the awareness of the current moment. It doesn’t challenge my belief systems or insist on a direction. It’s so much more than that, almost scientific.”

It was in 2005 that Bean founded Mindful Boston — explaining her personal transformation as a self-proclaimed “crazy hippie girl into mindful entrepreneur” — and in 2009 she began teaching her own MBSR courses to students after studying under Jon Kabat-Zinn.

Only over the past few years, and especially over the past six months, did mindfulness really become so popular. “Nobody believed in MBSR until recently, in the past few years. Now it’s gone mainstream!” Bean attributed the trend to a study released by Sarah Lazar in January 2011. Lazar’s released brain research saying that meditation shrunk the amygdala, which is responsible for impulsive action and emotion, and increased the size of the prefrontal cortex, which is the realm of rational thought.

As many as 60 studies have been done since the program’s inception to verify the benefits of MBSR training specifically, with hundreds more studies delving into the benefits behind various forms of meditation. The science is in, and mindfulness has largely become accepted as a boon to personal health and an effective treatment for a variety of conditions, both mental and physical.

Bean compared mindfulness to martial arts, an apt cultural comparison considering the eastern roots of both, with the ultimate point being clear enough: mindfulness is a skill that must be acquired with practice. For some, that practice comes with yoga. For others, they acquire it through any one of various meditation techniques. No matter the method, they are just means to the end of mindfulness.

It all sounds so simple and straightforward, but turning a thought into subconscious, consistent practice is difficult for most. The aim is not training to spend 10 minutes a day just breathing and blocking out thought. The aim is to convert that time and energy spent into long-lasting effects that remain well after you open your eyes at the bell-ringing that signals the end of your meditation session.

Is it all worth it? To Susan Rose, who took two sessions of MBSR from Bean, it definitely is. “It works for me! I can really notice differences in my life: there are numerous stressful situations where I know that doing mindfulness — both formal seated and then trying to be more mindful and aware in the moment —has helped me so much.”

Bean considers Boston to be the “mecca of meditation” in the US: “Mindful Boston, the organization, couldn’t thrive anywhere but Boston, the birthplace of MBSR,” she said. “While MBSR has become pretty big on the national scale in hospitals and other wellness centers, all of the education for teachers of the program is right here in Boston.”

It was here that Kabat-Zinn founded MBSR. It was here that Sara Lazar’s research first unveiled the scientific potential of meditation. And it was here,  in 2014, Boston hosted the International Symposium for Contemplative Studies (ISCS).

It’s also here, in the Fall of 2015, that Bean will roll out a beta program to train fellow teachers of MBSR, with a formal training program opening to the public in Fall 2016. Based on a trade school model of apprenticeship, Bean’s program sets students on a path towards personal fulfillment as a mindfulness facilitator, allowing them to teach others.

Julie Fraser, a graduate of Bean’s MBSR program and a mindful entrepreneur herself said, “People know Mindful Boston is where you go for mindfulness training in Boston.”

Take a look at Mindful Boston and other affiliated Greater Boston Area resources:

“What MBSR ultimately does is address human suffering,” Bean explained at the conclusion of our first meeting. “And what everybody realizes at one point or another is that changing life is hard, but totally worth it.”

Some benefits of MBSR and similar programs according to research: 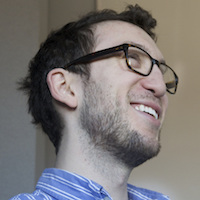