Ronjon Cameron stood in the courtroom confident, knowing he wasn’t the culprit and sure that justice would prevail. Seconds felt like hours as he awaited the jury.

The judge read the verdict and he couldn’t believe it. “Guilty.” Cameron was seized by confusion and anger. He was now headed somewhere he never expected to be: prison.

“Everything seemed to go numb. Like a bomb went off and the blast had left me deaf,” said Cameron.

“Guilty.” Such a simple word and yet it carries different meanings for different people. For some it means justice, but for others, such as Cameron, it held the power to steal their freedom.

A study released by the University of Michigan Law School’s National Registry of Exonerations showed 2015 was a record year: 149 wrongfully convicted persons were released. Together they averaged roughly 14 years per person served in prison.

Kathryn Larson with the New England Innocence Project (NEIP) said this trend is nothing new. “It doesn’t happen in a bubble,” she said. “Wrongful convictions are happening everywhere and innocent people are going to jail. And we have to do something about it.”

The NEIP works across New England to exonerate wrongfully convicted people. It worked on Cameron’s case and finally, after 14 years in prison, won his freedom in November 2015.

Even with new advances in technology, DNA testing and forensic evidence, wrongful convictions are still prevalent. Larson said there is a great need for reform across the criminal justice system.

Many factors lead to wrongful convictions but experts consistently name eyewitness misidentification as the top problem. 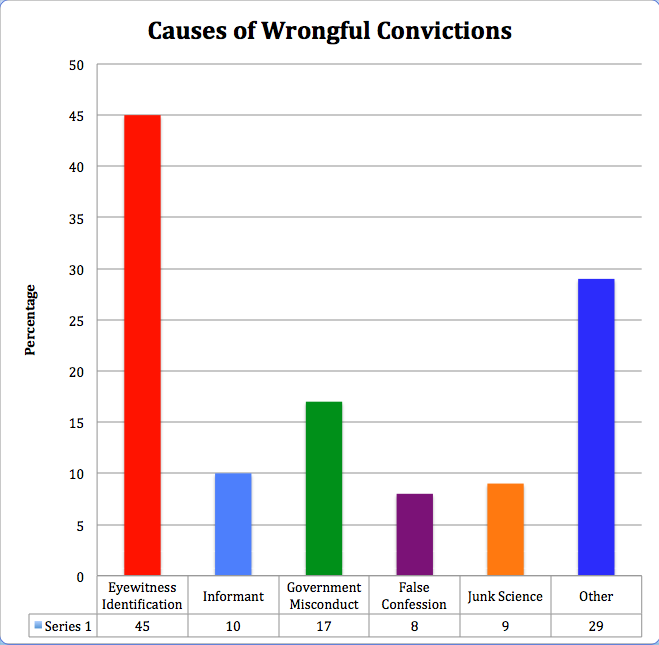 The NEIP indicated over 75 percent of DNA exoneration cases have involved convictions based on mistaken identification evidence.

A famous quote made by late Supreme Court Justice William Brennan said “There is almost nothing more convincing than a live human being who takes the stand, points a finger at the defendant, and says ‘That’s the one!’”

“For a long time we relied on people’s eyewitness accounts and believed them to be irreproachable,” said Yolanda Acevedo, attorney in charge at the Roxbury Committee for Public Counsel Services (CPCS). “Like if you said you saw something, then jurors believed that you saw what you said and that was enough for a conviction.”

A report published by the National Academy of Sciences stated, “Accurate eyewitness identification requires that a witness to a crime correctly sense, perceive, and remember objects and events that occurred and recall them later. The veracity of the witness’ identification thus depends on the limits of sensation, perception, and memory.”

The National Academy of Sciences reported “The fidelity of our memories for real events may be compromised by many factors at all stages of processing, from encoding through storage, to the final stages of retrieval. Without awareness, we regularly encode events in a biased manner and subsequently forget, reconstruct, update, and distort the things we believe to be true.”

Carl Williams, attorney at the American Civil Liberties Union of Massachusetts (ACLU) said, “The thing that we see the most and certainly the most flawed piece for wrongful convictions is the eyewitness misidentification. I think people have a misconception of human memory and how it works.”

“There are people who appear as eyewitness who believe and state things, which they say they’ve seen, but never existed. When you have a blurred image the brain fills in with past experience,” said Michel.

Michel offered an example: “I see a suspect at only 25 yards. He is face to face with me in broad daylight and I am wearing my glasses. I can definitely correctly identify him,” he explained, adding,  “But if he’s running by me in broad daylight or if it’s dark outside or if I only catch his profile, visually I can’t 100 percent correctly identify him.”

“Just because an eyewitness might say under oath this is the man I saw, I’m positive, that may or may not be correct and there are a lot of variables that need to be taken into account in terms of what happened between the crime and the actual in court identification that could really skew the reliability,” said Stephanie Hartung, a Suffolk Law professor and a board member for the NEIP.

Hartung has worked on many wrongful conviction cases and said that eyewitness identification reform is much needed.

Acevedo agreed. “Now we have learned that we can’t always rely on eyewitness testimony and we have to retrain the whole system,” she said.

Experts also claim that many of these wrongfully convicted are never truly absolved of their crime and spend more time in prison due to the unwillingness of district attorneys to admit wrongdoing.

Admitting they were wrong

Acevedo pointed out that oftentimes those who are wrongfully convicted are still never absolved of their crime. “The district attorney’s (DA) office as a general rule are reluctant to publicize wrongful convictions and actually come out and say this was wrong, we made a mistake,” said Acevedo.

Hartung was a lawyer on the case of Ronjon Cameron. Cameron, though clearly proven innocent by DNA testing is not considered “innocent” because the district attorney has not overturned his conviction. Cameron may be free, but he has not been exonerated.

David Capeless, District Attorney for Berkshire County, where Cameron was prosecuted, couldn’t be reached for comment. He is mentioned in an article written by WBUR that, “though he has dropped the case, he offers no apology for prosecuting Cameron in the first place. He still refers to Cameron’s accuser as the victim and Cameron as the justifiably accused defendant. And because he cannot locate the victim, without the victim’s testimony he cannot prosecute.”

Hartung noted that “in experience I’ve often found times [when] district attorneys will oppose even just testing DNA for a possible wrongful conviction. They will oppose efforts even after a judge has granted DNA testing by filing appeals.”

A study conducted by Prof. Brandon L. Garrett of the University of Virginia School of Law investigated the appellate review of 200 cases of convicted persons who were later exonerated through the use of DNA evidence. The study showed that in the case of 133 convicted but factually innocent people for whom courts issued written appellate or post-conviction opinions, convictions were reversed only 14 percent of the time.

“On November 24, the day before Thanksgiving it was over. I was a free man. Signed papers and everything,” said Cameron. “But in January my lawyers were notified by the district attorney that he wasn’t going to give me a retrial and provide me with my innocence status. As I sit here, right now today, I am still a convicted rapist, not an exonerated man.” 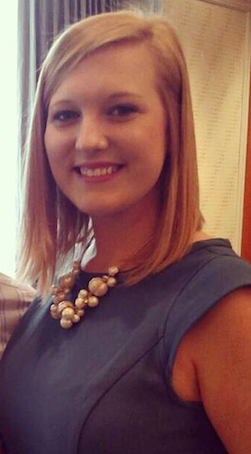