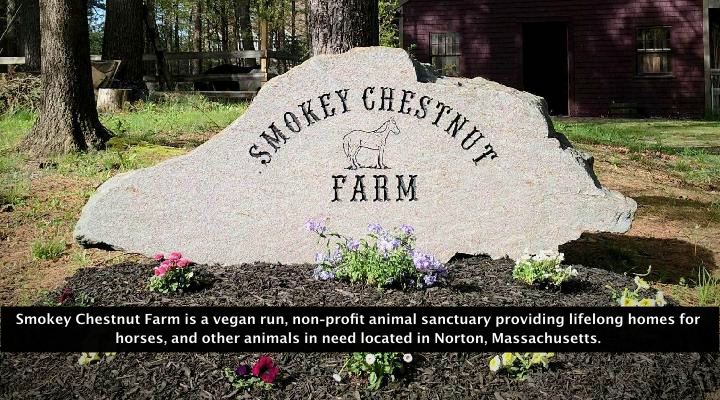 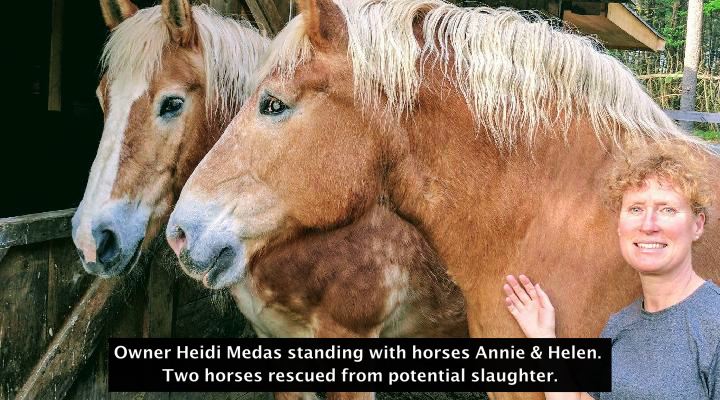 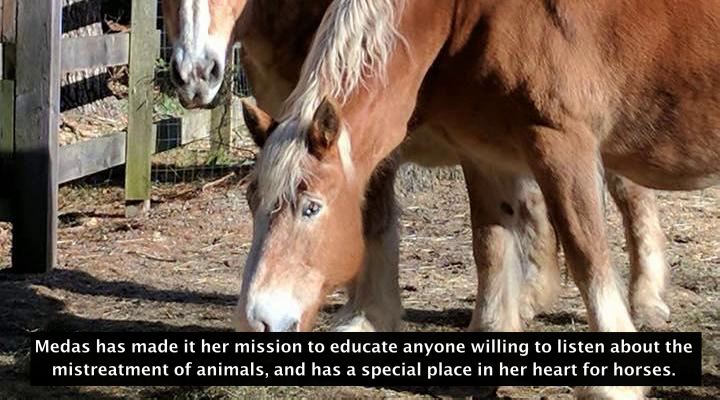 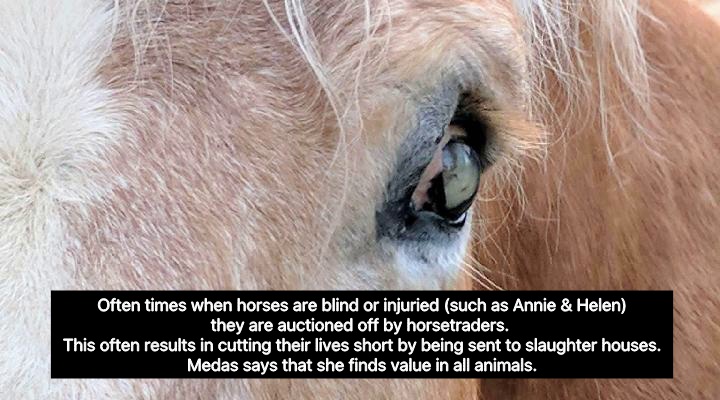 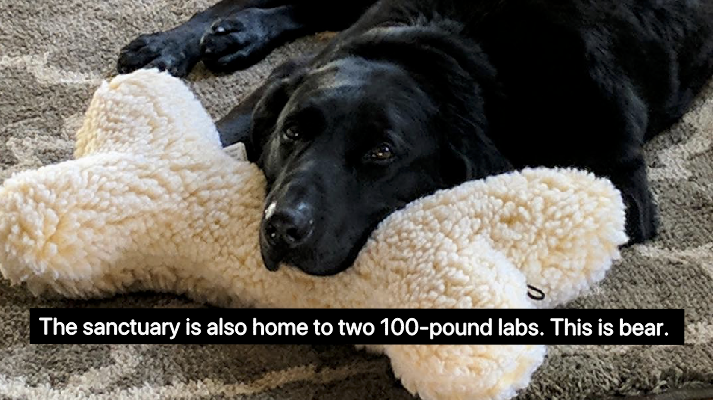 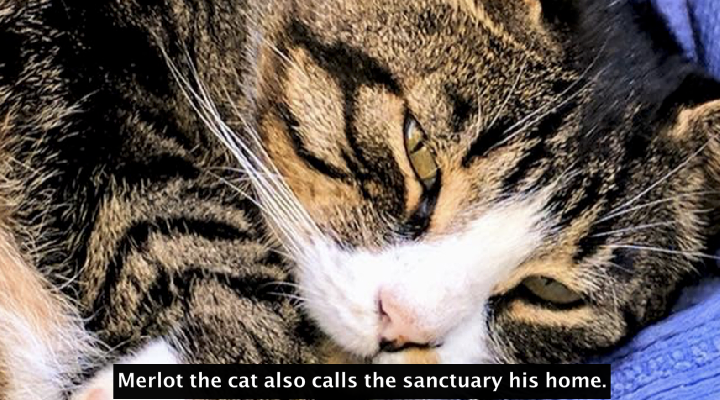 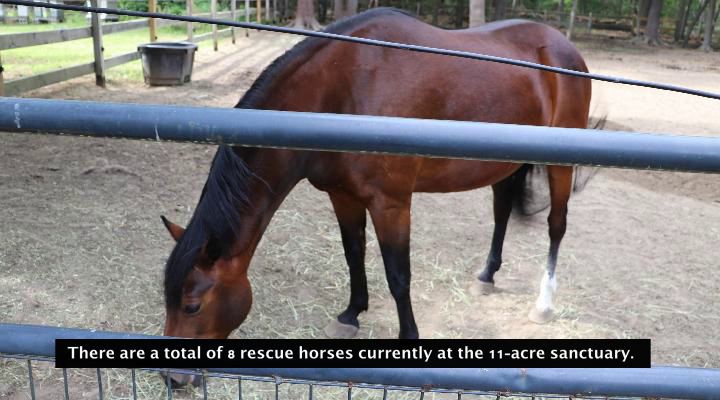 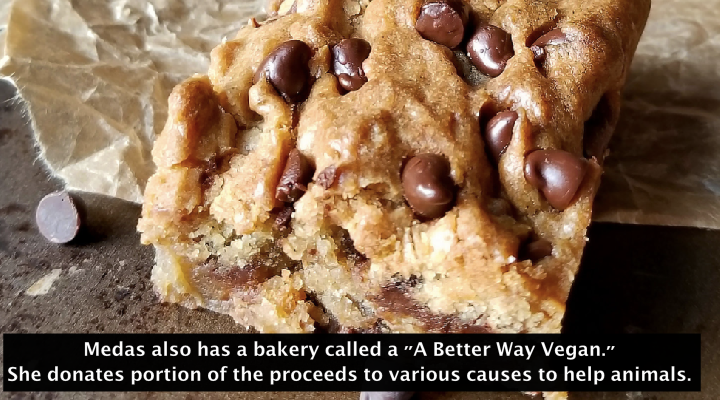 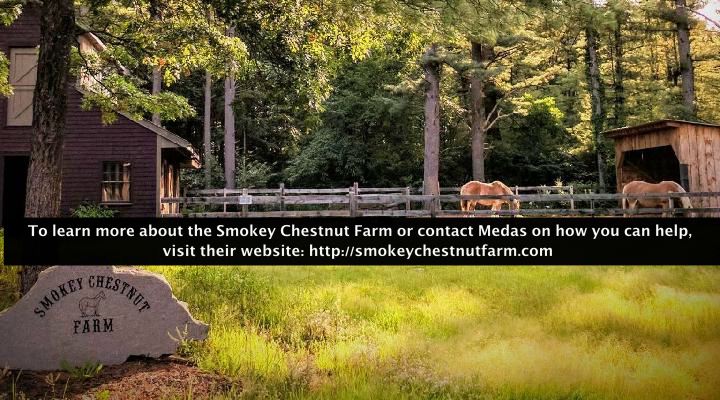 Fifty-four-year-old deaf interpreter Heidi Medas dedicates the majority of her free time tending to her vegan animal sanctuary, Smokey Chestnut Farm, a non-profit in Norton, Massachusetts.  Her house resides on the 11-acre property, and is now home to eight horses, two large black labs, two cats, and a parakeet.

The landscape is well kept, with a large red barn as the focal point of the yard. Medas said having the sanctuary has been her life-long dream. “As a child I would draw barns filled with animals, in-particular stalls with horses,” said Medas. “I love all animals, but I am particularly drawn to horses.”

Medas said she feels that part of the reason she is drawn to helping horses is that not enough is being done to help them due to their size, and care. Many of her horses were at the very brink of being sold to slaughter houses.

“Horses that have no use towards people anymore as far as age, or being unwell are sent to different places throughout the United States to auctions,” said Medas. “It’s a lot like cows and pigs.”

Medas went on to describe how the horses sold at auctions are often held in terrible conditions for days on trucks before reaching their destination. Many horses are pregnant and are left without water and food. Some are too weak to stand or have untreated injuries. Several horses die prior to reaching the slaughterhouse. “This country was built with horse power, so it’s kinda sad that we don’t give them any honor in that way,” said Medas.

To hear Medas further explain what happens during the horse trade process, and unwanted horses, click the video above.

As Medas was speaking, two Belgian mares stood behind her, which Medas affectionately named Helen and Annie. The horses were named after the American author Helen Keller and her mentor, Annie Sullivan. Medas rescued the two horses on Christmas Day 2015. Both mares  have vision problems, and Helen is fully blind. The horses were given up by an elderly farmer and then sent to a horse trader who then pushed their stories out to the public as an opportunity for someone else to buy them. If no one intervened, the two horses would later be auctioned off for slaughter. “A lot of people don’t find any value in big, old blind horses,” said Medas. “But I do.”

Medas said that she loves all animals and made the connection to her own dinner plate when she was just a teenager. After educating herself on slaughterhouses, she made the decision to become vegetarian at 18 years old.

Medas speaks about growing up eating meat, and why we never questioned our food choices before.

“I came to the realization when I was 18 that I love animals, so why would I hurt them, and eat them?” said Medas.

Medas credits social media for inspiring her to take her love for animals a step further by becoming a vegan five years ago. Medas said she can’t even begin to fathom the extent of animal cruelty.

“As a mother,when I look at what’s happening to the cows in the dairy industry it’s heartbreaking,” said Medas. “Everything is just money to the people within these businesses, and they don’t take into account the pain and suffering of what these animals go through.”

Medas speaks about going vegan at 54, and her thoughts on the dairy industry.

Medas feels that years ago when she was vegetarian there was not a lot of alternative dairy products as there is today. “Now there is such a big selection of vegan food that it’s so easy now,” said Medas. “Not all is healthy, some is still processed, but to just minus the animal ingredients is a step up.”

Medas’ daughter Brianna is a Wheaton College student studying higher education. Inspired by her mother, she described becoming a vegan as progressive change, and not something that happened overnight. She was a vegetarian prior to this year, and said that if you do not go vegan for the animals at first, you should consider doing it for your health and the environment.

“About a year ago I was only eating cheese, and then I slowly stopped as I learned more about the dairy alternatives that we have such as almond milk, and cashew milk,” said Brianna Medas. “I started to experiment with cooking, and I soon realized it was just as good without the dairy. She also had agreed that her overall health has improved since going vegan.

Brianna Medas briefly describes some of the health benefits she has seen since going vegan.

When Brianna isn’t tending to her studies, you can find her helping her mother care for the animals at the sanctuary. The two enjoy traveling to Pawtucket Rhode Island and dining at vegan restaurants, The Garden Grill and Wildflour Bakery. 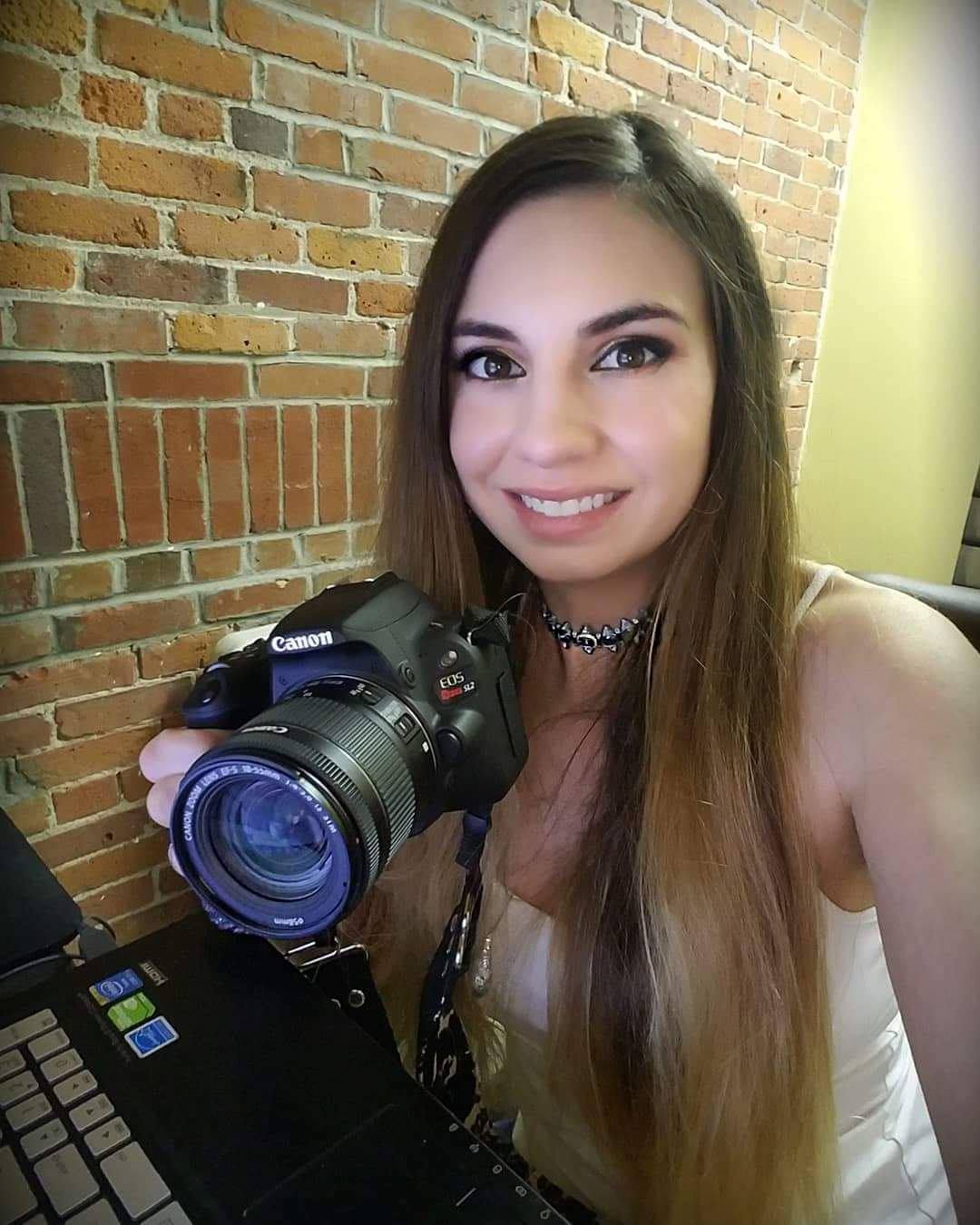