The popularity or record collecting has reached an all-time high while the companies that produce them are falling behind to keep up with demand.

In the world there are only 341 record pressing plants producing records to keep up with the high demand for Vinyl versions of people’s favorite albums. On top of that the sales of records reported last year by the RIAA reached $1 billion last year. This in part to the high cost of records today. Data shared with CNBC reports that record costs rose from 2007 to 2017 by 490%. Often, most records cost between $25 and $50.

Record collectors like Pete Leger, an audio technician and record enthusiast, share the frustration of not having their favorite album pressed but understand why.

“The issue with the pressing plants is there’s only so many machines that are still working,” says Leger. “Before that people were just using machines from like the 60s, and as they’ve broken down and been harder to maintain or just, flat out broke a lot of pressing plants have just kind of closed their doors.”

Leger recently got into the rapper Logic who recently released his seventh album “Vinyl Days”. However, at the time, the album has yet to be released on vinyl, something that struck Leger as odd. “There are a couple other releases that are a little bit more independent. I’ve been waiting like five months from when they dropped it to finally, they’re like, hey, we’ve got records now.”

Vinyl Days was a special album for the record collector as a matter of fact. According to a documentary Logic posted leading up to the album’s release, just about every sample used on his album came off records he was given during the production of the album. The artist was sent a box full of records from Eothan Alapatt also known as Egon, president of Now-Again Records and the manager of MF Doom.

This is one of the reasons collecting vinyl records was so special. It was a form of thrift shopping. People would bring old records to vintage shops to sell them off. Leger even detailed the times when him and his friends would go “digging” for records in vintage shops to see what they could find.

“We would go on digging excursions, Leger said. “Whenever we’re on vacation, we seek out shops and, and bring ship back. And we both have a lot of records. We spent a lot of money over the years, but like, we almost can’t stand shopping or paying the prices that the records are right now.”

Record collecting has shifted focus from collecting old vintage records and now collectors want a vinyl version of their favorite artist’s new album. However, the cost of collecting a new record is high. The average cost to produce 100 vinyl records, according to Vinyl Record Life, is $1,225. That’s $12.25 per record. This price can change if the album has special modifications beyond the traditional black disc.

Collectors like Natalie Reid are often attracted to the craftsmanship of certain records but sometimes the price tag scares her away. “I mean honestly, when I go to vintage shops to buy records I’m not really focusing on the exclusive pressing of a record,” Reid says. “If I’m buying a new album or something like that then I’ll keep any eye out for it and buy one, but I more don’t like buying records for $40 to get a record that has a yellow disc or something.”

Reid was brought up on classic rock vinyl records and it’s how she got into collecting. “That was a different age,” Reid says. “That was when there were plenty of pressing plants and records cost like $10. Those are the records I like to find because they sound more crunchy. Nothing wrong with pressings today but it feels odd listening to a Hip-Hop album today with more electronic instruments.”

With the demand as high as it has become, record companies must prioritize the production of one artist over another. Someone walking into a Newbury Comics is more likely to see a new Lizzo album appear before a new Kanye West album. This because of the massive backlog on pressings the plants must produce to keep up with demand. The demand can lead to bad quality record pressing, taking away from the sound that makes records special.

John Funke is a record store clerk at Stereo Jack’s Records in Cambridge, Massachusetts, a store mostly selling vintage or donated records. “I don’t think new records are a bad artform,” Funke says. “I think the issue is they quality of the pressing. Part of what made vinyl come back I think was the popularity of thrifting because around when records were becoming popular again most of the people at least the people I saw coming into the store seemed really into thrifting.”

In his letter White writes, “In this spirit, I turn to our collegial big brothers in the music world, Sony, Universal, and Warner, and politely implore them to help alleviate this unfortunate backlog and start dedicating resources to build pressing plants themselves.”

Digital Music News reports a new record pressing plant opening in Southern California. The company aims to produce 2 million records a year with a focus on quality over quantity. With sales of records last year reaching nearly 40 million units, this new pressing plant could take some of the strain off other pressing plants, but the demand would still be difficult to keep up with.

Funke shared later his thoughts on why it’s harder to sustain new record popularity as opposed to vintage record popularity. “Now that everyone wants new records,” Funke says, “and with not enough companies to produce the records, it’s kind of a recipe for disaster.” 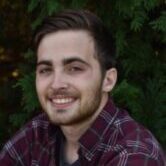