A milestone for transgender people in Massachusetts.

A potential danger for transgender people in Massachusetts.

Two days separated by two years, but progress might turn to problems for transgender people in Massachusetts.

Two years ago, Governor Charlie Baker signed into law a bill to protect transgender people from discrimination in public spaces. Now, the bill is facing repeal. On the upcoming November ballot, Question 3 asks whether or not to keep the current anti-discrimination bill in place.

Massachusetts is one of 21 states that currently have public accommodations for transgender and gender non conforming people.

This November, Massachusetts could join the 29 other states that have no anti-discrimination policy for public accommodations.

Robson Govine, coach of a recreational transgender and gender nonconforming softball team called the Trailblazers, said, “Knowing that in November people get to vote on whether or not me or my teammates, or any trans folk in the state of Massachusetts deserve to be protected when walking into a restaurant, gym, MBTA, or even the parks we play in, feels unfair.”

The Trailblazers are just that- trailblazers for transgender athletes.

The team started over 10 years ago when leagues and teams for transgender and gender nonconforming athletes failed to exist. The Trailblazers organization represented one of the first sports teams in Massachusetts specifically for transgender athletes.

The mission, as Govine said: “We are a softball team dedicated to creating a fun and safe space for gender nonconforming and trans people. We recognize that these groups have been systematically denied access to organized sports. Therefore, we welcome people of all skill levels and backgrounds. We believe a safe space is critical to the well-being of ourselves and our larger community.” 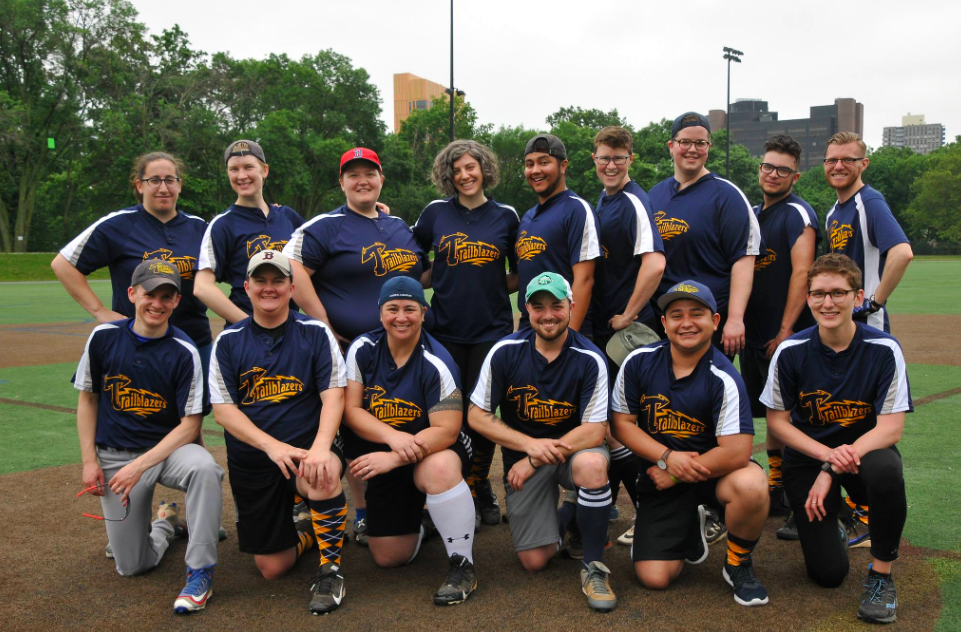 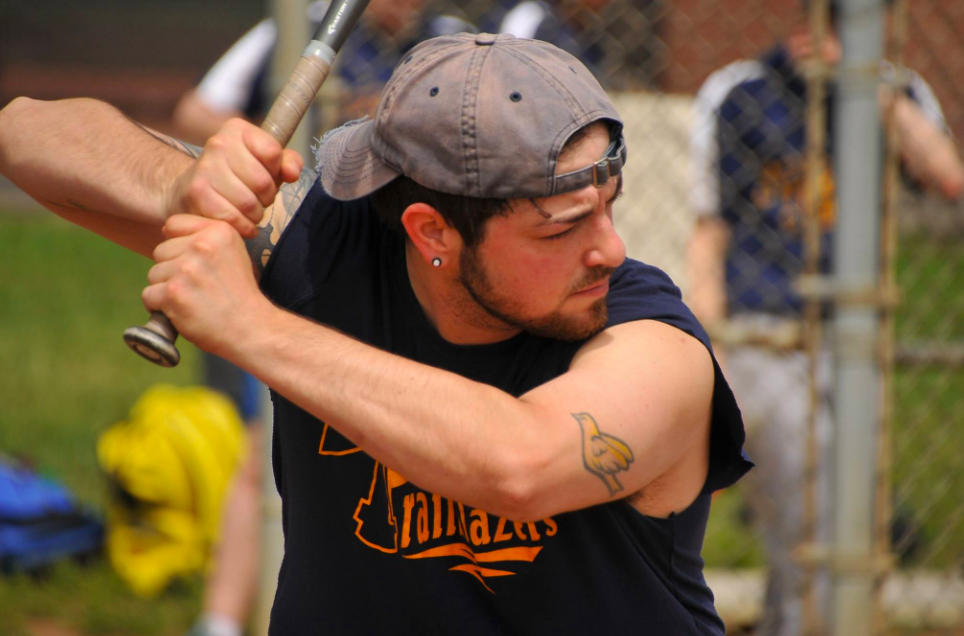 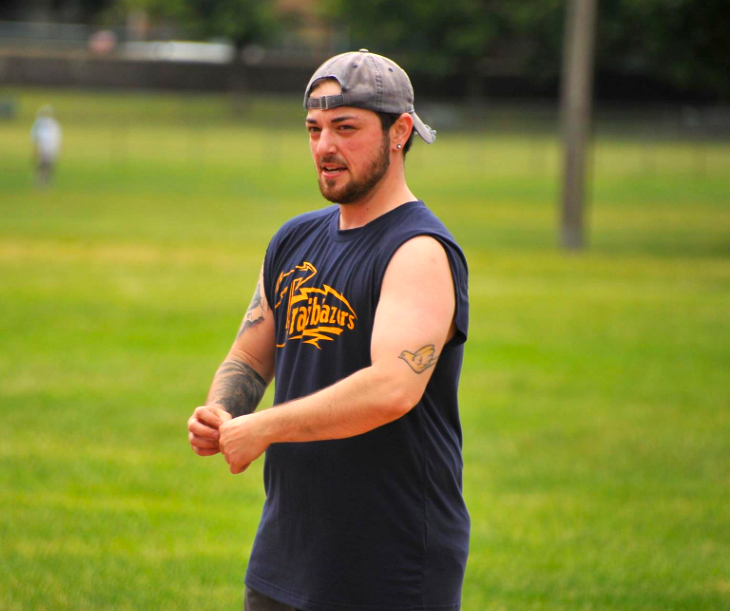 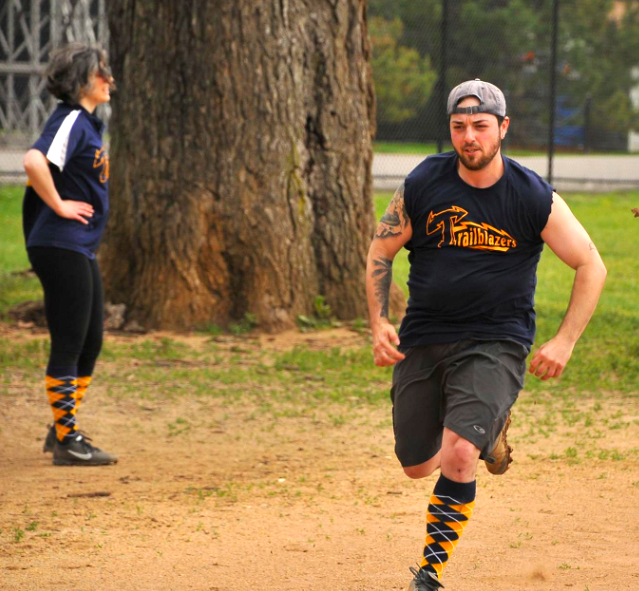 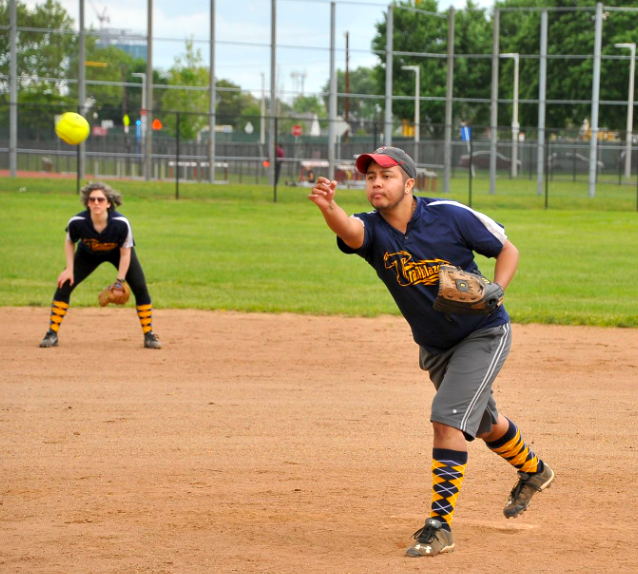 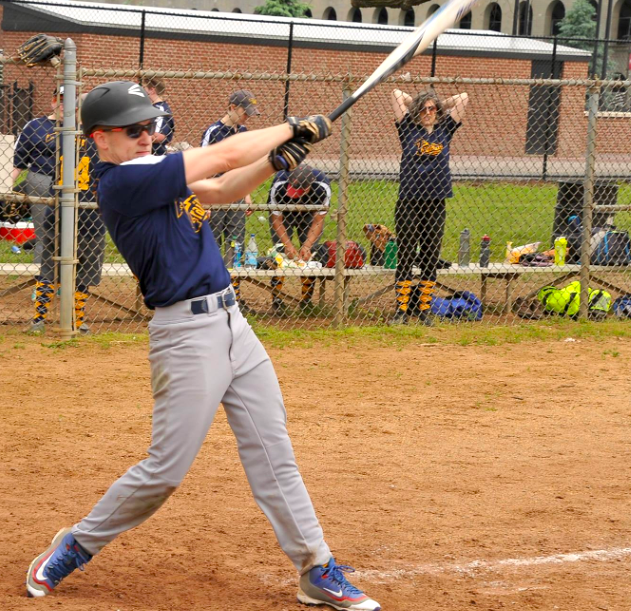 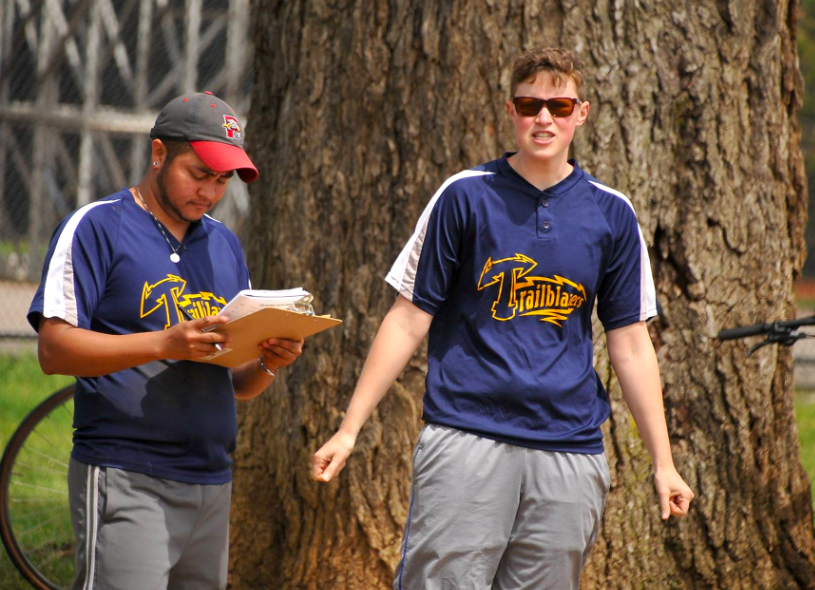 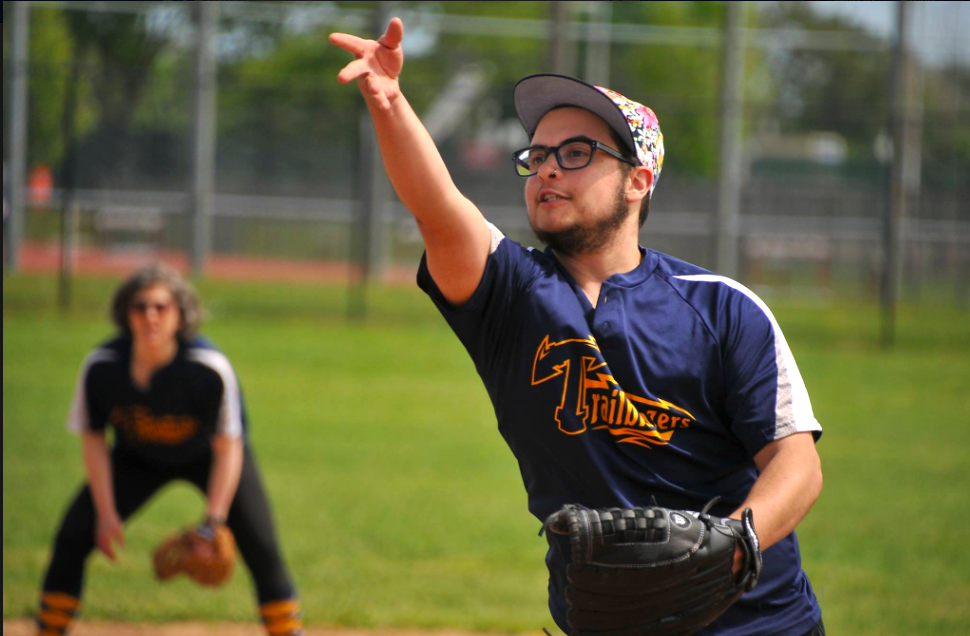 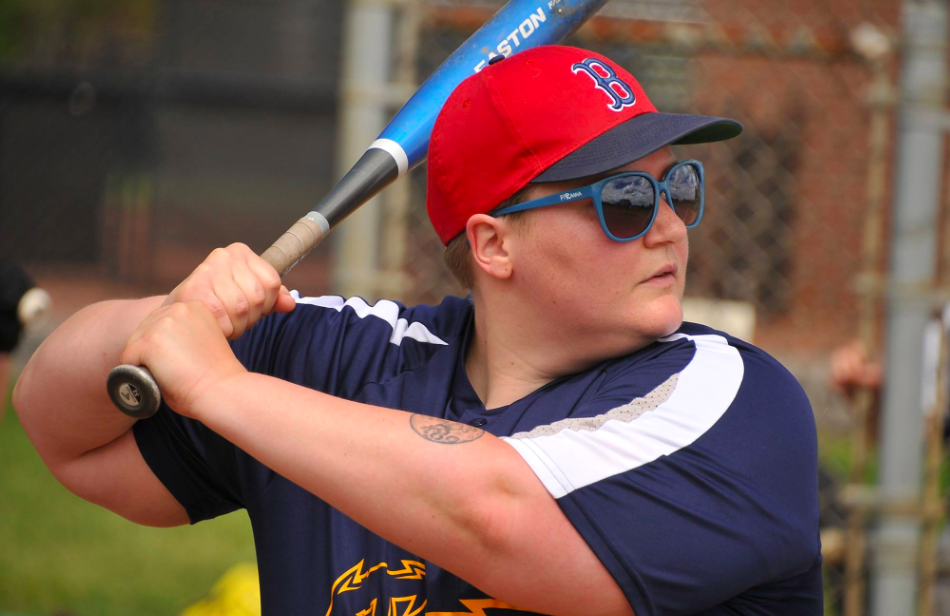 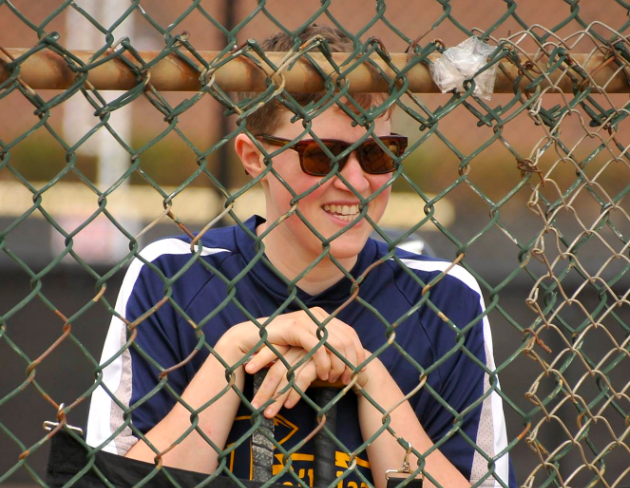 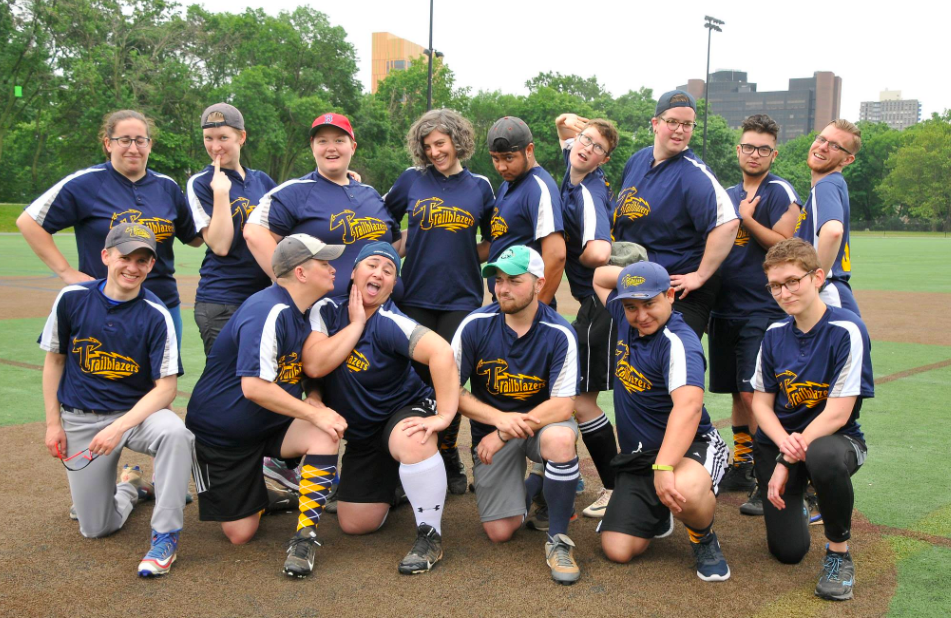 Not only do the team members express their true selves through athletics, but they also have a community to support and encourage them. As Govine said, “Being trans and being able to walk into a new group of people and knowing you won’t have to explain your identity or hide it was a huge thing for me. I grew up playing sports, and eventually stopped because of my identity.  Knowing that I could join a team and focus on playing was great.”

The Trailblazers, however, offers more than an athletic outlet. The team also serves as an inclusive community.

“For me, what I’ve gotten from this team the most is connection and friendships, but also in my first few seasons when I was just transitioning, it also provided me with support and resources,” Govine said. “The other unique thing for me as a player was that I found myself transitioning alongside other players – none of us were alone in the process.”

The implications of the ballot referendum stretch farther than one person or state. “This ballot question is not only important on a personal level, and state-wide level, but also on a national level,” Govine said. “Massachusetts will be the first state to vote on anti-discrimination protections for transgender people – how this vote goes can have national implications for anti-discrimination protections across the country.”

The outcome of the upcoming ballot referendum could also impact larger policies for transgender people including eligibility and inclusion for high school athletes.

In high school athletics across the country, only 17 states currently have fully inclusive policies for transgender student-athletes.

Seven states still remain without any policy to protect transgender athletes, while another seven are discriminatory, requiring birth certificates or surgery and hormone wait periods.

If Massachusetts repeals the bill, Govine said it will put himself and his athletes in danger and at risk. He also worries a repeal verdict will negatively impact other policies to protect transgender athletes.

Kelly Jenkins, who moved to Massachusetts from Tennessee for more equal rights, repeats that sentiment. If the repeal passes, “It will embolden other people to attack LGBTQ rights in other ways,” she said. “I will leave Massachusetts if I lose my rights.”

Jenkins is a professional disk golfer. She said the current anti-discrimination bill makes her feel more comfortable using bathrooms that align with her gender identity without being harassed.

As November nears, Jenkins remains optimistic. “I believe Massachusetts is a state that tries to approach social rights issues with the thought of dignity and respect for all its citizens,” she said. “All Massachusetts citizens deserve to feel safe in public places.”