In a World War II reenactment, Chinese immigrants living in Pennsylvania, went to Reading, Penn., and acted out their firearm fantasies.

“Bang,” a shot was fired by a man portraying a Japanese military officer. He then shouted “Hayaku,” meaning “Hurry up!” in English, and pointed to someone portraying an American pilot trying to crawl into a bush with his A-2 flight jacket unzipped. Suddenly, a few shots are fired from distance by several Chinese soldier reenactors dressed in grey uniforms. The Japanese officer reenactor fell down.

The Chinese people who participated in this event on June 16 are members of Greater Philadelphia Chinese Gun Club, a large local group of Chinese firearm owners.

Fenfei Chen, who acted as a Chinese officer in the reenactment, is also a senior member in the group. He said that all the guns and explosives were real. “We wanted to make the scene as real as possible, so the guns we used are mostly from Chinese firearm owners’ antique collections.” He held a rifle and pointed at the letters inscribed on the rifle’s wooden body. “You see these numbers? It’s 1932, the year when the gun was being manufactured,” he said. “It’s the gun from the war.”

Chen came to the United States in 1992 when he was 23. But after staying in the U.S. for 20 years, he started to become connected with guns. “It was in 2012, one of my friends was a police officer. He took me to the shooting range, then I became a fan,” he said.

Chen said he believes by owning guns, he can practice his Second Amendment right to bear arms. “What is the value of freedom if you don’t use it?” he said.

“People are shouting for more gun control, however, I think this is the energy that keeps Second Amendment alive,” he said. “Any movement that intends to change Second Amendment is to shake the foundation of America. So American people will fight back.”

Like Chen, some of Chinese now living in cities from Salt Lake City to Boston and from Philadelphia to San Francisco are taking up arms, signing up for shooting lessons, joining gun clubs and practicing their aim on rifle ranges across America.

“According to our study, we find that Asian immigrants are the most eager ethnicity to assimilating into local culture,” said Westy Egmont, a professor who studies immigration at Boston College’s School of Social Work. In the U.S., guns are part of the culture, he said.

David Pragowski, an information specialist at the National Rifle Association, said that the association has no exact data of Chinese ethnicity members because it doesn’t ask people’s races when they join in. However, he said that during the two weeks after the Parkland, Fla., school shooting, NRA membership totaled 6 million.

At a century-old pistol and rifle club in Braintree, Mass., more than 10 percent of its members are from the Asian community and most of them are Chinese.

Jacky Shi, the club instructor, is an immigrant from China. He moved to the U.S. with his parents when he was 8.

Shi said that people in the Chinese community are more educated because they have usually been told firearms are tools to protect themselves.  He also said he believes the Massachusetts anti-gun policies lead to more crimes. “Mass is an anti-gun state.  Our state government doesn’t like citizens to own firearms,” he said, “so they give a lot of room for criminals because citizens now don’t own firearms.”

However, the crime rate and homicide mortality data from FBI Uniform Crime Reporting and Centers for Disease Control And Prevention tells the opposite story.

The FBI data shows that from year 2004 to 2014, the violent crime rates in Massachusetts  spiked in 2006 and gradually went down.

The CDC 2016 data also shows that Massachusetts has one of the lowest homicide mortality rates in the country.

Ruiwen Wu was a former police officer in China. He moved to the U.S. a few years ago. Wu described the differences in the attitudes towards firearms in China and the U.S. as “huge.” “I can see all the police officers here carrying their sidearms. But most Chinese police officers, including me, were not allowed to carry the pistols. Only the SWAT team can carry their guns when doing the job.”

Wu said he believes that the reason why most of officers in China are forbidden to carry firearms is because of the lack of training.  “Every year, we have one or two days for shooting practice, which we only shoot 20 rounds,” Wu said. “Can you believe that? I shot way more bullets the first time in the shooting range here than my police annul practice.”

The East Coast Chinese Sportsman’s Association in Philadelphia was co-founded by Wu in May 2016. He said more than 2,000 Chinese people have joined the association and about 300 of them have registered as official association members.

“We started the association with about 60 people, but with the development and free lectures going on, the number of members and people interested in have increased a lot in the recent 18 months,” said Wu.

The reason for establishing the association was because of the wide-range robberies against Chinese merchants in Philadelphia a few years ago.  “Tens of shops were robbed by armed criminals who intended to pick Chinese merchants,” Wu said. “So we held lectures and workshops to help people who were willing about using guns to protect themselves. And we also invited police to educate people.”

Wu said that the disciplined and self-restrained Chinese personality may make them easy crime targets. “Chinese people always don’t want to get into trouble, but sometimes, trouble just come to us,” Wu said. “The Second Amendment has given the right to people to bear arms. Why don’t Chinese people use it?”

Another co-founder of the organization,  Lei Yu, was a doctor before coming to the U.S., and now works in a local Philadelphia hospital in an administrative and teaching position.

Yu describes himself as always being a peace lover. “I’m a doctor, I was trained to save people, not to kill them,” he said. “Even now, I have guns and I practice shooting, I still believe in that.”

However, the trigger for his decision to buy and own guns is living a bad neighborhood. “When I moved to New Jersey, my house is near Camden, one of the most unsafe towns in the country. So I bought guns to protect my family,” Yu said.

Yu consider the conflicts between the pro-gun and the anti-gun sentiments in the U.S. as distractions, while the real problem remains unsolved. “I think gun is not the real problem of American society, it’s the scapegoat of other real issues,” Yu said. “The two parties both have their advocacies and policies towards guns, so the gun problem becomes a political problem,” he said. 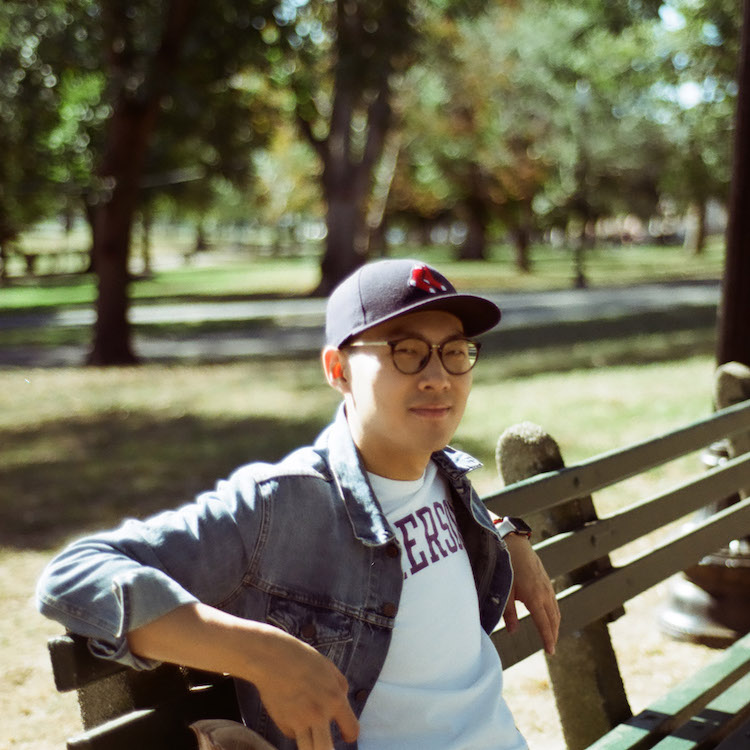