The pub has a long and rich history including being a favorite spot for the Boston Herald reporters and Boston police officers. Both The Herald and the Boston Police Headquarters were close by allowing people a short trip to the local bar.

Michael Foley is the manager of J.J. Foleys and is the 4th generation in the family to own the Irish pub.

“My favorite thing about my family owning J.J. Foleys is I think it’s great to see a family business that has lasted 4 generations and 112 years. I think it’s a great accomplishment for my family,” said Foley.

The family has always had a hands-on ownership. Which means they often there working along side their employees. There is always a Foley family member behind the bar working, ensuring the business is running smoothly and that customers are happy.

“There is a huge sense of pride in our business. One of us is always there. And we want to do things,” said Foley. “With our name being on the building and on the business, we want to make sure that things are done the right way.”

With a business that has been in a family for over 100 years, it makes perfect sense for them to want to be there for the day to day life.

Stephanie Schorow, author of Drinking Boston; A History of the City and Its Spirits, has a deep knowledge about old bars and the history that took place within their walls. The pub happens to be featured within the pages of her book.

“JJ Foley’s really has a long history in the Boston area. First of all, the building was the site of one of the meetings for the 1919 police strike,” said Schorow. “They had that upstairs, there was a meeting in 1919 and there was a huge police strike, which had a lot of ramifications for labor. “

Schorow worked for The Herald when it was located close to the pub, she often went with the other reporters to drink as was a long standing tradition on Thursdays.

“It’s weathered a lot of storms; it’s weathered a lot of development. It has traditionally been the place where the newspaper folks gathered from the Boston Herald,” said Schorow. “The Boston Herald used to be right around the corner and I worked for the Herald and Thursday night was the tradition to go to the Foley’s have your paycheck cashed, to bring your paycheck over, and they cash it for you. And they did that up until fairly recently. “

With J.J. Foleys being the place to be for The Herald writers to go, it was also where they celebrated their events.

“You’d have drink in the press men and you know, oftentimes, so it was a very, very keen social place and then when anyone left the Herald, there would be a party there for them, but generally, if they went to the globe, they would get it ceremonial bow tie. And a lot of razzing at JJ Foley’s and off they go,” said Schorow.

J.J. Foley’s left a lasting impression on not only Schorow but on other Boston Herald employees. But this goes beyond just the building, the family behind the business have a large hand in that.

But the history of J.J. Foleys begins long before the Boston Herald employees began frequenting it.

The business was started by Jeremiah J. Foley after he immigrated from Ireland. Although it is hard to know what year he came to America, he still arrived and opened the Irish Pub upon realizing the lack of opportunities available to him.

“My grandfather immigrated from County Kerry Islands in the late 1890s or early 1900’s no one’s really sure of the exact date. But there were very, very few opportunities for Irish immigrants at the time. And I think he saw that is his way of getting his bit of the American dream.”

The business has since been passed down to generations of Foleys after him. The Foleys have always done its best to keep it as authentic as possible although making sure to update with necessary times.

The pub was just a bar for the first 91 years that it was operating it. The place did not serve food until the 2000s when the family made some upgrades to improve it.

When asked about what updates were made to the building, Foley said “So from 1909 to 2000, it was basically nothing, nothing done to building. In 2001, we had a major renovation of the building, we added some commercial space on the second, third, fourth floor, added a dining room and a full kitchen in a space that was previously used for storage.”

The Foley’s hope to keep the business in the family for many more years to come.

Stop into J.J. Foley’s Cafe located at 117 E Berkeley St for a chance to meet a member of the family and get an authentic Irish Pub experience. 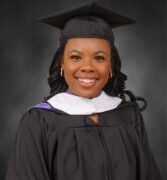