What I did for filth,

I’m a murderer and a villain?

I made the whole world cry

Over the beauty of my land.

That is the poem that a Russian poet Boris Pasternak wrote on receiving the Nobel Prize in Literature. He was not allowed to receive his reward, and this poem showed that he was puzzled why his motherland could not enjoy the triumph he brought to it with his outstanding writing. The same might apply to the present day Tatar national movement that wants nothing but peaceful co-existence  on the Russian territory of all the ethnic and cultural groups the inhabit it.

The Square of the First May in front of the Kazan Kremlin symbolizes the controversies of the local life. The monument to Musa Jalil, a secret organizer of a revolt in Hitler’s fighting for Kazan troops, and the Soviet five-pointed star on Spasskaya Tower behind the monument are placed next to the domes of an Orthodox church and in a proximity to the main Tatarstan Kul Sharif Mosque. This tiny piece of land epitomizes centuries of history that lives until today.

Kazan is the capital of Tatarstan, a Russian region famous for its pursuit of independence, its historical legacy of being an heir to one of the greatest medieval kingdoms in the world – the Golden Horde that once stretched from the Pacific Ocean in the East to the territories of modern Germany in the West. And that’s something modern Tatars still remember until today.

“Russia lies on the same territory the Golden Horde used to be situated on,”

Here on the high banks of one of the largest Russian rivers Volga each October two communities venerate their own heroes and martyrs. All Tatar Community Center commemorates The Day of Remembrance and Sorry, because it was that day in 1552 when the army of the notorious Russian tzar Ivan the Terrible burnt the city thus paving the way for the unification of the Russian lands under the power of Moscow. The same day local Orthodox community serves the liturgies in the honor of the Russian soldiers who died in this historical battle. 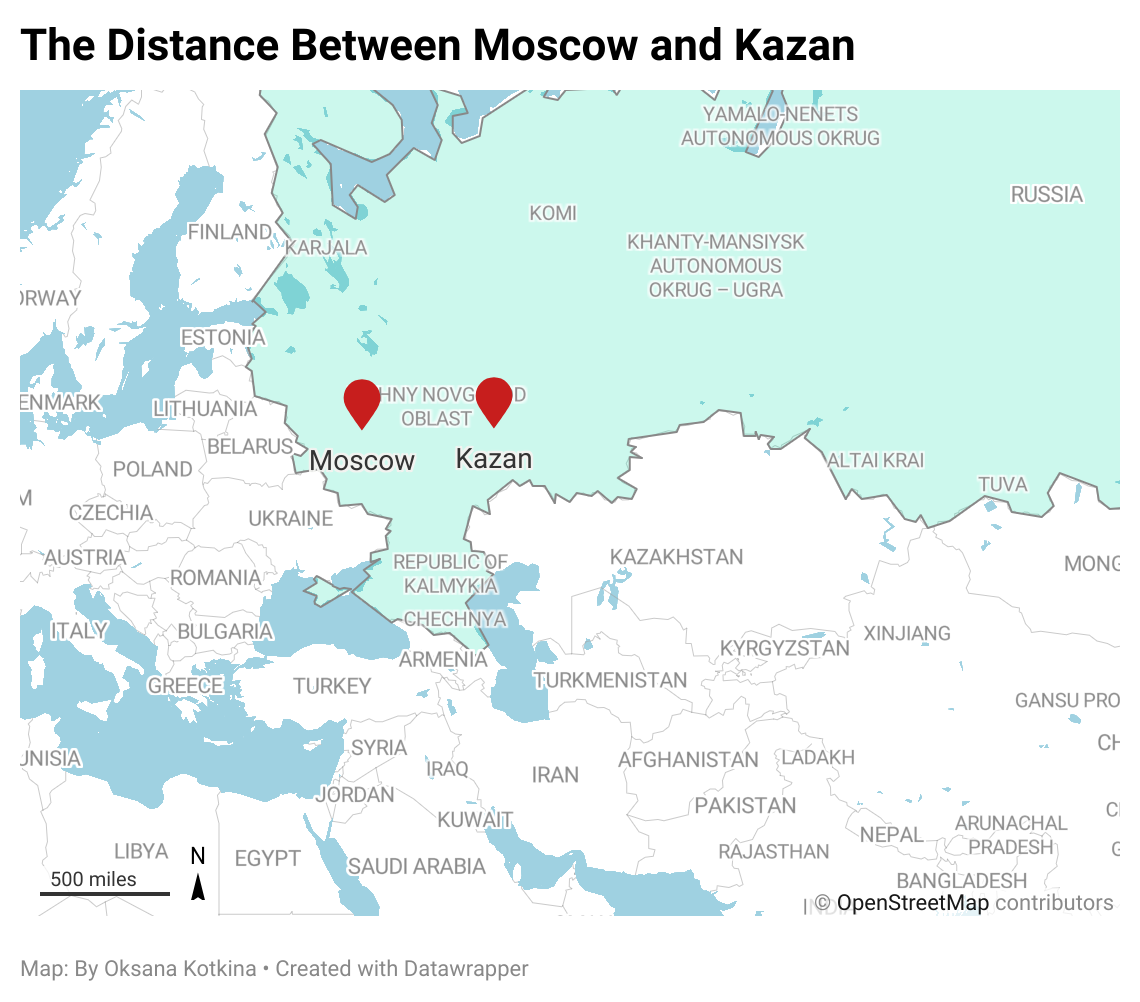 Russian school history books tend to portray this epic event as the final accord in the battle between good and evil, between Russian forces and the Tatars, between Christianity and Islam. And that historical allusions contribute to the negative reputation the modern Tatars have among modern Russians. The reality, however, was more complicated than this simplified black and white historical narrative.

There were also Tatars in the army of Ivan the Terrible that besieged Kazan,” says Rais Suleymanov, a Russian historian of religions, editor in chief of peer reviewed magazine Musulmanski Mir (The Islamic World). “They were the forces of Shahghali. At the same time in Kazan there were around 10 thousands of Russian merchants who participated in the battle on the Tatar side.”

“Tatars played a crucial role in several historically significant events in the Russian history,” Safargali says. During the Battle on the Ice Tatar cavalry defeated the cavalry of the Teutonic knights, and in the times of the Polish intervention of the beginning of the 17th century Tatars became part of the Russian people army.

The simplified patriotic historical narrative upholds the biases held against Tatars until today.

“When I was a child, I once heard how an old Russian woman scolded my mother when we were on a tram in Kazan for speaking the Tatar language to me,” Safargali remembers. “The old lady said it was impolite to use Tatar in public places.”

The feeling of being a second-rate citizen remained with him throughout his life, —

Until one day Danis Safargali, a navy officer, decided that he did not want to be one, and in 2012 he organized “The Golden Horde” – a Tatar organization distributing information about Tatar national culture, history, and language.

“The basis of the Tatar culture was indeed created during the times of the Golden Horde,” guide at the Kazan Kremlin Museum of the History of the Statehood of the Tatar People Kadriya Badrutdinova says.

However, Danis Safargali was imprisoned for his activities and served a three-year term in the Correctional Facility No.6 in Omutninsky area of Kirov region. After he was released one of his friends said to him that the police were waiting for an excuse to start the persecution.

At that time Safargali and his wife worked as administrators in the hall of residence to the college their son was attending. Once their son got involved in a fight, and the parents came to help him out. One of the attackers punched the Safargali’s pregnant wife, and Danis Safargali filed the case. In the end, however, it was him who was accused first of hooliganism, and then of extremism for kindling the hatred toward “the authorities”.  In the prison Danis Safargali was tortured.

“I was racked on a wooden board, and they poured water on my face – it is called a dry drowning,” Safargali says. “They used to beat us without reason with batons,” he continues. “When you enter the jail, they put on Rammstein and shout out the orders, but you can’t hear the orders, as Rammstein is louder, and then they beat you for not fulfilling the orders.”

“The prisoners woke up in the mornings under the songs ‘Life is shit’ and ‘You are dead, and I am not.” —

And the jail authorities also used to throw the prisoners outside during the winter.

“They did this to teach us not to undermine the Russian regime, as they saw it,” Safargali says.

To protect his rights, he went on several hunger strikes for the total of 60 days. He says that his legs hurt, and he keeps putting on weight after the term. Danis Safargali was admitted the prisoner of conscience by the Russian oldest human rights advocacy group “Memorial”.

Even now Danis Safargali says that he considers Russia as his country and the country of all the Tatar people.

“When someone says that Tatars got integrated into the life of Russia, I always say that it’s not true, as Tatars were living here forever, as long as Russians were,” Safargali says. “Tatar national movement is not about separating from Russia, but about getting our rights on our own land,” he continues. “It’s for our rights to speak our own language and have our own culture.”

“Tatar national movement is about our right to have our own culture.”

The main issue for the Tatar national movement now is the language. In the late Soviet Union, there was just one school in Kazan, where children had a Tatar class. Then two additional classes were introduced in all the schools of Tatarstan, but the hours used for Tatar were taken from the Russian language classes, and the children needed the Russian language for the university entrance exams.

“That is why some parents demanded that their children learn the Tatar language voluntarily, and not at the expense of the Russian language,” says Suleymanov. “The problem is that many Tatar parents in this case also began to choose Russian, as it is more practical, ” he continues. “They think it’s pragmatic. They believe that a good knowledge of the Russian language will help their children to make a career in Russia.”

All Tatar Community Center was the main organization of the Tatar national movement. It was established during perestroika. Party members and the clerical circles alike were involved in the making of the new organization. The main aim was to raise the status from autonomous republic to allied republic that would allow the region to file the independence.

“The program of the first nationalist Tatar organization was written by deputy head of the department of Tatarstan Party,” Suleimanov says. “After the former president of Tatartstan Mintimer Shaimiev signed an agreement with the president Yeltsin on the conditions of the privatization of the industry in Tatarstan in 1994 on Tatar terms and most of the republic industry went to Shaimiev family the authorities lost the need in national movement.” 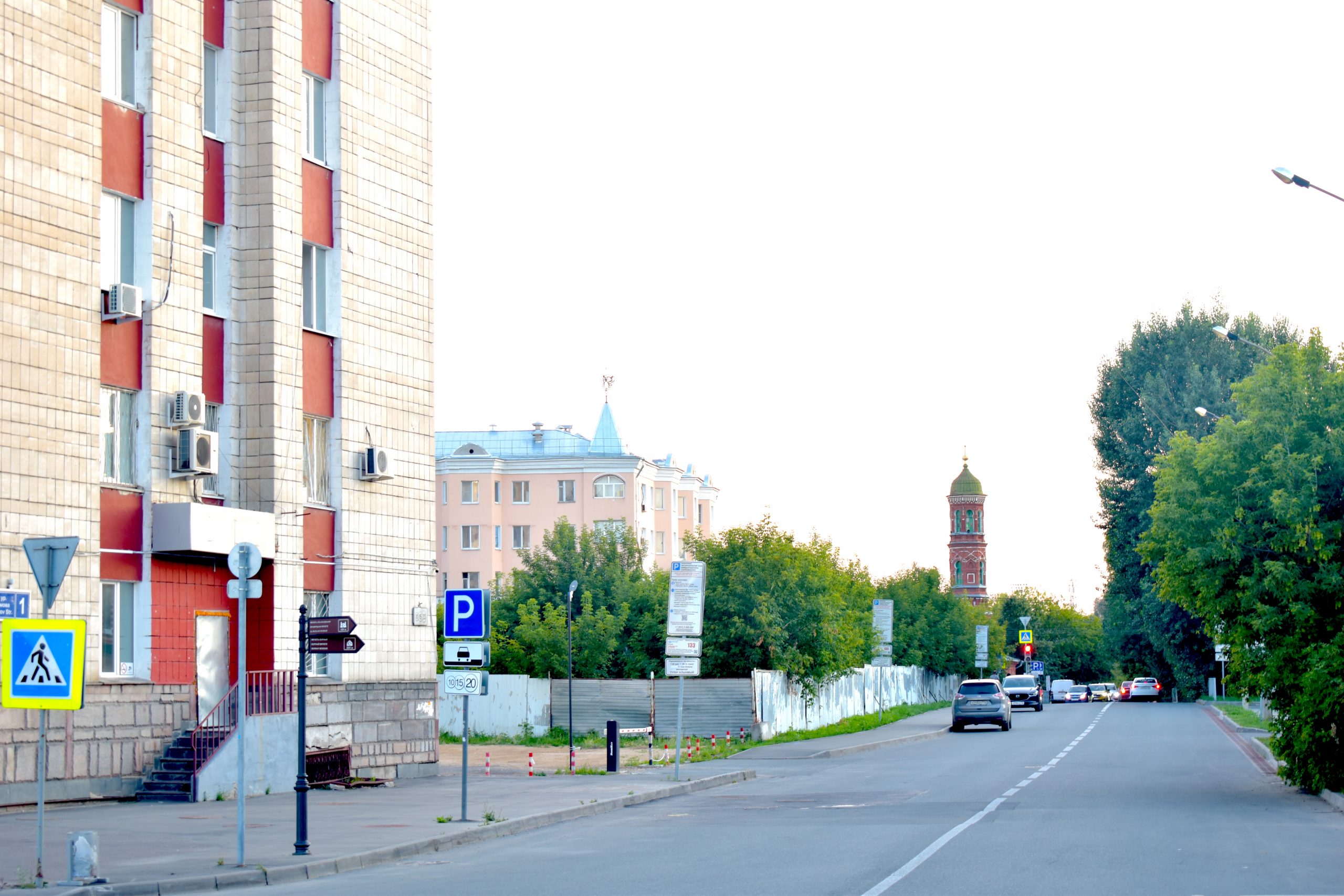 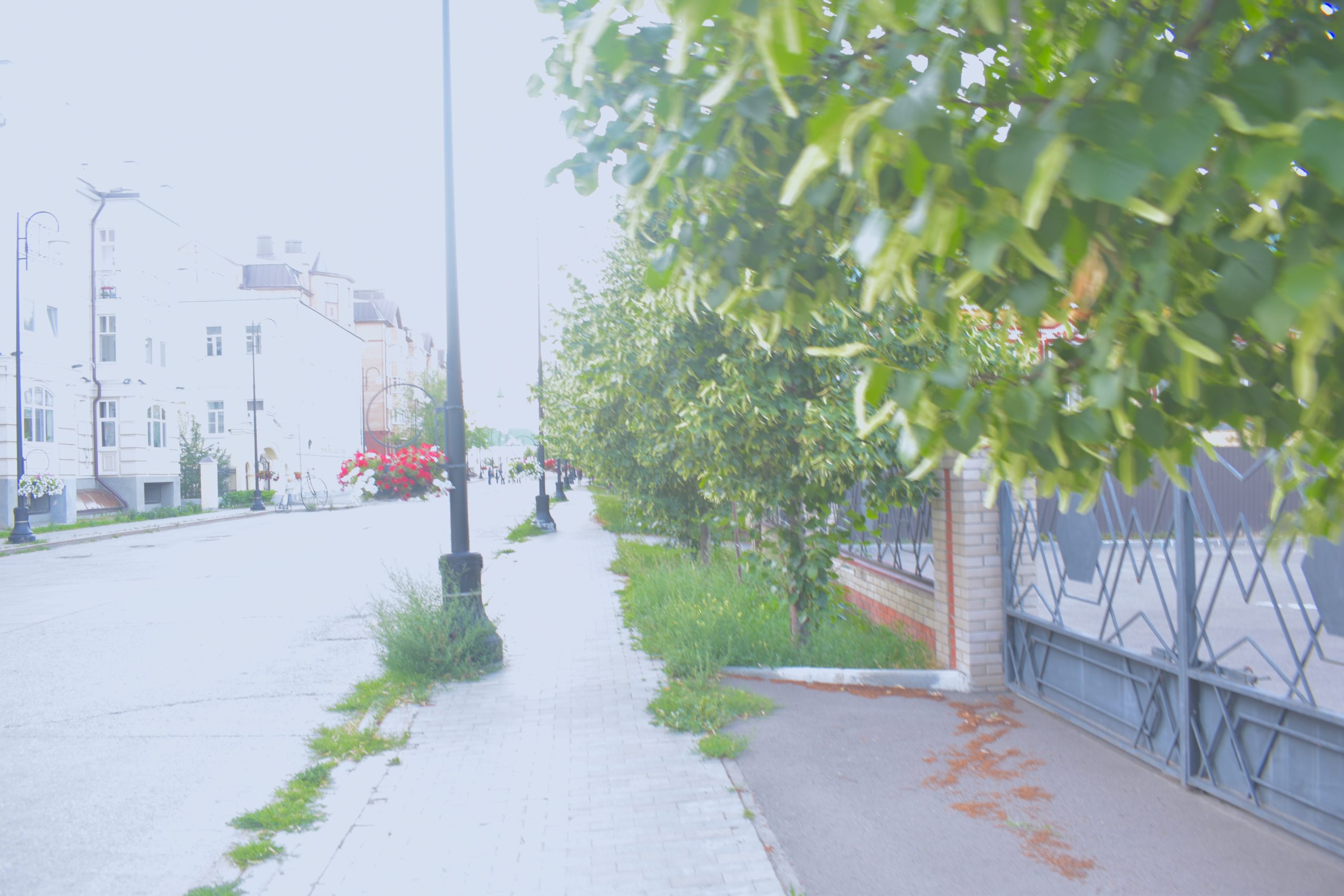 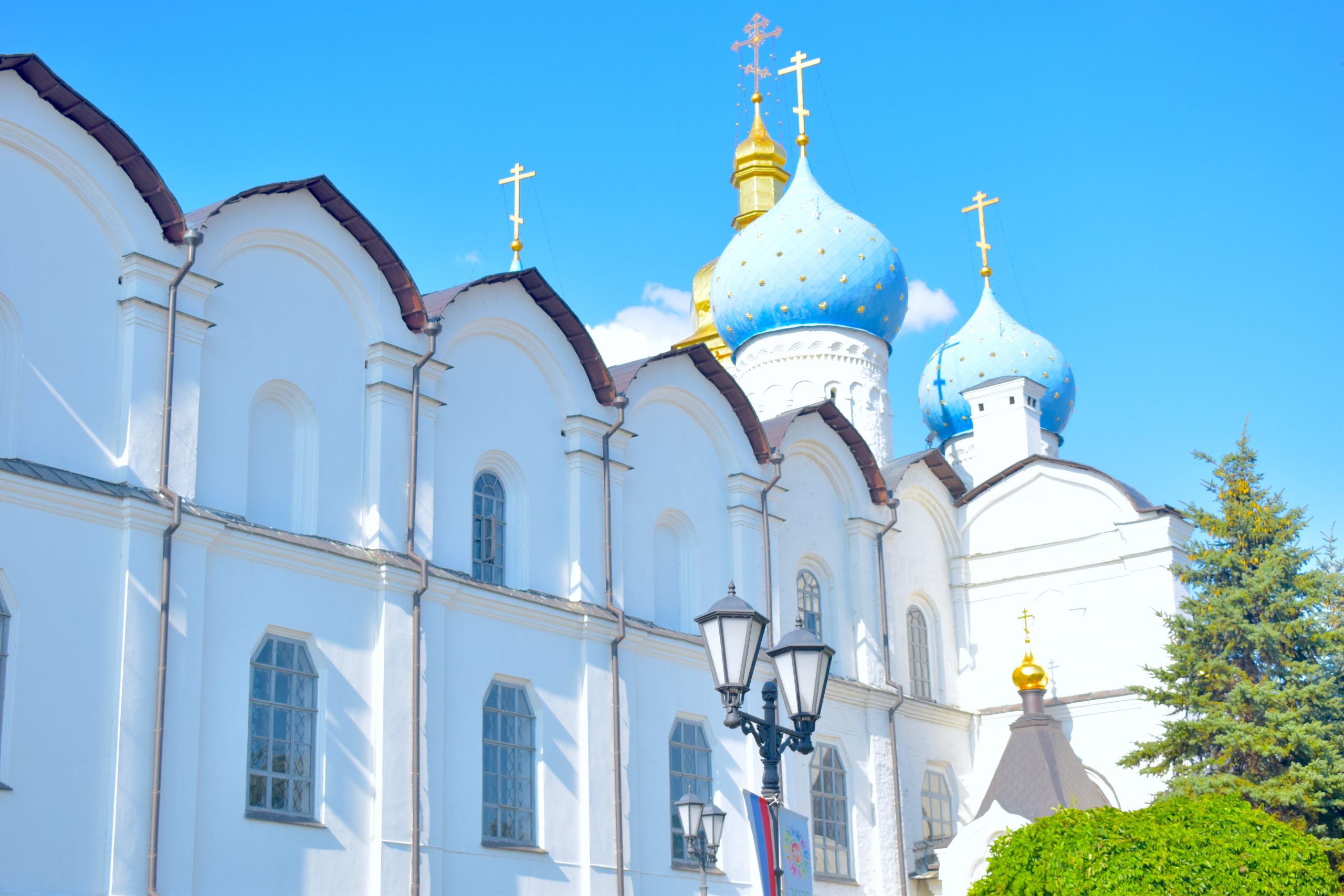 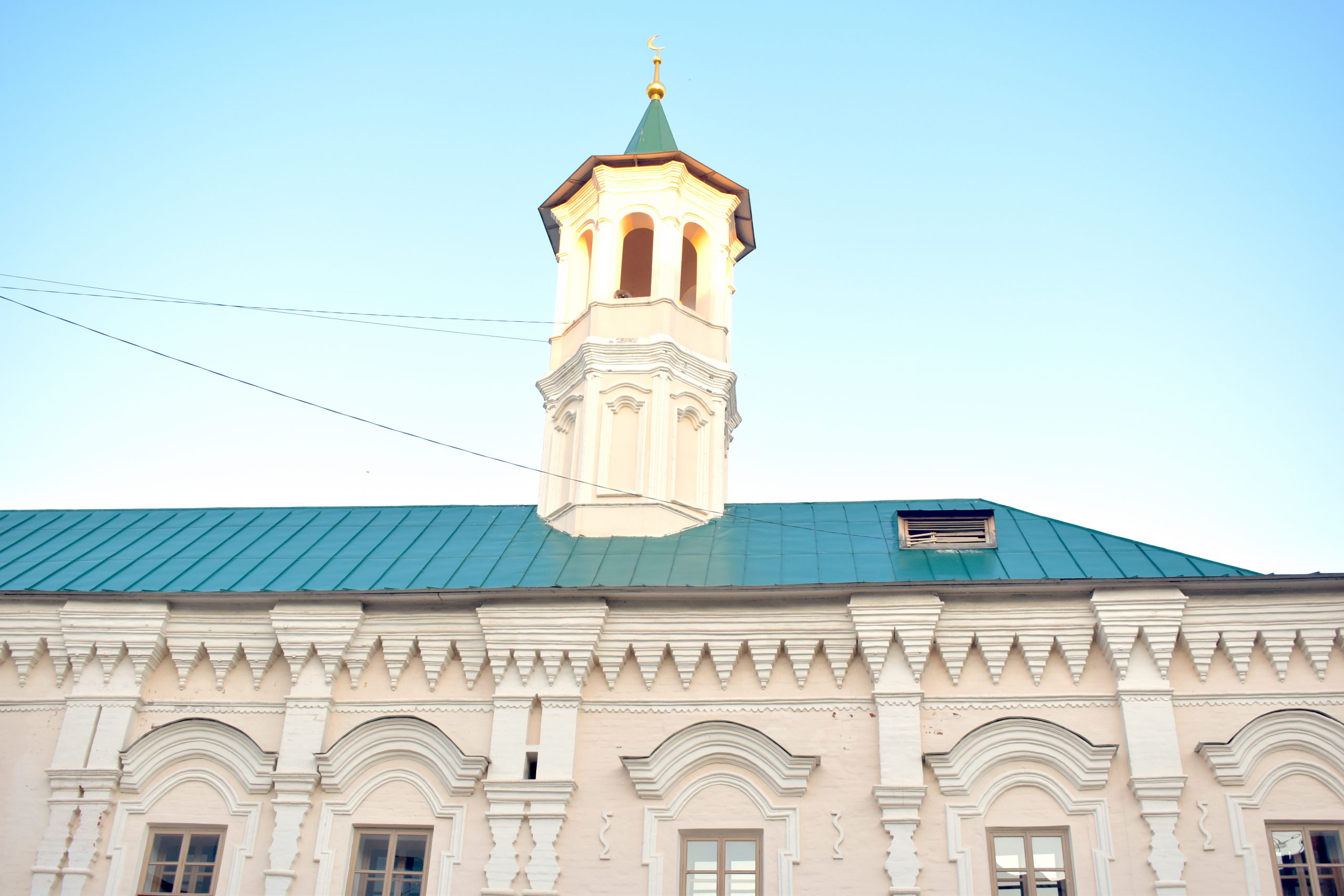 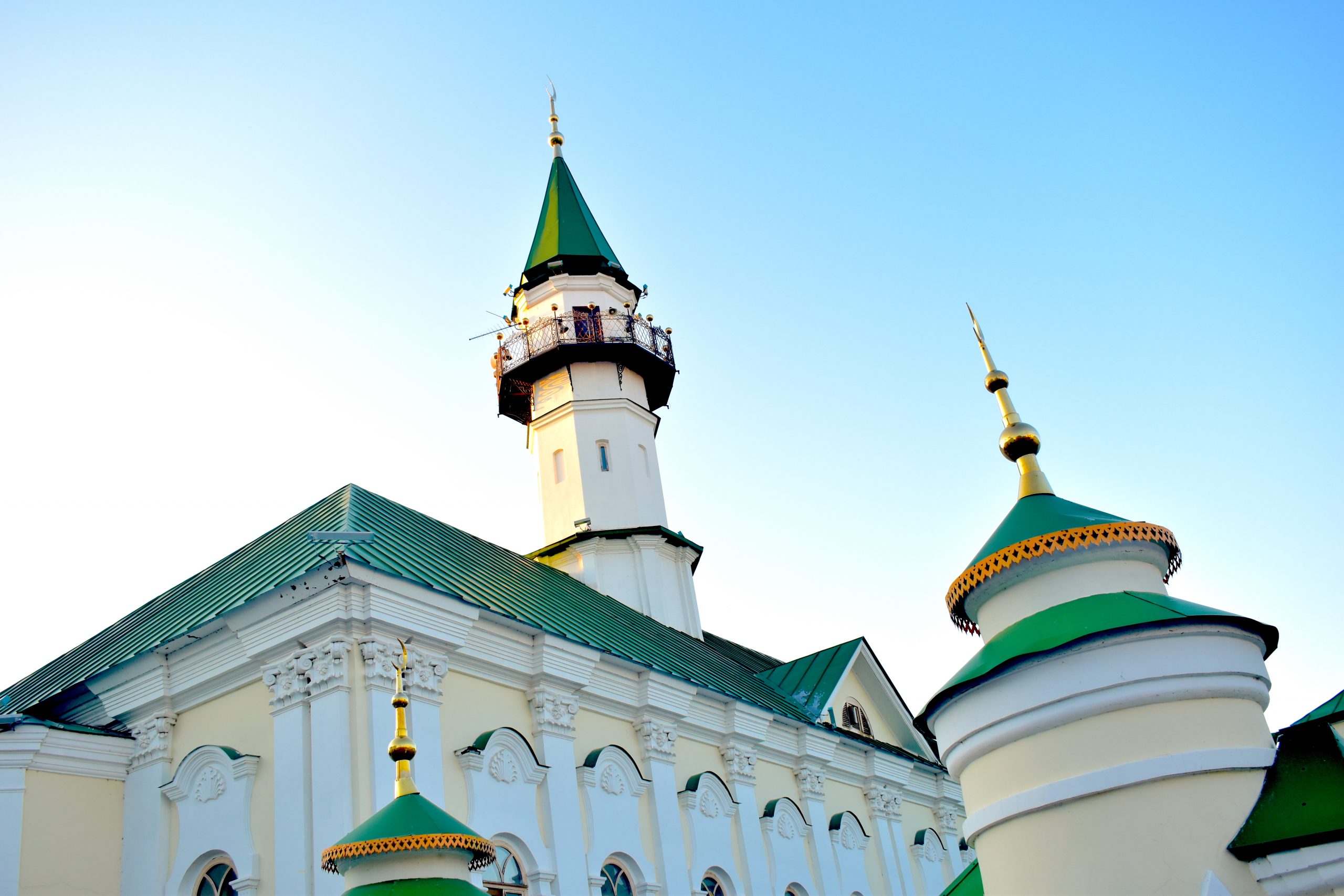 At the moment, Russian authorities included All Tatar Community Center in the list of extremist organizations, according to Suleimanov.

“Tatar culture is dying,” Safargali says. “It is becoming assimilated.”