Maria Peniche said everything in her dorm was not hers. The furniture, the laptop and the winter clothes are all donations from Peniche’s friends. When she came back to the United States to seek asylum, all she owned was a pair of pants and some shirts.

Peniche first came to Revere, Mass. from Mexico with her parents and her younger brother 11 years ago when she was 12 years old. She thought if she was able to master English, everything would be fine. It was not until she was 17 when her mother was diagnosed with diabetes that she realized living undocumented was far more difficult than learning a language.

“My father asked us to help out and when we had to look for jobs, I realized that I had no Social Security number,” Peniche said. “That’s when it first hit me the boundaries that I had just because I was undocumented.”

Life became so tough that Peniche’s family decided to go back to Mexico on June 12, 2012, three days before President Obama announced deferred action on deportation of young undocumented immigrants. In order to be qualified, these immigrants must be younger than 30 and have been brought to this country before they turned 16. They also must have lived in the country for at least five consecutive years with no criminal record and graduated from a U.S. high school or served in the military.

The deferred action grants the qualified immigrants to have work permits for two years that can be renewed. Pakistani Heba Khurram, 22, a friend of Peniche, has lived in the United States since she was 4 years old. Because of the deferred action, Khurram managed to get a driver’s license and is able to work to help pay her college tuition.

But things went from bad to worse to Peniche. A year after she was back to Mexico in the May, 2013, Peniche was sexual assaulted by one of her relatives who was a member of a drug trafficking organization. Since then, the man started trying to track Peniche down and kidnap her.

“It was really bad for her. It was completely different world. When you grew up in one environment and you moved to another environment, there were so many risks you wouldn’t know,” said Khurram. “She was there with gangs. living here they didn’t teach us to equip ourselves to deal with gang violence.”

Feeling their lives were seriously threatened, Peniche’s family decided to come back to U.S. They presented themselves on the border to seek for asylum and were brought to the detention center. There, Peniche had another painful experience as an undocumented immigrant.

“They throw the food under your prison door. They handcuffed you. I had a chain around my waist,” Peniche said. “I didn’t kill anyone. I didn’t rob. I did nothing wrong. All I did was asking for asylum because someone was trying to kill me in my home country. But they just treated you like that.”

Peniche said she realized being undocumented was not just about not being able to get a driver’s license or go to college. It was about family being separated and innocent people being treated inhumanely.

“When I was detained, I realize how selfish I was. Because everything that I felt bad about was things that I didn’t get,” Peniche said. “But it’s bigger than getting driver’s license or go to a college. It affects everyone.”

Peniche was released after three weeks and her luck turned.

Knowing Peniche’s situation, Pine Manor College, where Peniche attended school before she was back to Mexico, granted her a full tuition scholarship. She and her parents have provided proof of a credible fear of persecution or torture, which is one of the requirements of applying for asylum. They are waiting for their court date.

After being back to Massachusetts, Peniche has been engaging in immigrant rights campaigns. Bring Them Home is one of them. It is organized by The National Immigrant Youth Alliance, a grassroots network of undocumented youth who are fighting to reunite with their families.

“A lot of students have been granted deferred action but sadly their family members are not,” Peniche said. “If he [President Obama] was able to grant deferred action for undocumented students, he has the power to give the action to their parents and stop the deportations.”

Peniche also participated in the rally in front of the Suffolk County Detention Center on April 17, blocking the entrance of the jail with 19 other immigrant activists until the Boston Police arrested them. The charge of disturbing the peace was dropped the next day.

Now, Peniche finally is able to take a breath and try to picture her future. Peniche said if she could stay here, she would be more involved in advocating for undocumented immigrants. “I want to run an immigration clinic, where other undocumented people can learn how to get through the system,” Peniche said, “and help others get out of the detention center and be back to this country.” 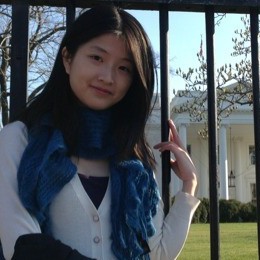