Around 40 non-Muslim Boston University students volunteered to wear hijab on March 22 as a part of the university’s Islamic Awareness Month. The “BU Hijab Day Challenge”, as it was named, was one of several events sponsored by the Boston University Muslim Students Association in celebration of the month of awareness.

Throughout the month of March, the association sponsored series of events including Petals from the Prophet, where they distributed flowers to their non-Muslim schoolmates.

The aim of the BU Hijab Day Challenge was to dispel the common stereotypes about Islam and answer the questions non-Muslims have about Islam.

The day concluded with an open discussion titled “What is Islam?” in which the participants shared their experiences and raised questions that had come to their minds throughout the day.

More than 100 Muslim and non-Muslim students gathered to listen to the mostly positive stories. 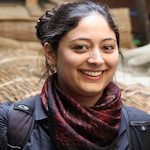