After Long Island Shelter closed in October 2014, many nonprofit groups set up temporary warm centers or expanded their original food pantries to help the homeless get through the harsh winter. Kate Layzer, the community minister of the First Church in Cambridge, started the idea of a Friday cafe for people from the streets to provide hot meals, clothes, boots, books and space. Like the cafe, the Old South Church opened its temporary warm center in January 2015. The homeless can come to eat, drink, chat, store their stuff and take a nap during the daytime from Monday to Friday.

The temporary warm centers at the First Church and the Old South Church closed at the end of March, but many food pantries continued to provide free food to the homeless in the spring. The Action for Boston Community Development, known as ABCD, is an antipoverty nonprofit serving around 95,000 individuals through the Greater Boston area. It provides food pantries in Allston, Brighton, South End, North End, West End, the Fenway neighborhood, Chinatown, Jamaica Plain and Roxbury.

The food pantry also sends out butter, juice and snacks but doesn’t order food such as nuts, which many people are allergic to, Ali added.

The center gets 90 percent of its free food from The Greater Boston Food Bank and the rest from the U.S. Department of Agriculture’s food supplies. The staff also purchases food at discount prices from retailers, Ali said.

The employees prepare each bag of food, which can cover four days’ worth of meals for an adult, and send the bags to people coming to the center. Depending on the number of family members, many people can get more than one bag, Ali added.

Nancy Familia, a mother of two kids, comes to the service center every month and usually takes five bags of vegetables, chicken and some frozen food.

“It’s very convenient for me as I live only three blocks away from here. I think they can send out more flyers, so people in the neighborhood know more about what they can serve,” Familia said.

The center also provides nutrition programs, which have become more popular among the clients, Ali said.

“One program is a proportion program. We not only tell people what’s in their food but also educate them what’s the amount of each element in the food,” Ali explained.

Each week, more than 100 people come to receive the food from the center from Tuesday to Thursday. The guests are homeless people or low-income residents covering almost all ethnicities.

The diversity of the clients causes a huge language barrier for the staff members, Ali said. As the four full-time employees can only speak English and Spanish, they cannot communicate well with some clients who speak Mandarin or Cantonese.

Lisa Swain, the operations manager of the South End Neighborhood Service Center, said they need volunteers who can speak Mandarin and Cantonese.

“Some Chinese clients who cannot speak English can use their smartphones to translate and communicate with us, but some seniors who cannot use smartphones really need help,” Swain said.

Another difficulty is the capacity. People come to sit in the narrow lobby with carts, but others have to wait in the computer lab for additional space, Ali said.

“We’re thinking of a better plan for the winter next year,” Ali added.

Many more nonprofits are taking action to help the homeless. On the map below, you can find a food pantry in your neighborhood: 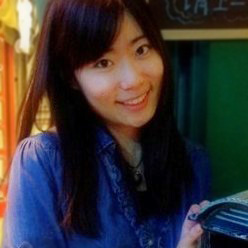