From East Coast to West Coast, the fashion industry is a competitive market. With a new crop of men and women studying fashion and continuously hitting the circuit, it’s safe to say fashion education is never going out of style.

Boston likely does not come to one’s mind as a breeding ground for fashion, but students pursuing fashion here would beg to differ.

Trendsetting New York City reigns supreme as the fashion capital of the United States, while Los Angeles’ hipster scene lays claim to second. With the title of fashion capital comes responsibility to a new generation of designers, merchandisers, stylists and buyers.

Students studying fashion in Boston come from all over the world and from all walks of life. They came to a career in fashion through their personal journeys but many have similar views when it comes to Boston’s fashion scene.

Connecticut native Rachel Linsky studies fashion merchandising at Fisher College. Linsky said she chose to study in Boston because she thought it would be less competitive than New York, adding “I love how laid-back Boston is.” Linksy said she sees Boston’s laid-back vibe aiding the city into becoming a fashion capital. She plans to use her degree to work for a Boston-based company upon graduation.

When it comes to Boston’s fashion industry, “there is more here than most people know,” said James Mason, Massachusetts College of Art and Design assistant professor and alumnus. “Companies like T.J. Maxx and Marshalls, J. Jill, Reebok, Puma, and Talbots, to name a few, are all based here in Boston,” he said.

Mason said that although Boston is home to many major brands, it is not what the fashion scene here is all about. “The scene is not about big brands but creative collaboratives and individuals looking for outlets to communicate their messages,” he said.

German native Dominique Quinque chose to study fashion design at The School of Fashion Design because of its rich history. Quinque said, “I like that Boston has numerous local designers and devoted advocates to bring fashion to Bostonians.” These advocates include the Fashion Group International. “They organize seminars, invite speakers and follow trends,” she said.

“When I went to school for fashion and I would tell people about it they would say to me, ‘I didn’t know you could go to school for that,’ now there’s way more people studying fashion,” said Susan Mullins, Fisher College’s fashion merchandising program director. Mullins said the increased interest in studying fashion today is due to the celebrity culture glamorizing the industry and television shows like “Project Runway.”

Although Boston’s fashion programs draw students to study in the city, they don’t always get them to stay after graduating. Fisher College fashion merchandising student Alyssa Rutski plans to become a stylist in either New York City or Los Angeles. “There’s a lot less people interested in fashion here, she said.”

That lack of enthusiasm is what students say holds Boston back from becoming an elite fashion hub. They believe if Bostonians were to take fashion more seriously, the city would have a better chance at approaching fashion capital status much quicker.

Albert said she’d like to see a more fashion-conscious Boston adding, “there’s a solid foundation for a major fashion scene in Boston like Fashion Week, Liberty Fashion Shows, and Fisher events but it needs improvement.”

“Boston is a fashion hub all on its own,” said Jeffrey Dickerson, who studies Fashion Design at The School of Fashion Design. “It’s a community where everyone knows everyone and is continuing to expand and bring all types of people into its circle: designers, technicians, photographers, models, stylists, and boutiques,” he said.

Boston’s fashion scene is not only infiltrated with fashion-oriented people and groups but with art-based communities who are also a part of it, said Dickerson.“Fashion Week here is not just runway shows, it’s workshops, talks, trunk shows, displays, galleries, merchandise shows, and more,” he said. “It brings together everyone in different ways and I like art in my fashion.”

A look inside: The School of Fashion Design 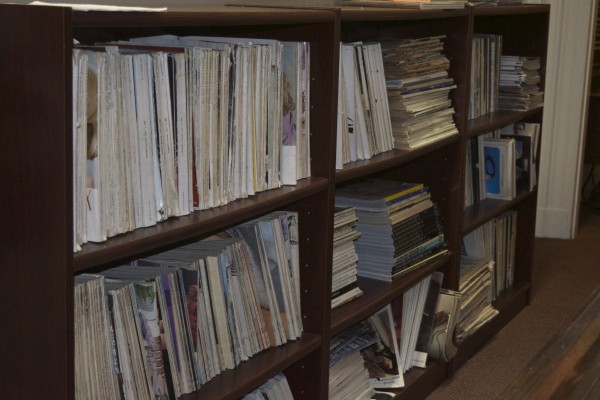 At times, students use fashion magazines from the shelf for inspiration. 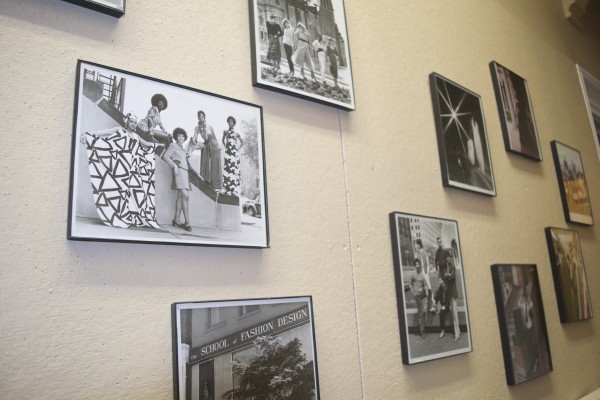 The School of Fashion Design was established in 1934 and is the only educational institution in Massachusetts dedicated exclusively to the study of fashion design, according to the school's website. 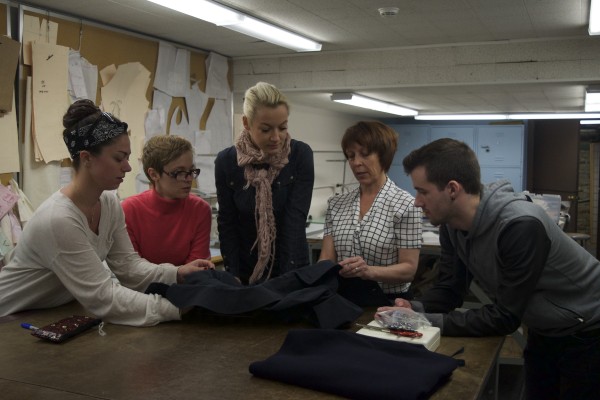 Fashion design instructor and Somerville native, Lisa Taranto, said she stresses to her students to know their target market and know who they're designing for in order to be successful in the current industry. 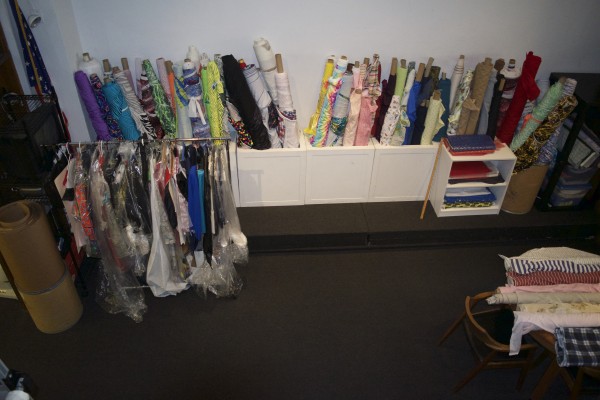 Design materials used by students to create their garments.


Lauren Yandow aspires to leave her mark on pop culture as an entertainment journalist. She has an educational background in liberal arts, English, and the performing arts.

Lauren has always been fascinated in the ability to fuse the culture of music with the art of writing. She has grown up with music and writing as a forefront in her home and heart.

Lauren also has a strong interest in the power and importance of youth education in the Arts.