Born and bred in Boston, John Intonti had never thought that it would be difficult to fulfill his three basic needs – food, clothing, shelter.

He had worked in kitchens of more than a dozen restaurants around Boston.

However, five years ago when he was 65, Intonti lost his job and became homeless. Since then, he has lived at several homeless shelters for five successive years. Though he has been looking for a part-time job, nobody wants to hire him.

“It’s really a depressing life,” the 70-year-old man said. “You have to experience it to know how bad it is.”

He is now living in the basement of a church in Cambridge together with 17 other homeless people. He said he lives on $235 a month from a Social Security check. After spending money on an MBTA pass, haircut, hygiene items and some over-the-counter medicine, almost nothing is left, he said.

“I go buy it beyond budgeting,” he said frustratingly. “Every penny counts.” And since he cannot afford it, he stays away from any social events.

Intonti is one of thousands of homeless older adults that have faced several kinds of challenges in their retirement age.

There are close to 7,000 homeless people aged 51 and above in Massachusetts, and 60 percent of them — around 4,000 — live in Boston, said Singumbe Muyeba, research and evaluation specialists of Massachusetts Housing and Shelter Alliance (MHSA), a nonprofit public policy advocacy organization dedicated to ending homelessness in the state.

Experts said that poverty and financial insecurity are major causes of homelessness. Unlike younger people, older people live on a fixed income – a combination of Social Security benefits and pension. Many people find it hard to manage their small income to meet their three basic needs – food, shelter and clothing.

“So, they absolutely can’t compete in the (housing) rental market,” said Eileen O’Brien, director of Elders Living at Home Program.

“The other issue is the disabilities that often come with aging and make it harder to maintain housing,” she said, adding that people sometimes lose their housing as a result of that.

If someone becomes homeless, the road to other housing can be pretty tough, O’Brien said.

Unpredictable situations can throw someone into the street at any time, said Muyeba of MHSA. He gave an example of a delivery car driver that he met. That man did not notice that his driver’s license had expired. When he realized that it was almost one month overdue, the man had to re-take the test in which he failed again and again. Finally, the man lost the job and became homeless.

Such stories are quite common among homeless older adults.

Twenty years ago, Bill Moynihan had a problem with his wife who shortly divorced him and kept the house. The veteran of the Vietnam War immediately became homeless. As he wanted to overcome painful days, he indulged in heavy drinking. He also said he often quarreled with people around him. Only a few years ago, he saw a psychiatrist and stopped drinking.

The 69-year-old man said he had led a very tough homeless life, before he and his son jointly bought an apartment two years ago with the money he saved from working for years.

She also said that shelters are not designed to be homes for the elderly. “So when elderly people have to go to shelters, they don’t feel safe. They feel shelters are very, very crowded,” she added. Therefore, some older people decide to stay outside and live on the streets rather than go to a shelter, O’Brien said.

Albert, who gave only his first name, is facing the situation O’Brien described.

The 65-year-old African-American said he always feels insecure living with dozens of young people who do drugs in the shelter he’s now in. Once, someone stole his money and some belongings, he said. “Since then, I always carry my luggage with me when I’m out during the day time,” Albert said, pointing at his black bag at a bus stop on Southampton Street.

Because of insecurity and concerns, the health of homeless older adults is poorer than that of their cohorts, said experts.

“Homelessness accelerates the aging process,” said Mark Hinderlie, president and CEO of Hearth, a nonprofit organization dedicated to eliminating homelessness. “People at age 55 who are homeless look as a cohort clinically the same as a housed cohort at 70 or 75.”

The MHSA’s report also states that the life expectancy of homeless adults is, on average, 20 years less than that of housed adults.

In order to fight homelessness, the Boston Housing Authority has a program that offers apartments to chronic homeless people. The federal government defines a chronic homeless person as someone with a disability who has been continuously homeless for 12 months or more, or has had at least four occurrences of homelessness in the past three years.

People have to submit applications to be considered. However, they cannot predict when they will get the room.

“We have 40,000+ applicants on our various waiting lists some of whom are elders,” said Lydia Agro, chief of staff at Boston Housing Authority. “We do not have the supply or the funding from the federal level needed to meet the demand we see.”

She also said, “We must balance the needs of all of our residents and applicants and provide priority points on applications from those that are homeless or in other dire housing circumstances.”

Experts point out that a long-term solution should be in place to prevent the probable rise in the number of homeless older people.  They suggest developing more affordable housing that can be accessible to all young and old people.

Because of skyrocketing housing prices, younger people also face uncertainties to having their own home. “Housing prices are always going up,” said 27-year-old Evan Johnson, who lives in Allston. “Boston is a nicer place to live. But it can be pretty hard to live here if you’re not making pretty good money.”

Limited access to affordable housing is about the same for both working young people and elderly people, said Michael Haran, CEO of Cascap, Inc. “The availability of units is just not there. The market has not kept up with it, and developers are going for the high end expensive units,” he said.

Hinderlie of Hearth said this problem has to be solved politically. “Private enterprise is not going to fix it. It’s going to take public intervention,” he said. In order to change the trend and create a better future, the public has to participate, suggested Hinderlie. “If people care about that, they have to get involved and they have to get engaged,” he said.

In the meanwhile, homeless older adults like Albert are struggling to survive in the streets. They do not know only when they will have a key to their own rooms.

Like other older adults in his surroundings, Albert also submitted an application to get an apartment two years ago. “I haven’t heard anything yet,” he said, shaking his head. “I’m not quite hopeful. The future is bleak.” 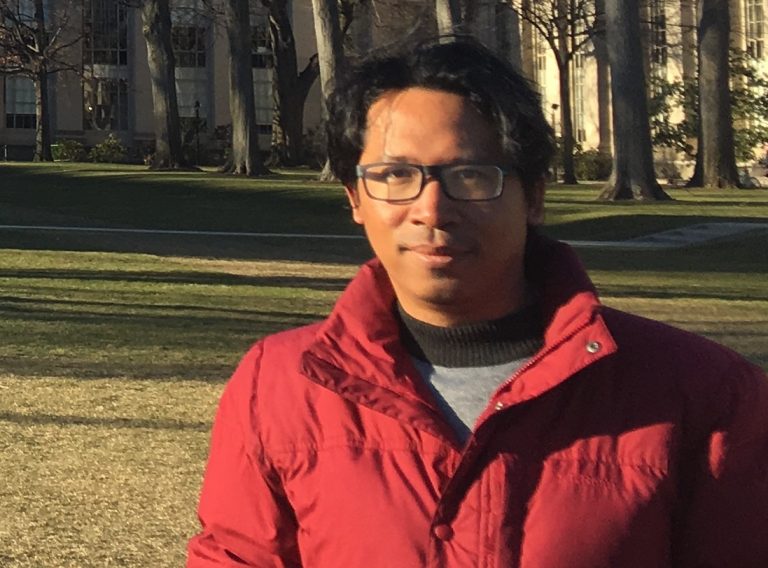