While obesity continues to be a health risk among African-American women, some devoted women across the country are finding creative ways to combat the epidemic. One of them is Katia Powell.

Powell is a holistic health practitioner and fitness trainer in Boston. She has dedicated more than a decade to helping people reach their health and fitness goals. Once morbidly obese, she tipped the scale at 350 pounds at the age of 26. “Food was comfort for me,” she said.

At the time, she wanted to be become a medical doctor, but soon began to realize that her health did not reflect her goals and educational pursuits. It wasn’t until one day she walked into her Roxbury apartment, stared at her reflection in the mirror and asked, “Who is that?” “It was a defying moment for me,” Powell said. “I had dropped out of school, lost my baby, and lost my job. I was becoming one of those statistics.”

Her first plan was to head to the Roxbury YMCA. She bought a membership, and gradually trained up to 4-5 days a week for 60-90 minutes. Within six months she lost 100 pounds. About a year and a half later, she lost another 100 pounds. “Right now I’m at 175 and I’m in the best shape of my life,” Powell said.

Powell faced many challenges on her journey to weight loss, including criticism from family members. Her family lives in both the South and the Caribbean, and their perception of her weight loss was seen as negative. “They thought I was too skinny,” she said. They tried to feed me and plates used to show up at my house on Sundays.” Powell recalled being told that “big-boned and curvy” was in. “I let others’ definition of me be my stopping point, and I had to change my mindset. I cannot keep digging my grave with my fork.”

She then changed her eating habits along with adding workouts. She replaced calorie-dense sugared sweets with fresh fruits and vegetables from local farmers markets. Although eating healthy got expensive at first, she found ways to eat healthier while staying on a small budget. She prepared more meals at home, clipped coupons, and made her own snacks. “Not many people understand the 80/20 rule,” said Powell. “It’s 80 percent nutrition, 20 percent fitness and 100 percent mindset.” She noted that rule is often misconstrued when people want a healthier lifestyle. “I used to think it was more fitness and less nutrition, but I was wrong.”

As director of Health Equity and Multicultural Initiatives at the American Heart Association, she uses her position as a means to properly educate people on cardiovascular disease, and other obesity-related ailments. “Throughout our health programs, we have to move millions of people and encourage them to make these changes in their community,” Powell said. “We can’t do that without multicultural populations.”

In 2013, Powell started Fit Body Squad, a company that provides fitness programs and health coaching, and nutrition education. These free fitness programs are hosted at Madison Park Village every Tuesday and Thursday for everyone at all ages. “It’s very easy for me to charge $10 a workout, but I want to give people no excuse to not come workout,” she said.

She trains between 10-25 participants at a time during her fit camps. Powell takes pride in the physical results and overall changes in food choices her clients make. Though, the numbers may be small, she says her client testimonials are what encourages her to find ways to improve participation in her classes. “We are building our fit camps to have 100 people,” Powell said.

She is also the co-founder of Techtrition, along with her partner Brandon Ransom. Techtrition is a health education company that helps individuals optimize their health through the use of technology. “People have an amazing tool in their pocket called the smart phone,” said Ransom.”We use Facebook and Twitter, but we never think of using our phones for health.” 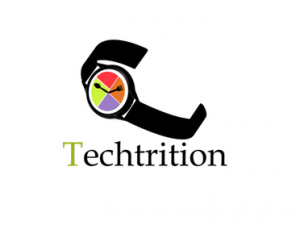 The company launched in February during the business development program “Smart of the City Incubator” opened its doors in Dudley Square. Powell and Ransom collaborated to startup the company to help individuals organize set goals for health through time management skills. Powell has contributed efforts to start the Techtrition’s Connected Nutrition Program, where both she and Ransom are wellness coaches. ” Katia plays an very instrumental role in getting the word out there about our start up,” said Ransom.

Powell has since expanded her work with other community leaders and organizations in Boston. “She has done workshops for me in the past and women really appreciate her love, joy and passion,” said Rica Elysee, founder of Boston Naturals. Powell partnered with Boston Naturals to create workout videos for women who struggle with time management. “ We are hoping that these video become more accessible to women that do not have the conventional hours, like nurses, doctors, or lawyers,” Elysee said.

Boston Congolese poet and community activist, Leonard Tshitenge also collaborated with Powell this year in one of his community education series called, “Consciously Exposed Café,” a monthly forum featuring panels of experts discussing topics of interest to the African-American community. Powell was a panelist. “I wanted to focus on health disparities and create an environment where we can elevate the dialogue,” he said. “I wanted her to be there to talk to the audience about staying active, to be educated, to be informed, and to ask questions.”

Powell said she is working on new ways to keep the community engaged and educated on staying healthy. She hopes that with efforts she can change the lives of others who were once in her shoes.

“No matter where they are with their health, whether they are overweight or underweight, have diabetes or cardiovascular disease, just take the time to know that they can transform their health, but it all starts off with a decision.” 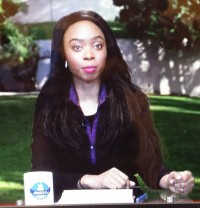 Laura Onyeneho is a candidate for an MA in Broadcast Journalism at Emerson College and graduated Cum Laude from Curry College with a BA in Politics and History and Minor in Communication. She is a contributing writer for the Bay State Banner Newspaper, reported for 88.9 WERS’ Associated Press award winning public affairs show ‘You Are Here” and a Co-Host on the Associated Press- RTDNA award winning Emerson College talk show “Every Women Has A Story” which profiles the lives, obstacles, and successes of everyday women. She hopes to use journalism as a platform to spotlight the experiences of underserved communities both in the United States and abroad.