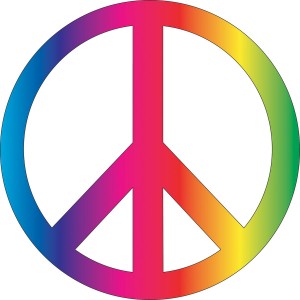 Serenity Jones is a tall, beautiful, blonde woman. Her clothes appear to specially designed for her. There are lots of sequins and glitter. Her eyelashes are long and curled. Her lips a soft pink. Her jewelry sparkles like a chandelier…earrings, necklace. Her voice bold but at the same time angelic. But behind the harmonious voice and perfectly curled hair, Serenity hides a not so pretty past. A past full of defeat, confusion, and personal battles. See, Serenity Jones is really James Adams, a native of Cambridge and a veteran in the LGBT community.

Adams had concerns with his sexuality at an early age recalling his first attraction to a guy when he was only in elementary school. As he got older he felt the signs of his homosexuality become more prevalent, not only to him but to his high school peers as well. He remembers being called a faggot way before he knew what the word meant. Growing up in a pretty conservative blue-collar neighborhood, being different wasn’t the ideal way of getting noticed.

Adams battled with his identity for a long time. He attended Christian colleges in efforts of fixing the “problem” he seemed to have. But even in a setting of strict academia and religious virtues Adams still found himself attracted to men. Eventually, Adams came to terms with his feelings and came out to his classmates prior to graduation. He said he experienced both support and criticism from his college peers. Even though his sexual orientation may have been different, Adams still wanted the same things heterosexual couples want….monogamy and true love.

After embracing his sexuality and publicly confessing it, Adams hit the gay world hard. He said the “scene” is filled with drugs, excessive partying and alcohol, and polygamy. He recalled times of raving for hours and participating in rendez-vous at local bathhouses. (hang-out for gay males)

Adams looked to find his own therapy. His answer was in the form of a wig and high heeled shoes. He became Serenity Jones. This identity allowed him to find a piece of himself that he was searching for. A piece of him that would make him comfortable in his own skin.
Over the years Adams involved himself in activism for homosexuals. From A.I.D.S awareness to recovery programs he has played an active role in trying to make life just a little easier for homosexual individuals.

Despite knowing his attraction for males was real, Adams always had a place in his heart for God. He had called on God plenty of times in his life to help make things easier for him by turning him “straight.” Even though he admits to always being gay, Adams does have some resentment towards his lifestyle and the barricades it has created for him.

However, preconceived notions on homosexuality in the church prevented him from expressing the spiritual love he had. Feeling the religious void in his life, Adams set out to find a church home that was perfect for him. He found the sanctuary he was hoping for at First Church Somerville.
He appreciated the church’s welcome to members of the LGBT community. He also appreciated the church’s normalcy and traditions. But most importantly he appreciated the open arms and acceptance from the members of the congregation. A few years after becoming a member in 2005, Adams set out to leave his mark on the church. He created the Drag Gospel Festival. Both congregation and clergy were encouraged to wear bright colored boas and dramatic make-up. The event was not to mock or satirize church service but to merely bring the congregation that much closer together by sharing unique experiences with one another.

Since becoming a member almost ten years ago, Adams has found himself. Not only has he learned to balance his personal life with his spirituality, but he is able to mentor others by using his past experiences as lessons. 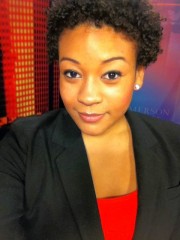