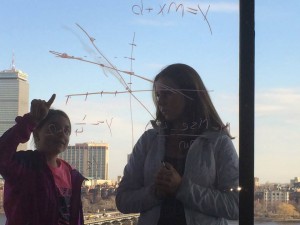 Statistics from the federally funded National Girls Collaborative Project have shown women are underrepresented in the science, technology, engineering and mathematics (STEM) workforce, but efforts to change this are underway in the Greater Boston area.

Shine for Girls is an eight-week program out of the Massachusetts Institute of Technology that teaches young girls how to solve math problems while building self-confidence through formal dance instruction.  The dance movements also help the girls learn math through a process called kinesthetic learning.

Kirin Sinha, a senior at MIT majoring in theoretical math, computer science and engineering, came up with the idea for Shine for Girls when she was tutoring young kids in math.

“One thing I noticed when I was tutoring, a boy always said ‘I don’t understand this’ while a girl said ‘I can’t understand this.’ And the difference between don’t and can’t is the key difference to why girls will fall out of math,” she said. “The girls don’t believe in their own ability and that, at the core, is a self-confidence problem and you can’t just address that by just addressing the academic portion of it.”

Sinha turned to the activity that she felt helped build her self-confidence: dance.  She has experience in ballet, tap, jazz and traditional Indian-style dancing and now dances professionally.  She attributes her success in mathematics to the confidence she built as a dancer and has now found a way to combine her two passions to inspire and teach young girls.

The Shine program is unique in that is teaches mathematics principles through dance movements.  For example, to explain algebra, the girls can assign a different movement to each part of an equation.  If x= leap and y= twirl, 3x+2y would equal 3(leap) + 2(twirls) and they would have to execute the movement.  The program consists of these problem-solving games in addition to learning a choreographed dance and math tutoring.

Sinha and a group of women in both dance and STEM fields teach the program.  These young women spend two hours with the girls every Wednesday afternoon serving as both teachers and mentors.

Michelle V. Porche, associate director and senior research scientist at Wellesley Centers for Women, has studied gender in STEM fields and has found that there is a correlation between high school girls talking about majoring in STEM-related fields in college with their reporting that somebody, a teacher or adult, having actually talked and encouraged them to consider it an option.

“There are not many women pursuing this field so it’s hard to have a vision of what that would look like,” Sinha said. ” There is no one to go to for advice, so instead you get societal images of what it looks like to be a woman in science and how it is not cool or glamorous as a job.  And I think that is very deterring.”

Shine sounds great to Porche. “I think more of these kinds of programs would be really effective because it is another way of introducing science and math to girls who may only be exposed to very stereotypical ideas of what science and math is,” she said.  “They may think that just working alone in a lab coat is not very appealing, but seeing how science and math is a part of the every day is very valuable.”

Sinha said the program has been effective.  Sinha gave tests at the beginning and the end of the program to measure the improvement the girls have made.  She found marked gains this spring and hopes to see even larger improvement once she refines the curriculum.  Sinha plans on running Shine for Girls over the summer and expand the program to school systems in New York as well as overseas when she heads to the University of Cambridge in England for her Ph.D. 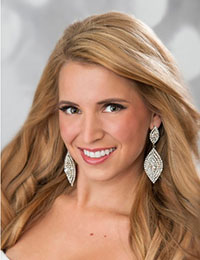