Educators and activists alike are speaking out on the differences that being in school can make for a person who identifies as transgender. Massachusetts passed an anti-discrimination law in 2011 that prevents anyone who is transgender from being discriminated against in a school or workplace. This law, however, doesn’t explicitly include public spaces outside of school or workplace in its language. This creates a gray area for those who are transgender; they say it creates uncertainty of their treatment once they are out in public.

Essentially, it is legal to be transgender and hold a job at a restaurant, but a transgender person could also in turn be refused service at the same restaurant. In Massachusetts public elementary and secondary schools, however, students are legally allowed to use the bathroom of their chosen gender and reportedly have not had any issues. This creates the illusion that transgender students are free from discrimination during the school day, but when they leave school, are faced with a different experience and conflicting laws. 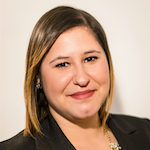