Vinyl records are still popular among varying generations of Bostonians.

Matthew Peiffer, a recent graduate of Berklee College of Music, said he thinks vinyl sales are resurging because records seem new to younger people despite having been around for decades. “I think vinyl is definitely making a comeback in that people are more or less used to the mediums that are out now, and are re-discovering the magic of it,” he said.

Tim Riley, a music scholar and assistant professor in the Journalism Department at Emerson College, grew up at a time when vinyl was the leading medium for music, and still collects records.

He thinks vinyl survived over the years because not every album made the conversion to newer mediums. “For a long time, there was stuff that was on vinyl that you couldn’t get on CDs,” Riley said.

Sales of new vinyl albums increased 30 percent in 2013, a strong indication that more artists are putting out work on vinyl and more customers are picking up records.

PJ Gray is a lifelong vinyl collector and a member of the Cambridge-based DJ group Soulelujah, which only spins vinyl 45s at their shows. He says playing vinyl is a deliberate choice because it gives the audience a special experience unlike most others. “We want vinyl. We want that aesthetic as part of the night. And that means something to us,” he said. 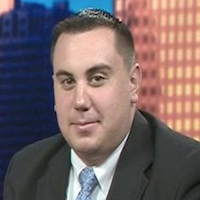