Hospital emergency rooms treat patients who may be traumatized for a myriad of reasons. ER nurses and doctors hold the responsibility for taking care of multiple patients at a time, treating those whose injuries require the most immediate attention first. When a victim of sexual assault enters an ER for care, they become one of perhaps hundreds of patients who need attention.

But the attention a sexual assault victim requires differs dramatically in that it can take hours to conduct a thorough rape exam on a patient who is also in need of immediate trauma-informed care.

Cheryl Re, nurse and co-director of the Massachusetts Sexual Assault Nurse Examiner (SANE) said this is a large part of the reason for the SANE program’s existence.

“That ER nurse is working in an ER that, in general, is very busy. And she has several patients,” Re said. “And she has to leave all of her patients, give them to someone else and go into this room with this patient for four or five hours and it disrupts the entire ER,” she said. “So when we come in, we come in just to care for that one patient and we take that off of their plate.”

Re explained that sexual assault patients are medically cleared by ER staff when they enter the hospital to ensure they need no further medical attention. The patient then has the opportunity to ask for evidence to be collected and consent to an exam by a SANE nurse.

SANE nurses receive specialized training in guiding their patients through an extensive exam that includes collecting DNA evidence as well as talking with the patient and taking a full historical record of the attack.

The rape kit is an organized box of envelopes that includes documents that must be filled out by SANE nurses as they go through the exam. They take pictures of any physical evidence on the patient’s body and collect hair, debris from the crime scene and any other physical evidence that might be useful in prosecuting the offender. But the goal of the SANE program is to take these steps while focusing on the well-being of the patient.

“One of the major things with rape is it’s really a crime of power and control,” said Joan Sham, director of the Massachusetts SANE program. “People feel the loss of control. So that’s one of the big things that we try to do in a trauma-informed approach is to help somebody regain control and so they have total control over what they want done during this exam.”

In addition to specializing in collecting quality DNA and historical evidence for investigators, SANE nurses can be called to testify at trial as to what they have uncovered during their exam with a patient. Holly Broadbent, assistant district attorney and chief of the Suffolk District Attorney’s Domestic Violence and Sexual Assault unit says it is not necessarily the DNA evidence that makes SANE nurses valuable to prosecutors.

“Any medical professional can be taught how to take a swab,” Broadbent said. “We’re happy when we see a case with a SANE involved because we know they followed the right protocol and the right documentation.”

The Massachusetts SANE program got its start in 1995 with an un-funded mandate by then Gov. Bill Weld, who heard that successful prosecution rates were higher in sexual assault cases when a SANE nurse was involved, Sham said. Training began and the program received funding in 1997 to operate in four Massachusetts hospitals.

For more information on the SANE program nationwide, click here.

Since then, the program has become available in 27 emergency rooms across the state, and in 2005 began treating pediatric patients. Massachusetts has the only pediatric rape kit based on the “do no harm” principle, Sham said.

Sham explained that the Massachusetts SANE program is the only such program in the country that is coordinated on a state-wide level. The program divides Massachusetts into six regions, each with its own coordinator. This type of organization enhances the SANE program’s ability to better care for its patients. Nurses in each region become familiar with follow-up services in that area that continue to support patients long after their treatment by a SANE nurse.

SANE nurses also coordinate with local rape crisis centers that provide victims’ advocates who sit-in on the exams to offer more support for the patient.

“Whenever SANE is paged to respond for evidence collection, advocates go,” said Katia Santiago-Taylor, Manager of Systems Advocacy for the Boston Area Rape Crisis Center. “I think that the combination of both the SANE nurse and the advocate is ideal. The SANE can do the paperwork while the advocate can do the ‘chatting’; engage the survivor in support.”

“I think a SANE nurse is best practice,” Santiago-Taylor said. “They’re a lot more sensitive to survivors than a regular nurse.”

Most of the nurses in the Massachusetts SANE program have backgrounds as registered nurses, obstetrics and gynecology, critical care or women’s health nurses, Re said. Their expertise is high before they enter the program, but the experience can be as difficult for them as it is for their patients.

“You are one-on-one with a patient and you are feeling everything they’re going through at probably the worst time in their life,” Sham said.

For that reason, regional coordinators in the SANE program are available to debrief their nurses and offer meetings once a month to discuss cases anonymously. This type of support is necessary and useful for SANE nurses, 40-percent of whom have been in the Massachusetts program for ten years or more.

“I think the fact that you’re in a room with the patient for several hours at a time and you’re really very intimately close to them, physically close to them and touching them you really do have a bonding over the period of time that you’re with them,” said Re. “So I think you’re both a little transformed by the end of the experience.” 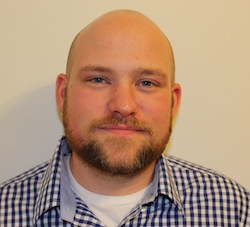