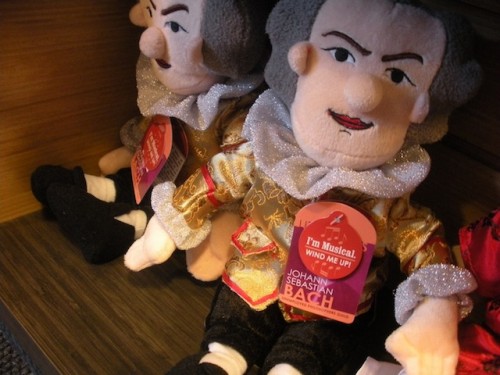 Classical music culture isn’t a shirt.   You can’t just put it on day and expect an immediate fit—you have to let it grow on you.  At least such is true for the genre’s youngest supporters.

Davis is a former film scoring student at Berklee College, who’s scored some independent films (e.g. a movie called Desirium) as well as a late-night infomercial (i.e. for the Fushigi Magic Ball).

Davis plays in rock bands, primarily as a drummer, and cites experimental rock bands like Radiohead and Portishead amongst his greatest music influences.

“To me, classical music of the 20th century was the pinnacle of complexity and experimentation in music,” Davis said, adding, “and to a certain extent it is the only way I can get my harmonic fix.”

Davis recalled how he found his way to the genre.  “My first experience with classical music was when I was about 9 years old, when I first heard the soundtrack to ‘Jurassic Park.’ The score is not classical, but John Williams takes a lot from some of the composers that I got into during my time at Berklee.”

Interestingly enough, his indoctrination came about not through mandatory violin lessons from overly-insistent parents, but rather by the steps of his own musical journey.

On the flipside of Davis is Tessa Sacramone, a violin performance student at Boston University.  She says her parents are 100 percent responsible for her interest and occupation within the genre.

Sacramone said, “I didn’t have a desire to play.  I think I was too young.  So I just did it because I was told to, then kept going with it I guess because my parents wanted me to.”

But eventually that forced exposure took on some personal meaning. “I think classical music has always been associated with a somewhat high-brow attitude, but it really doesn’t have to be.” She added, “I think if you’re part of that world, it also seems to be less that way, when you just think about the music instead of all the other formalities that surround the performance.”

Tessamone also sees a lack of exposure as a reason why others might not enter into the genre so easily. “I don’t think a lot of people are exposed to classical music when they are young,” she said,  “and therefore are less interested in it.  It also may be that it is not as sonically instantly gratifying, or that it doesn’t feel contemporary enough to the listener, like how electronic music reflects the trends in technology today.”

Objecting to the idea that classical music is just a matter of antiquity is Ira Pedlikin, director of artistic planning and education at Boston’s Handel and Haydn Society.

Pedlikin said,”There’s that ever-present question: ‘are we trying to reproduce what was done hundreds of years ago, or recreate it…?’ I think sometimes people get stuck in trying to think of it as a reproduction, which I think is a little unfortunate.  It’s like trying to redo a painting as opposed to trying to paint in that style and what was done back then and try to adapt it in a modern way.”

“I listen to classical on YouTube,” wrote Mario Carloni, 25, a research assistant at the Center for Policy Analysis, in an email. Carloni enjoys playing classical guitar, although he’s had no formal training.  He describes classical music as being “multidimensional, vivid, [and] moving.”

Although Carloni doesn’t make a habit of attending classical performances in person, what appeals to him most about the genre is the intellectual stimulation. He said, “I consider classical music ‘heavy listening’, in that it demands thought.” Does he feel like an outlier amongst his peers? “Yes, popular music reflects the minds of the populus. Dull, lol.”

Carloni said he became interested in the genre at 5 or 6, and that his parents played classical music in the house almost daily.

Also very much influenced at a young age is an economics student at Bates College named Aaron Nickelsberg.  And it’s no small note that his father, Paul Nickelsberg, is on Boston Baroque’s board of directors.

Nickelsberg said, “There is no doubt that growing up in a household filled with classical music affected me interests and tastes. My parents certainly encouraged my involvement but I feel living with the music has fostered my interest and enjoyment the most.”

A witness to the merits of early exposure to classical music, Pedlikin said, “There are a lot of concert people who started coming to hear Messiah when they were a kid with their family, and then as they got older they started to try to come to some of our other concerts, and expand it through that way.  So some of it can be based on experiences as kids.” 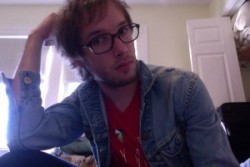