While combat sports are inherently violent, gyms such as the Brazilian Martial Arts Center in Somerville and teen programs like the Training for Life Program in Medford attempt to flip the script. Both use mixed martial arts as a tool to improve their member’s lives.

The Brazilian Mixed Martial Arts Center in Somerville isn’t the biggest gym. But David Sullivan, one of the boxing and muay thai coaches, said it’s exactly the right place for him.

It’s around 8 p.m. on a Wednesday, and youngsters are everywhere in the gym — playing in the cage (yes, cage) and wrestling on the judo mats. Grown men and women are training in their combat sport of choice (boxing, judo, muay thai, etc) but the kids manage to safely play while the adults manage to safely fight.

The gym hosted a showcase on April 4. Fighters were able to show off their skills in friendly but competitive matches. Crowds of family members and friends leaned against the cage, supporting their favorite fighter. Pizza and soda was on sale for cheap, and admission was only $10 for one of the gym’s favorite fundraisers.

LJ “Vendetta” Scarcella fought James “Jimbo Slice” Squires in a friendly, three-round muay thai bout. The match ended in a draw, after which Scarcella turned to gym owner Marcelo Siqueira and, with a smile, asked, “That’s it?” Scarcella and Squires embraced after the decision was announced.

And after every fight, raucous applause filled the small, self-described “family friendly” gym.

Scarcella’s mom was one of the attendees. Her shouts of “Go LJ!” were among the loudest in the room. 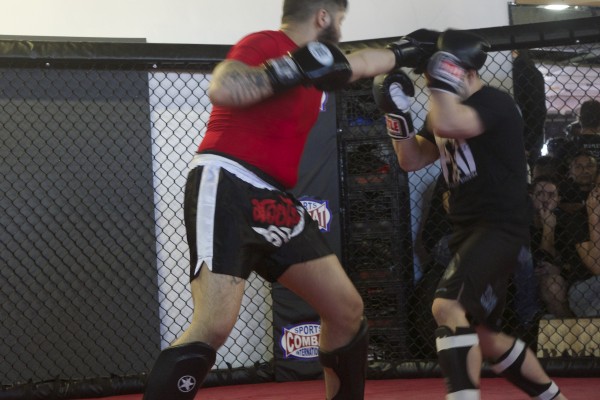 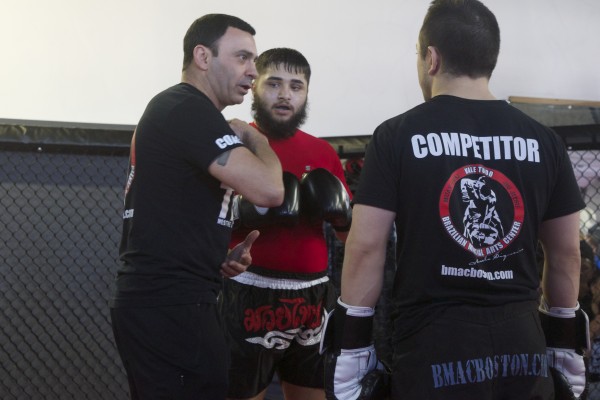 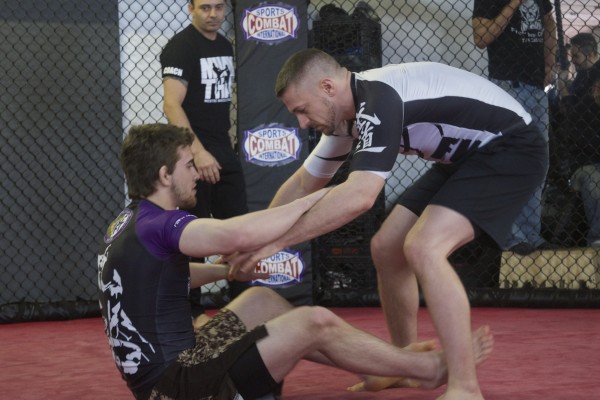 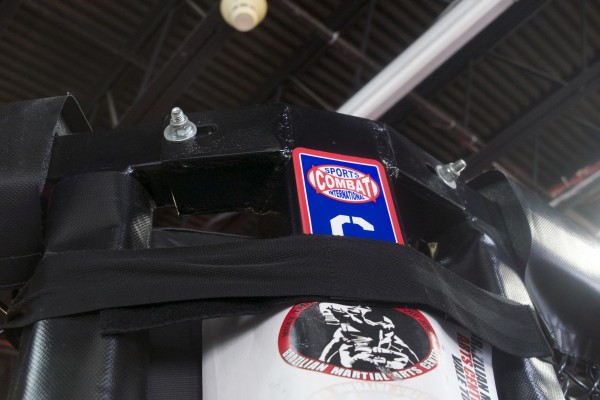 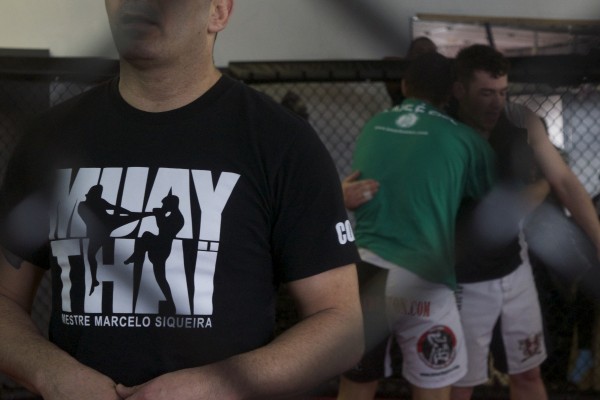 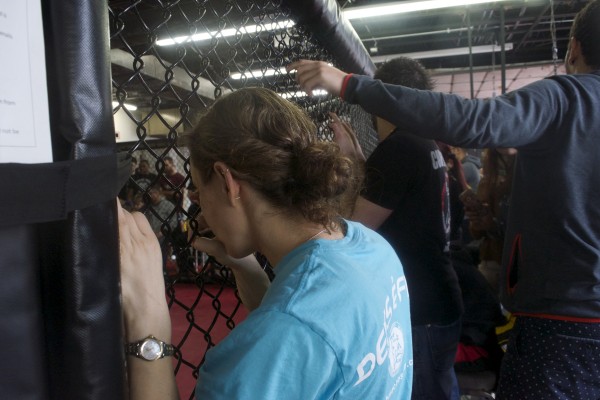 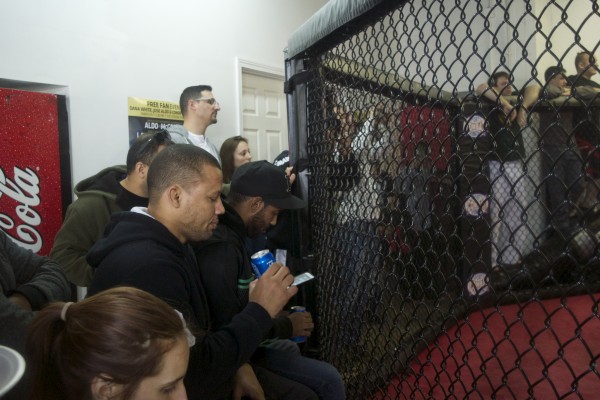 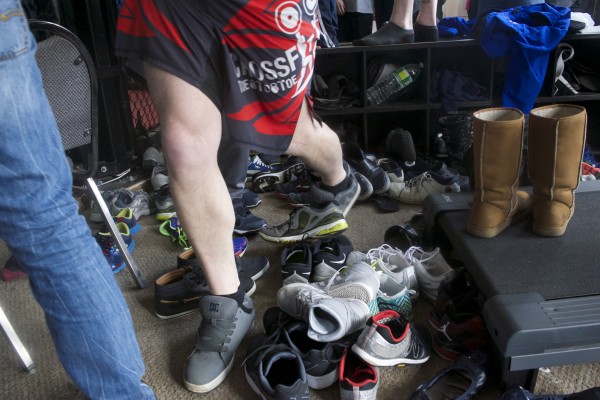 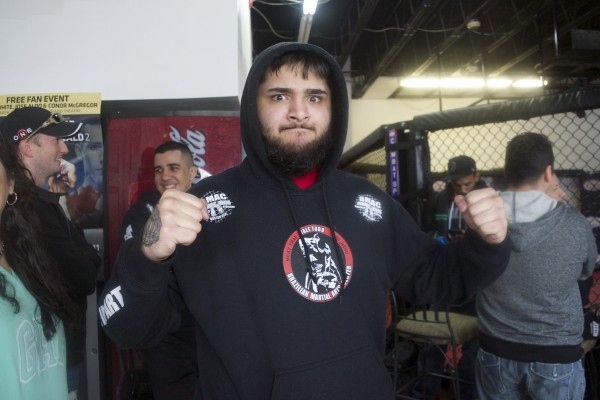 The purpose of the program is clearly stated on its Facebook page: “Our community does not have the positive after-school outlets of a YMCA, Boys and Girls Club, or community center, we intend to solve that problem.”

The Training for Life Program has been around since 1979. The program’s goal is to “provide safe and positive after-school alternatives to Greater Boston at risk youth.”

Dan Parks is Training for Life’s director, a position he’s had since 1991. The boxing and combat sport aspect was what initially drew him to the program.

“It’s gritty, and it’s something the kids respond to,” Parks said.

A number of young people who have gone through the program have gone on to college. Two former program members earned scholarships to Northern Michigan University. Other success stories include members who have earned their GEDs, who have successfully completed parole and have not returned to jail, and other members who have achieved sobriety.

Parks said he measures the program’s success not just by the number of young people who go on to college, or even graduate high school. “For a lot of the kids, not having a drink of alcohol for a year is a huge thing,” he said.

A large reason for the program’s success is its mission to keep kids busy, off the streets and around positive influences. Big Brothers Big Sisters published a study in 1995 that illustrated the importance of mentorship programs by comparing kids who worked with mentors on a weekly basis versus those who didn’t work with a mentor at all.

Scarcella knows Parks well, and he credits him, along with combat sports, as what ultimately turned his own life around. Scarcella said he actually lived with Parks for a time after his family faced eviction. “He was a mentor to me, more than a mentor,” said Scarcella. “He’s a great human being.”

Parks had equally sincere words to describe Scarcella. “He’s a smart kid,” said Parks. “Articulate, well-spoken. He could have a great future ahead of him.”

Now, Scarcella has a full-time job as a gym manager at the Brazilian Martial Arts Center, and continues to train as an amateur fighter.

Sullivan, one of his coaches, is touched by Scarcella’s energy, exuberance and spirit. “He’s like a little brother to me,” said Sullivan. “We’re both Winter Hill kids. We’ve both been around it all — drugs, addiction — but this is such a good place. Coming to the gym is just great.” 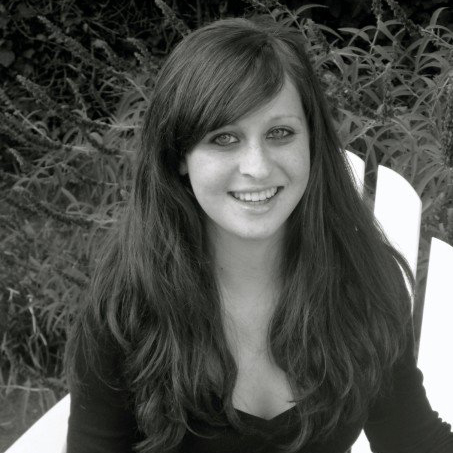