Before hospital births, episiotomies, epidurals, forceps, Pitocin and much more, there was just…birth.  The location and rituals varied, but all over the world, women gave birth about the same way: un-medicated (though natural remedies may have been used), with a midwife or an equivalent, and almost always exclusively in the company of other women.

Before the concept of a “high-risk pregnancy” was recognized, maternal and especially fetal death were common, as there was no way of knowing if something was going wrong internally and medical interventions were primitive at best. But the majority of women delivering the “old-fashioned way” lived. For most women, pregnancy and birth are natural, normal, healthy processes. Today, this idea is embraced by advocates of more natural birth, in midwifery, the medical community, and by expectant mothers.

However, there is no definition of what “natural birth” is; it means different things to different people. For the most part, people agree that natural means vaginal delivery, no drugs and no surgery. But there are those who think a woman can have a hospital birth and have it still be considered natural, and others who believe a true natural birth takes place at home, with a midwife. There are other scenarios in between that people consider natural, too.

Birth itself is “natural”

Michelle Malette is a registered nurse certified in patient obstetrics and maternal newborn nursing, and a labor and delivery nurse at the Elliot Hospital in Manchester, N.H., about 50 miles northwest of Boston. Malette works with women through every stage of pregnancy and birth, and over time has learned what “natural” means to each patient.

“I talk to people a little bit more about what they mean by ‘natural’ birth, and really what it is, is they feel like it’s a non-medicated, non-interventional birth, with a big piece of it with the stress on the pain relief,” Malette said. “To a lot of women, natural birth means, ‘I don’t take any drugs, I deliver my baby vaginally, I go through the pain and tribulation of labor, I experience it with all my capacities, without any outside chemicals or anything entering my body.’”

“Really, all birth is natural,” she said. Golen added that when a patient does ask for a natural birth, she asks her to be specific about what that means to her.

In Boston, women’s natural birth experiences vary. Liz Myers, 32, of Jamaica Plain, is currently in the second trimester of her first pregnancy and is planning a natural birth at home with a midwife. She said the choice was an “organic” one for her considering her lifestyle.

“As I’ve kind of built my own adult life after college, I’ve gotten more interested in sustainability and wanting to that way,” Myers said. “And I’m a coach and a leadership consultant, so I’m in the whole business of consciousness-raising in my clients — like, that’s what I do. When you combine all those things, it just makes sense that I would do a natural birth.”

The choice to deliver at home, for Myers, felt, well… natural.

Home birth was painful, but worth it

Molly Lawney, 27, of Jamaica Plain, had a birth experience that was about as natural as possible: at home, free of any medical interventions, and attended by a certified professional midwife and an apprentice midwife. A public health master’s student at Boston University, Lawney’s decision to not deliver in a hospital was based in her existing knowledge of hospital statistics of medical interventions such as C-sections, induction and epidural administration, and of the safety of delivering at home for a healthy woman with a low-risk pregnancy like herself.

“I’m just terrified of hospitals,” Lawney admitted. She considered the Cambridge Birth Center at Cambridge Hospital but decided against it after learning their transfer rate – the number of women who are transferred to the hospital after the birth center staff deems a labor and delivery to be high-risk – saying, “I was not really comfortable with almost a 50 percent chance of ending up in the hospital.”

While she admits that delivering her daughter the old-fashioned way was very painful, Lawney said she wouldn’t have had it any other way.

“Even though it was not an enjoyable experience by any means – probably the hardest thing I’ve ever done – I do think I did it the way I wanted, and I would definitely do it that way again,” she said.

Laura Stubbart, 34, of Roslindale, took a more modern approach to her natural birth. While she did opt out of medical interventions, she delivered her daughter at Newton-Wellesley Hospital, and an obstetrician attended her birth.

“I don’t really feel like if everything goes normally, that you need medical intervention,” Stubbart said.  “I feel there’s more that could go wrong with unnecessary interventions.”

While she was generally pleased with the care she received from her obstetrician, Stubbart said she would probably choose a midwife for her care if she becomes pregnant again.

“Just the general attitude of the doctors [was] almost alarmist about little things that I knew weren’t really a big deal,” she said. “[The doctor who attended my birth] wasn’t even somebody from the regular OB practice who was on call; it was somebody from a sister practice, somebody I’d never met, who didn’t know me at all … My water hadn’t broken yet, and the first thing out of the obstetrician’s mouth was, ‘So, when we break your water…’ I was like, ‘Um, no. We’re not doing that.’”

And sometimes, interventions are necessary

Bridget Colvin, 35, of Roxbury, had different experiences with all three of her children, one intervention-free and at home, and two with interventions.

“I was in active labor for a really long time,” she said of her first birth, which was ultimately induced with the drug Pitocin. “I ended up getting an epidural after, like, 48 hours of labor, and then he was born really quickly after that.”

While the epidural was helpful in starting the delivery process, Colvin said she and her partner didn’t think a hospital setting was the best place for a long labor like she had.

“We thought we’d try a home birth with our second,” she said. “That was a long labor too – that was 26 hours – but he was born with no interventions, easy.”

They planned for another natural home delivery with their third, but because the baby was in a difficult position and had a short umbilical cord, things didn’t go as planned.

“After about 48 hours or so in labor with him, we went over to [Brigham and Women’s Hospital],” she said. “I had an epidural, and he was born shortly after that.”

Colvin is a natural birth educator and promotes intervention-free birth whenever possible. However, as a woman who has benefited from epidurals, she believes they do have their place.

“Maybe there could have been other that things we had done differently to not get to that position, but I don’t regret the epidural in both cases,” she said. “It was what we were ready to do. It was a good choice.”

So the choice of  a  “natural” birth is just the start of sorting through available options that include, but are not limited to:

Christina Van Becelaere, 27, of Roslindale, delivered her son, now 5 months, with an ob-gyn at Tufts Medical Center, without drugs or surgery. She does not believe the concept of a “natural” delivery needs to fit into any one box.

“Even though I do believe in what I’ve done strongly, I do believe that every woman deserves the labor that she wants,” she said. “I don’t think there should be any judgment.” 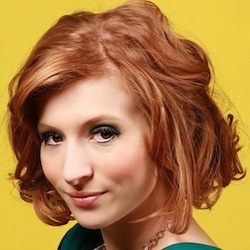