The media is arguably one of the most powerful tools at our nation’s disposal. It has the power to educate, effect social change, and determine the political policies and elections that shape our lives.

Research shows that the demographic behind what we read, and see on the news leans away from a fair system. Females make up 51 percent of our nation’s population, and according to Women’s Media Center, but only 31.6 percent of women are telling the stories we hear. 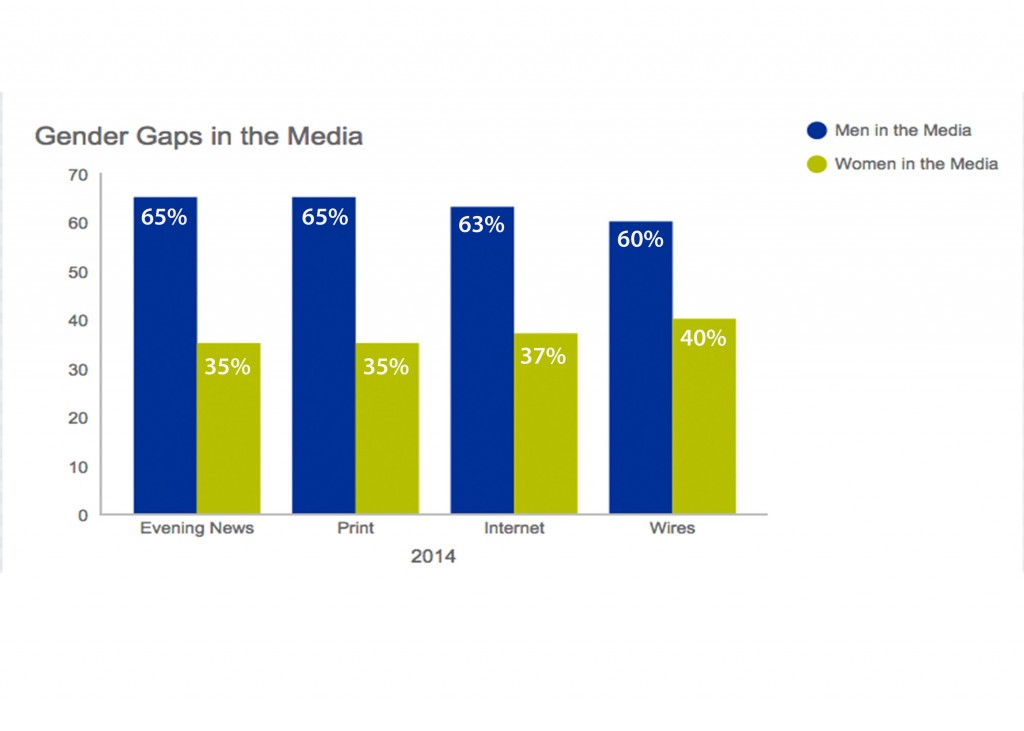 Concerns over the sexual objectification of women in the media, gender bias and the disproportionate media coverage female candidates receive over male candidates is a never-ending debate.

Keri Thompson, a political communication lecturer at Emerson College, said this false portrayal of women has to do with the gender gap in the companies that run the media.

“If you look at the hierarchy of all of our media conglomerates they’re all old white men who are in charge so they all have a very specific world view and a message they want to get across.” Thompson said. “Most stations and channels are owned by the same people. There’s definitely gonna be an issue there until we see a change in leadership.”

Only a quarter of women are on the board of directors for the top six media corporations in the United States: Time Warner, CBS, News Corporation, Disney, Viacom and GE.

So few women are in leadership positions it prompted the Pew Research Center to conduct a study which surveyed 1,835 random Americans to find out why more women aren’t in leadership roles. 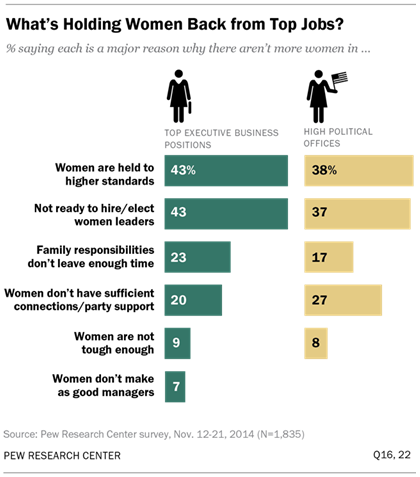 Advocates like Women’s Media Center, who are striving to end sexism in both digital and print channels, believe if more women were represented on these boards, there would be a more accurate and positive representation of females.

Erika Falk, author of “Women for President, Media Bias in Eight Campaigns,” argues in her research that the media historically trivialize women candidates and portrays them in stereotypical ways.

Marissa Szabo, external affairs coordinator for the Massachusetts state auditor agrees with Falk and thinks it is an even bigger issue. “You are still by and large bombarded with this demonized images of feminists in the media.” Szabo said. “I think it discourages younger generations of girls from wanting to go into the field of politics.”

Massachusetts State Auditor Suzanne Bump agrees with Szabo and feels the media doesn’t show the most realistic images of women.

One of the most heatedly debated topics of 2008 was Hillary Clinton’s presidential campaign for the Democratic Party nomination. Political commentator Glenn Beck described Clinton as a “stereotypical bitch” and news correspondent Tucker Carlson said “When she (Clinton) comes on television, I involuntarily cross my legs.”

“During Hillary Clinton’s run for president the first time, everyone was judging her lack of emotion.” Szabo said. “Once she cried in front of the cameras she all of a sudden was too emotional to be in office. There is definitely a double standard.”

In 2014, in response to the media scrutiny she received, Clinton said on MSNBC, “We have created very difficult hurdles for people who want to serve, who believe they can lead, to be able to do so, and the media has intensified that.”

Shannon O’Brien, former Massachusetts treasurer from 1999-2003, and Democratic Party nominee for governor against Mitt Romney in 2002, believes there are rules a female candidate must adhere to when running for office.

“For me, I knew I’d be a better governor but I knew I didn’t fit the stereotype so I did have to dress differently, I did have to work on how I projected myself.” O’Brien said. “Women have to work hard at projecting themselves, at dressing and modulating their voice and that’s not easy to do.”

Andrea Campbell, a candidate for Boston City Council in District 4, agrees with O’Brien that a female candidates have to think about appearance more than male candidates. However, she wants to see more women be themselves which she said resonates more with the voters but is also challenging.

Besides worrying about your physical appearance in the media, female candidates must also succumb to what Thompson sees as severe scrutiny. Thompson said the media paint a false image of women in leadership roles and in turn discourage women from pursuing these careers. “Men can wake up one day and say ‘I’m gonna run for governor,’ but you’ll see with a lot of women they seem a lot more concerned with not being qualified even if they have a great resume,” she said. “I think a lot of that is because of the messages we see through media.”

Thompson said a woman has to be asked at least six times before she even considers running for office which Thompson believes is due in part to lower confidence and self esteem but also because of how harshly female candidates are treated.

“The media oftentimes are a lot harder on women.” Thompson said. “You hear a lot of adjectives used not only for appearance but for her for voice, the way she carries herself, the outfits she wears, her hairstyle; there is this materialistic image focus for women and I don’t think voters themselves are as sexist as we think they are, it’s a media coverage problem.” 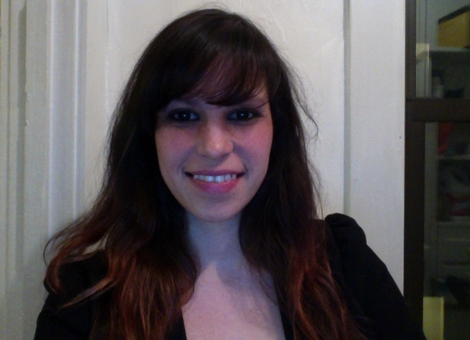 I am a journalism graduate student at Emerson College in Boston, MA.

I grew up on Long Island, New York with my mom, two brothers and two sisters. I graduated from SUNY New Paltz in 2012 with a Bachelors degree in English-Creative Writing and a minor in Communications and Media.

I am a multimedia journalist with experience in news production, and news writing for both radio and television broadcast as well as long and short form print.

After I graduate in May 2015, I hope to be a multimedia journalist, writing and telling stories about real people and real news on the local, national and international level.