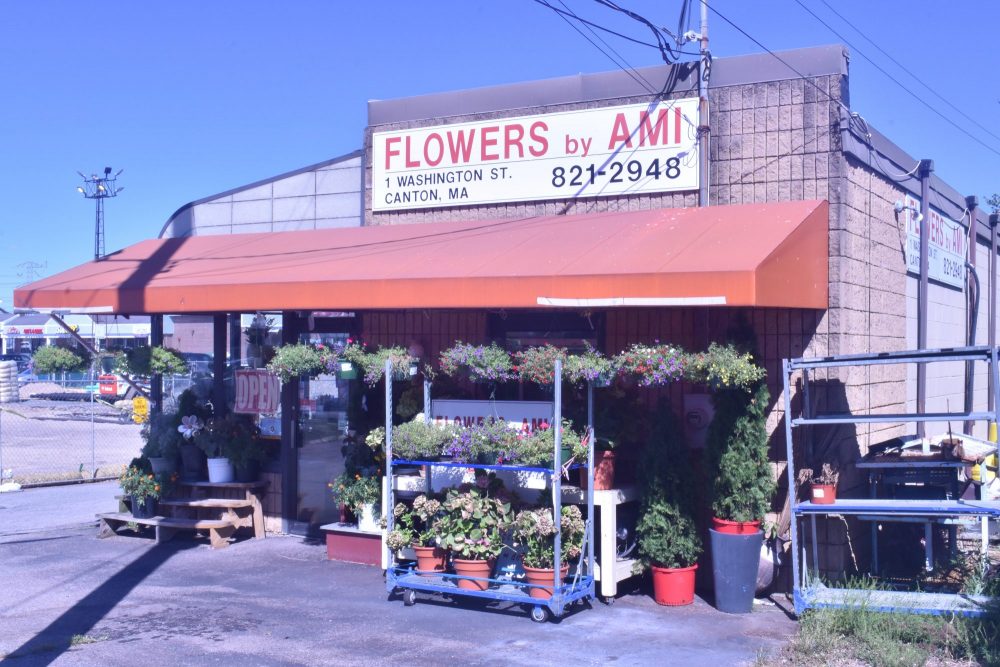 Having loyal customers pays off during a pandemic. Forming those bonds by giving a little extra in good times has been a key to success for Flowers by Ami, a neighborhood florist in Canton, Mass.

After the initial spread of COVID-19 that hit the states in March, Massachusetts Gov. Charlie Baker announced that businesses deemed unessential must stay closed for safety precautions. Many local floral shops were forced to close but Flowers by Ami, a 35-year-old shop, was able to run with some restrictions.

“We were open the whole duration, yeah, because deliveries were not a problem and you know, you wear gloves, you wear the mask, and it’s just a nice thing because we did a lot of graduations with balloons and flowers,” said Martha Ben-David, co-owner of Flowers by Ami.

Although the mom and pop shop are a staple in the town, they’re still worried about the fate of the shop.

“At first, I was really worried with the COVID because we still have over $3,000 a month to pay rent every month and I didn’t know how we were going to do it.”

This quickly turned around for the flower shop as they started to reach out on social media to inform their audience that they were still open. Their support followed suit as birthdays, holidays, and special events popped up.

It’s no surprise that many were on the search to purchase flowers during the pandemic. A behavioral study conducted by Harvard University found that flowers could decrease stress, and heighten relaxation, energy, and even compassion.

Some customers would call the shop, in search of their flower fix.

“In the beginning [customers] would call and say ‘Oh, you’re open?’ we had to kind of get the word out but we never closed down the website, and the deliveries and so now people know and, you know, I think they’re just grateful we’re around and when they can’t go to someone’s house, we’ll go for them,” said Ben-David.

Thankful to their community and customers for keeping the shop alive and booming during this time, employees tried to stay healthy and follow protocols set by the state. Proper social distancing, wearing a face mask, and keeping surfaces and hands clean was necessary to keep going during the surge.

“We basically hired family and people close to us who we knew were healthy and we all wore masks,” said Ben-David. “He set up cones six feet apart, and we basically monitored the people outside and thankfully no one got sick.”

Despite advisories, Ben-David was positive that customers would come for their arrangements especially on holidays like Mother’s Day. The community always supported the shop, even from the start when they were selling arrangements out of a bucket in a parking lot.

Financially, Flowers by Ami saw its best Mother’s Day ever as sales skyrocketed and many were looking for gifts to give Mom.

“We really weren’t prepared because two days before the Board of Health came, and normally we hire seven or eight extra people ‘cause of the volume and they said you can only have family here, nobody can come in the store, and you can’t even do curbside pick up,” said Ben-David.

Customers from all around the Canton and Boston area continued to order flower arrangements by Ami. The sustained services formed a bond that allowed their customers to rely back on the shop during their hard moments. Isolation and distancing are becoming the new normal, but with less retail options available, flowers can be the perfect gift.

“There’s no stores open, right? So, what am I going to do? It’s Mother’s Day, her birthday was in April, and I defaulted to flowers,” said Jaime Leger, new customer at Flowers by Ami. “You couldn’t take her to dinner, couldn’t go get her a gift, so flowers were the huge default to that, and she loved them.”

Having only lived in the area for about a year and a half, Leger found that many of his friends and colleagues were encouraging him to take a look at Ben-David’s shop for their stacked arrangements.

“Clientele are very loyal because he [Ami Ben-David] gives twice as much as any other florist, and he’s not that concerned with money because he loves flowers so he’s going to do it anyways,” Ben-David said.

No off days, long hours, and preparation are not even a second thought to Ben-David and his employees because of their passion and commitment to their customers.

“We haven’t had a vacation in a really long time, we’re every day of the year except for one day, and it’s his life, he loves it. It’s not something he’s doing just to make a buck,” said Ben-David.

The mutual support between the shop and customers has given Flowers by Ami the opportunity to thrive during one of the most difficult periods in the floral industry. With a 6.2 percent decrease in sales just in 2020, a spike in sales is generally unusual based on data gathered by IBISWorld, an industry market research organization.

The gratitude is reciprocated as many customers like to spread the word of their services, and help the shop gain more publicity.

“She did a beautiful arrangement after work, after the closed, and I knew they were closed because I was in the center, it’s Cobb’s Corner in Canton,” Leger said. “She stayed after work, did the thing just for me, and I went and picked it up.”

After working for about an hour and a half after close time, the arrangement was completed, and Leger was still able to surprise his wife with a Mother’s Day gift the next morning.

“She didn’t do this for any reason, but she must love her job,” said Leger. “For people to stay late on a Saturday, especially a woman right before Mother’s Day was just amazing but we won’t forget it. We’ll be so loyal to them.”

Creating floral designs that’ll evoke emotion is part of the job, especially since many arrangements are used for personal events and holidays like weddings, birthdays, funerals, and Mother’s Day among many other occasions.

“During the pandemic I was recovering from surgery and received flowers from my friends at work in Boston by Ami,” said Cyndi Casey, customer and Canton resident. “In the month of May it was National Nurses Day, Mother’s day and my birthday, so there were a lot of deliveries from them.”

Connecting with others in the community has helped those stay in contact and build emotional bonds with others throughout periods of isolation. Limited options caused mental health disruptions worldwide, but there was always someone to turn to if you could find the right place.

Having the florists open was beneficial for many, including Leger, “Now they’re trying to find an alternative, they do these little parades for birthdays and that’s what the florist kind of is for these holidays and special occasions.”

Moving forward, there are still many things to keep in mind with COVID-19 and possible shutdowns. Like others, the owners and customers of the shop are very eager to see what the future holds as they believe this a time that could be useful for the industry.

“We’re on the other end, whatever we can do to continue serving the community while we’re here – we can do it and I don’t see that changing,” said Ben-David. “I thought it was going to affect us negatively, but it hasn’t so I’m assuming it’ll either go back to regular or we can just keep doing a little bit better because of it.”

There is no way to fully halt the natural celebration of life, and businesses like Flowers by Ami are excited to keep riding the rising trend that local florists have seen in recent months.

“To me, personally, when I got a bouquet of bright yellow flowers all arranged, that was my dose of positivity and sunshine,” said Cyndi Casey, customer and Canton resident. “So, I choose happy and I continue to choose Ami.” 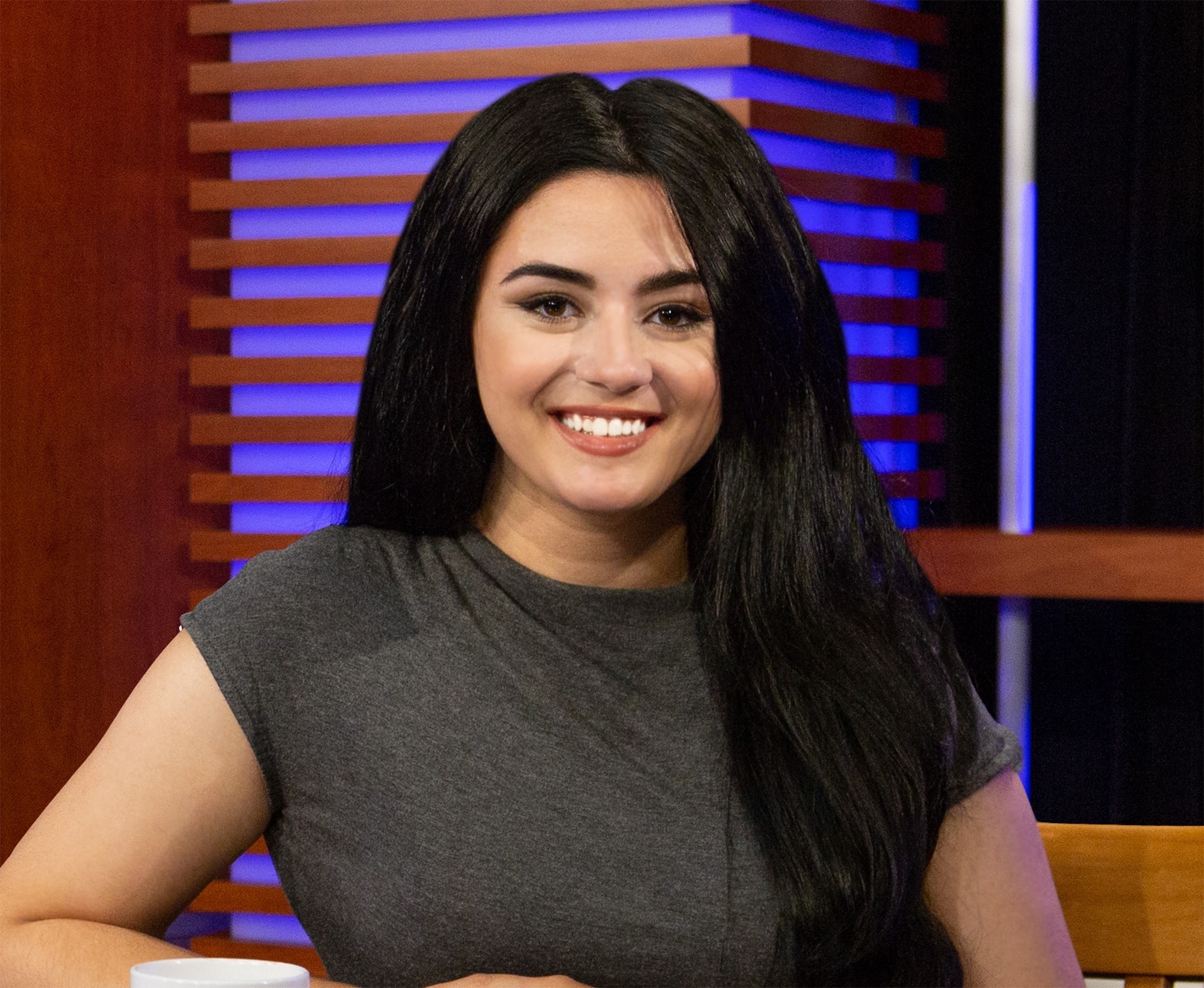